Those two words ‘eagerly anticipated’ can seem hackneyed in the music industry but Benjamin Francis Leftwich’s second album After The Rain was just that and for good reason. It came after a hiatus of a few years since his acclaimed first album Last Smoke Before the Snowstorm in 2011. Much has happened since then, but now the excitement builds for a special date at the Norwich Arts Centre on the 21st Sept which EOE learned more about after Ben agreed to take our morning phone call for an update.

‘Morning Bro,’ said Ben to the background sounds of a rock n roll sounding housemate or one of the band. ‘Just hold on a minute’ and we were out in his garden as it were, in Ben’s north London base (he’s originally from Yorkshire) and talking about his recent touring which has included a long list of venues the other side of the Atlantic. 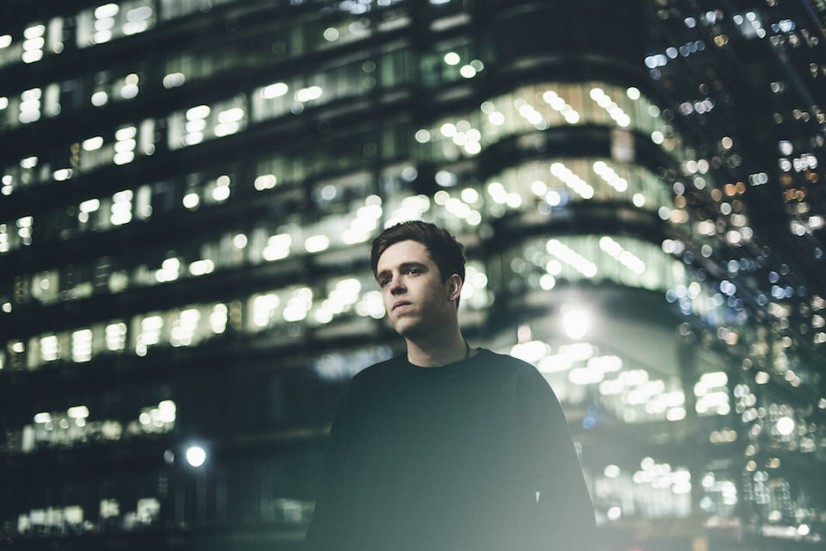 ‘It’s a bit chaotic, we’re just off to Shanghai,’ he said. Then after the 16th Sept gig in China, back to Norwich a few days later! I had to ask about his name (s). ‘Benjamin is Jewish-Polish,’ he said reflecting a pre-Yorkshire influence. Melded with the RC-sounding Francis we were already talking multiple influences to Benjamin Francis Leftwich’s remarkable creative urge.

Five years on from ‘Last Smoke’ Benjamin has returned with Tilikum, the first cut to be shared from his new album, produced by Charlie Andrew (Alt-J, Money). Listening to this and other tracks it has an intimate yet also grand sound, born out of the low times that came with his father’s illness and death.

Tilikum is the opener, written in a living room opposite his father’s old house, at a time when Ben returned to York to take positive influences to counter the isolation of grief but also to ‘find peace with myself’: Tilikum struck the spark of energy that fed into After The Rain. The sound has influences that range from the melodic (The Beatles) to free flowing Indie, alternative, folk (Fleetwood Mac is an influence).

Clearly Ben has high hopes for the album, already materialising with wonderful feedback: ‘To have a person email me to say, this is the most moving song; it really helped me, that does it for me.’

Ben’s following is massive and burgeoning. In online terms that means over 150 million global Spotify plays, and his first album has sold 100,000 copies worldwide. But it’s great news for East of England fans that he’s back in a Norwich stronghold and ‘favourite venue’, the ‘amazing’ Norwich Arts Centre. An impressive string of dates follow, starting the next night at Islington Assembly Hall on 22nd Sept, then Cardiff’s The Gate (23rd) with gigs in Bristol, Nottingham, Manchester, Leeds then up to Glasgow (30th) and Aberdeen (1st October).

So with the UK dates mingled with the overseas tours comes an openness and desire for others to engage with his music and After The Rain came out to great acclaim last month on Dirty Hit (where he is label mates with The 1975 and Wolf Alice). The music is beautiful and honest. It is, as they say, real and it is no accident, it felt significant that our nine-year-old daughter instantly made a connection to the balladic yet grand sound-wall moments of the tracks.