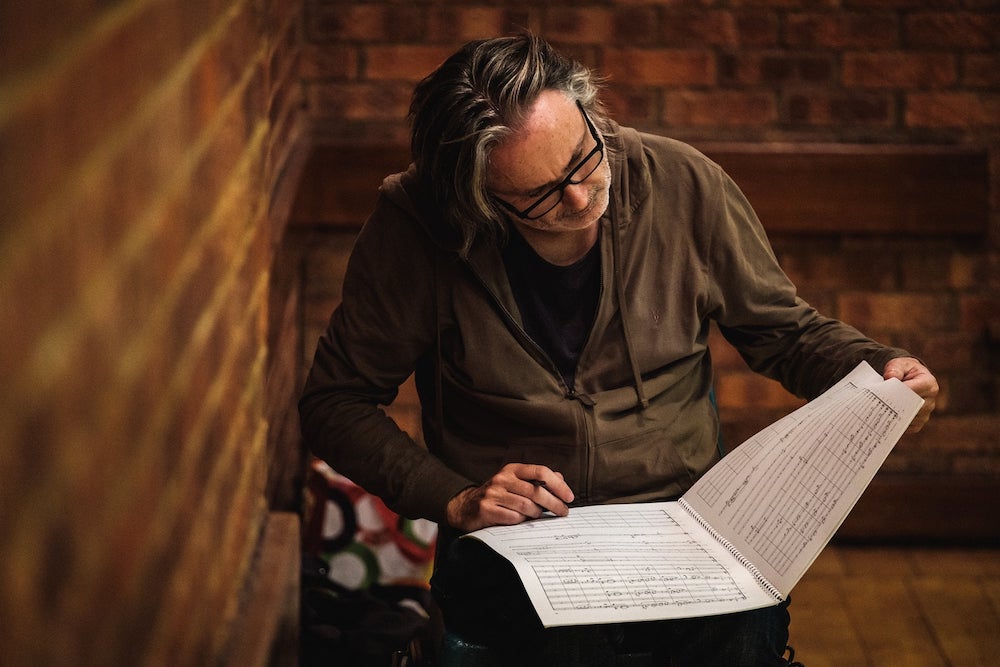 How wonderful to see the return of Ely Sinfonia to Ely Cathedral to give a live concert. It didn’t disappoint either – far from it, this magnificent orchestra, under the baton of Steve Bingham, positively shone. With the addition of the brilliant soloist, Philippa Mo, and the amazing composer, Colin Riley, the programme was spell-binding.

The evening opened with the delightful ‘Invitation to Dance’ by Carl Maria von Weber arranged by Berlioz. The piece exuded charm and grace of a past era. With a variety of expression, the presence of a light-hearted waltz was ever present.  It was in this piece that the woodwind proved themselves one of mainstays of the evening with their cohesiveness and purity of tone.

By way of contrast, we were then treated to a contemporary piece based on an invented phrase from a Thomas Hardy poem: ‘stream-shine’. It is amazing how two words can inspire a whole atmospheric composition to reflect a sense of fleeting light on an ever-moving stream. The soloist was splendid and because of the fascinating way in which the composition was fashioned, she not only led powerfully, she became an integral part of an overall mesmerising effect. The composer used long sustained notes in multifaceted chords, pizzicato ‘droplets’, and deep percussion to create a sense of being there, witnessing the buoyancy, depth and movement of the sparkling stream as it reflected sunlight and its myriad effects. The success of this work was made evident by the very high standard this orchestra has achieved.

After interval, an old favourite, Brahms, and his fourth symphony was played. This familiar work warmed our hearts as the four movements captured the psyche of Brahms and his emotional depth, elongated, poignant melodies and rich harmonies enhanced by the beautiful sound of the strings. The first movement, particularly, was rich and tuneful, when we could appreciate the full tone of the strings. In the second movement the woodwind played particularly well again. We thoroughly enjoyed the romp in the third movement and in the final movement, the tonal potency and amazing cohesiveness of the cellos was one of its many special features. The brass, and percussion were positive contributors to this symphony too, and throughout this symphony the skill of the conductor was particularly noticeable as Brahms’s ability to create inner tension with his cross rhythms was beautifully and effectively brought to the fore.

This was indeed a magnificent evening. It is so pleasing to be back. We look forward to their next concerts: Saturday 30 April 2022 featuring Mahler and Dvorak and on the 24th of September with Finnish music at the centre.  www.elysinfonia.co.uk