By: The Lord Chamberlain’s Men

The Old Palace gardens in Ely reproduced the dark magic of Shakespeare’s Scottish Play for a hundred or so theatregoers who had escaped the Euro 2020 football glut.

Despite a chill northeasterly wind the sun shone from the west as it descended to a midsummer’s skyline and the Lord Chamberlain’s Men gave a very special performance to blast all thoughts of pandemic third waves away (although all precautions were taken).

Ronnie Yorke was excellent as the doomed Macbeth, with Rhys Warrington pushing the envelope as Lady Macbeth, his pushy spouse.

“What’s done cannot be undone,” is so stark and true to the play and in many ways to the macro choices being made today across the globe. To sit and listen in this beautiful setting with Ely cathedral rising close over our right shoulders was very special.

Samuel Lane as Banquo, violated with blood around his head and rising in ghost form was chilling and there were many other fine performances by the likes of Maximilian Marston as Macduff – to give one more.

What struck this reviewer (who travels up to Macbeth country via the very 21st century flightpath between Luton and Inverness airports next week) was the camaraderie of the actors and their well practised and yet seamlessly original interaction on Morgan Brind’s set. Some ancient a capella only added to the vibe.

The LCM cast are travelling this summer over 17 weeks and 10,000 miles to bring this powerful play to some of the wildest and most beautiful buildings in the land. It was a privilege to see them and catch them if you can, or look out for their next tour. They play at Norwich cathedral on July 9 and Ickworth House on 22 August, for example, and Pentillie Castle in Cornwall on 21 July. 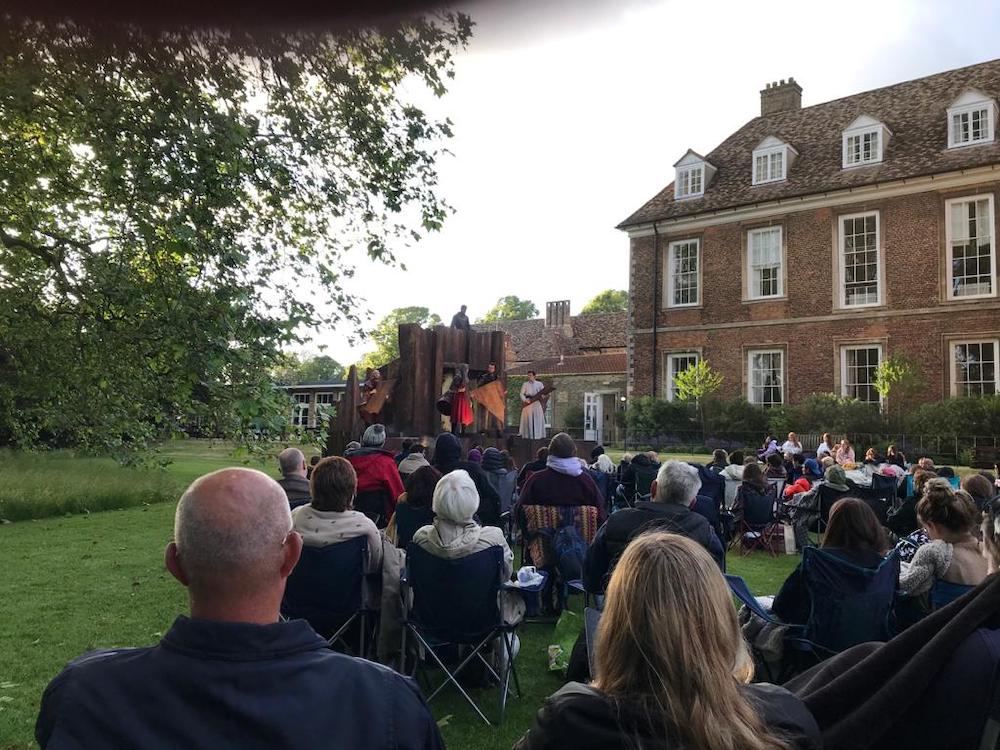