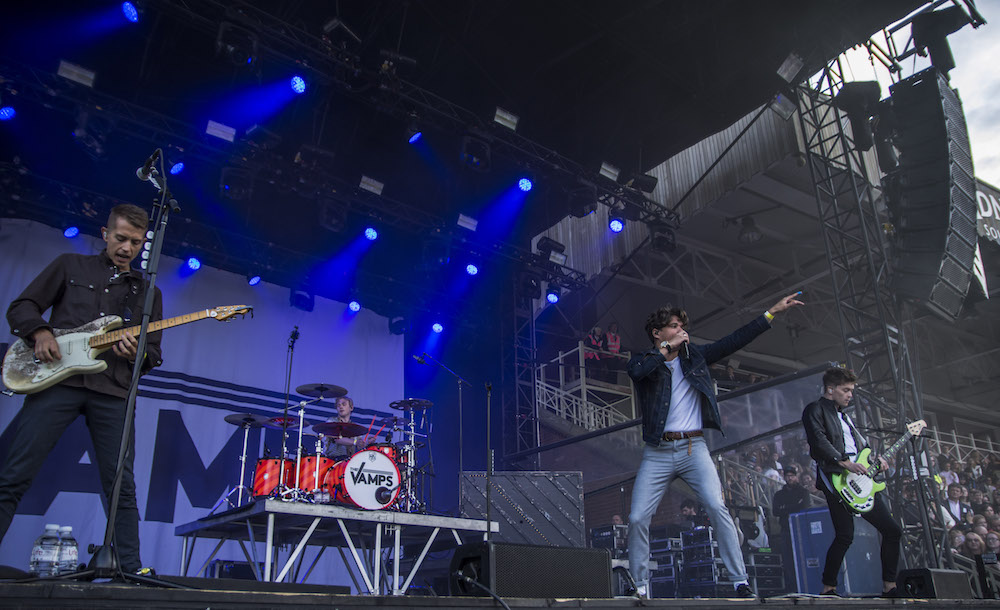 We were reminded that the summer season was drawing to a close when a brief but heavy downpour threatened to wash out the evening at the July Course. Luckily the sun returned and the weather warmed again as we took to the finish line to watch the penultimate race. My daughter and her friend delighted in the excitement of the horses thundering past them, before they took their positions in front of the stage to await The Vamps. The final race was the historic Newmarket Town Plate, first initiated by King Charles II in 1666, and we were amazed to watch it being decisively won by a 64 years old veteran jockey! 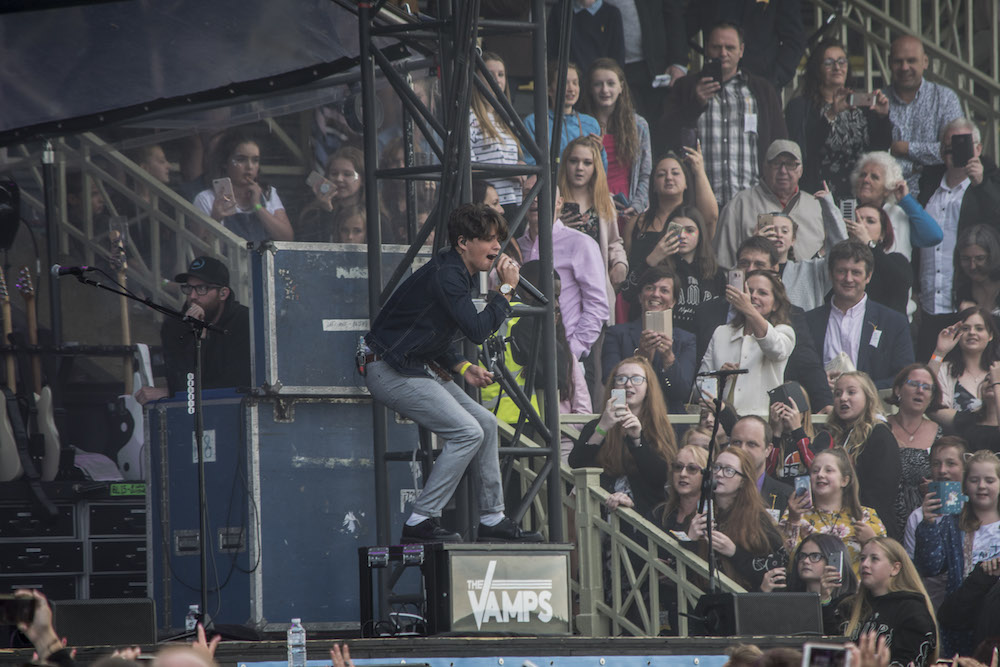 The crowd around us, however was much younger; full of fresh faced girls and families with small children or pre-teens. The Vamps are a four piece, platinum selling, British rock-pop band who first broke into the public gaze via YouTube. They have a strong following and were greeted with a huge roar of approval before both band and crowd launched into song, with the sea of smiling faces all singing along loudly and word perfectly to every track. The Vamps were exuberant and full of energy, obviously enjoying their fame and the opportunity to perform live to an appreciative crowd. Although the stage was very different from the original setting of the Town Plate, I think King Charles II would have approved of their flowing hair and party antics. The boys bounced around, accompanied by the shrieks and squeals of their predominately female  fan-base. They belted out a range of songs from their first three albums, including their hits ‘Wild Heart’, ‘All night’ and ‘Can we Dance,’ as well as their own take of the old Simon and Garfunkel track, ‘Cecilia’. After an hour of playing they left the stage, returning after a few minutes for a much requested encore. Another successful, ‘feel good’ day at the races. 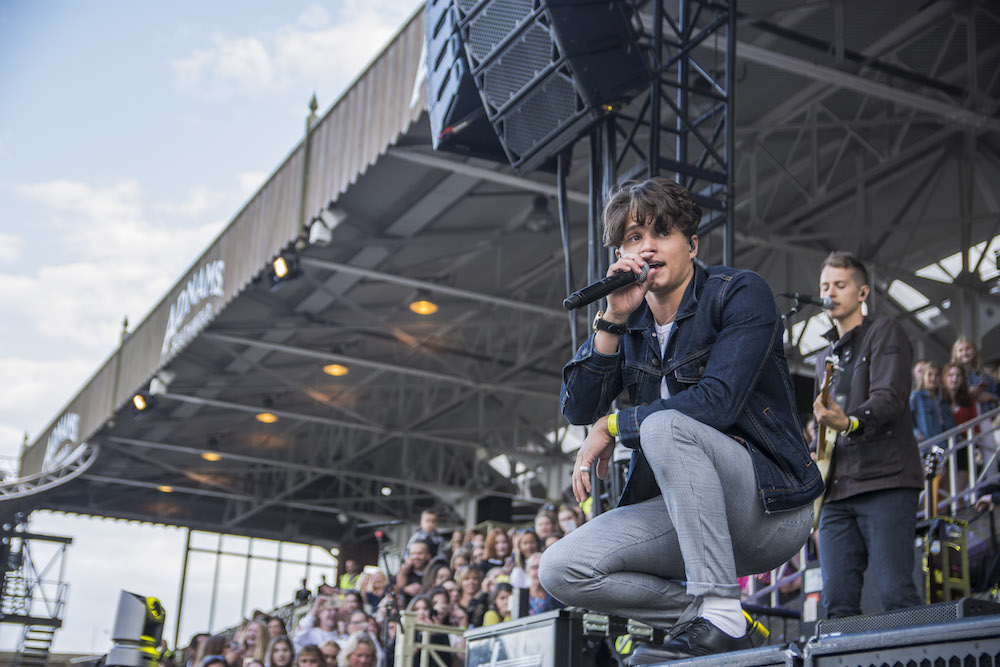