On another big 350 (350 years since King Charles II brought his court founding horse racing history) July evening Ricky Wilson and friends stepped back on to the July stage to wow racegoers.

I first noticed the Kaiser Chiefs at Glastonbury 2005 where they had star quality, yes, with hits like I Predict a Riot belted out as though it were their last performance – and most noticeable in fact was that energy and sheer enjoyment of a band breaking through to the big time.

Well it was wonderful again with another perfect July Racecourse sunset the backdrop to a long and energetic set with unusually this summer, a Who tribute instead of the almost obligatory Bowie cover.

Popular The Voice coach Wilson was as good as ever, playing his legions of female (and male) fans, packed into a hooching crowd of thousands at the Adnams July Course.

An earlier crowd pleaser was Frankie Dettori winning on Dazzling Rose in the 8:25 race and it set up a grandstand night out. 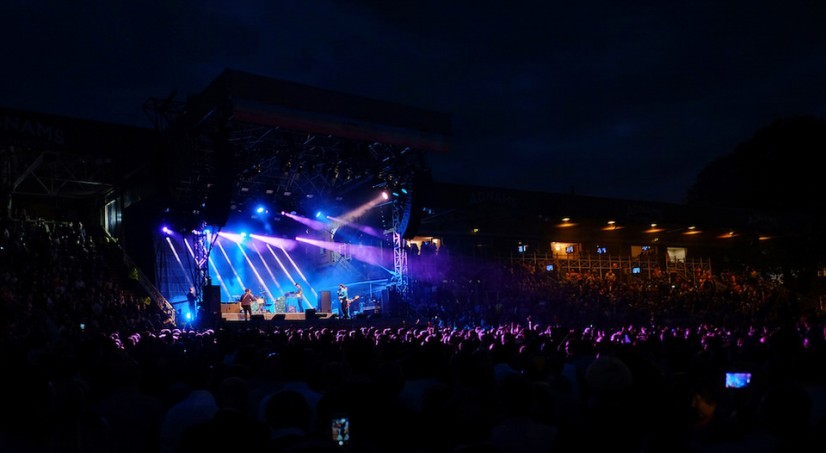