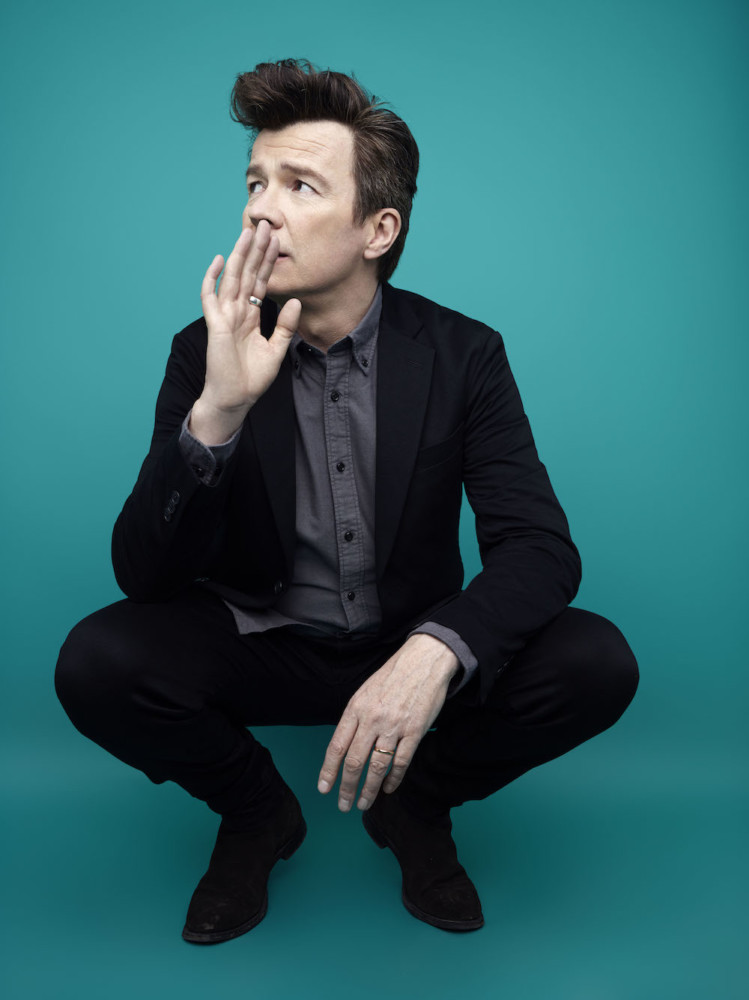 When I was asked to review Rick Astley’s gig in the Cambridge Corn Exchange I didn’t think I would find anyone who wanted to go with me. Like many people, the only song I knew was ‘Never Gonna Give you Up’, so I was delighted to discover one of my closest friends is a huge Rick Astley fan! She introduced me to his new album ‘Beautiful Life’ in the car on the way to the gig, and I was pleasantly surprised by the quality of the tracks and how easy they are to listen to. When we reached the venue the queue was snaking round the building and we only just made it in on time for the support act which was another blast from the past, Gabrielle, who is promoting her new album, ‘Under My Skin’. Gabrielle opened the show with her hit ‘Rise’ which sounded just as good as it did when it was first released in 2000. She performed a short but powerful set, showcasing some of her new tracks which had a mix of styles ranging from her classic trademark sound in songs like ‘Show Me’ and her version of ‘Thank You’ to a slightly more Macy Gray feel with the song ‘Breath’ . The new album sounds like a very promising return for a talented and clearly heartfelt singer. She closed the set with her iconic hit ‘Dreams’, which never grows old and got everyone in the mood for a bit of nostalgia.

Rick came on to an empty stage with just his guitar and kicked us off with a couple of songs from his new album, which are nothing like the pop based tunes he was originally famed for. The curtain fell away and his band appeared against a highly effective backdrop of lights and video. Rick launched into a fantastic track, ‘This Old House’ from his previous album, 50, which was much edgier and far more powerful than I’d expected. Rick’s vocals are clear and have a richness that must have developed with age. The chemistry between him and the band was great and you could tell that they all enjoyed playing together, and ‘play’ was definitely the feel of the evening, which was full of silly crowd banter, in-band jokes, self –depreciating digs and a genuine feel good factor from people just out to entertain and enjoy themselves in the process. Cambridge is the smallest of the venues Rick is playing on this tour and he seemed genuinely pleased to take advantage of the intimacy that the venue provides. The set was a revelation to me, as it was far from my pre-conceptions. Rick and his fabulously gorgeous backing singers took us on a musical tour which included rock tinged ballads, bluesy guitar riffs, eighties  pop, raunchy soul and even some Prog Rock (!?) accompanied by a myriad of memory inducing seventies album covers and the personal story behind Rick’s own musical journey initiated by his siblings after his parents’ divorce. The set even included a brilliant mash-up of George Ezra and Paul Simon, some Daft Punk voice synthesizing and a snippet from the Bagpus theme tune (Rick certainly knows his fan base age group). The performances were strong and the songs had surprising depth to them. Rick’s delivery was self effacing and he is clearly extremely grateful to everyone who contributes to his life both professionally and personally. Although the crowd were enjoying the mix of more recent songs, the desire for his most notable hit was heavily felt, especially by Rick himself who I am sure is sick of having to sing it. He closed the set with a marching band rendition of ‘Shivers’ and the crowd went mad as the band marched off stage without singing that tune. In true entertainment fashion, Rick did not disappoint his fans and returned to belt out his number one crowd pleaser during the encore.