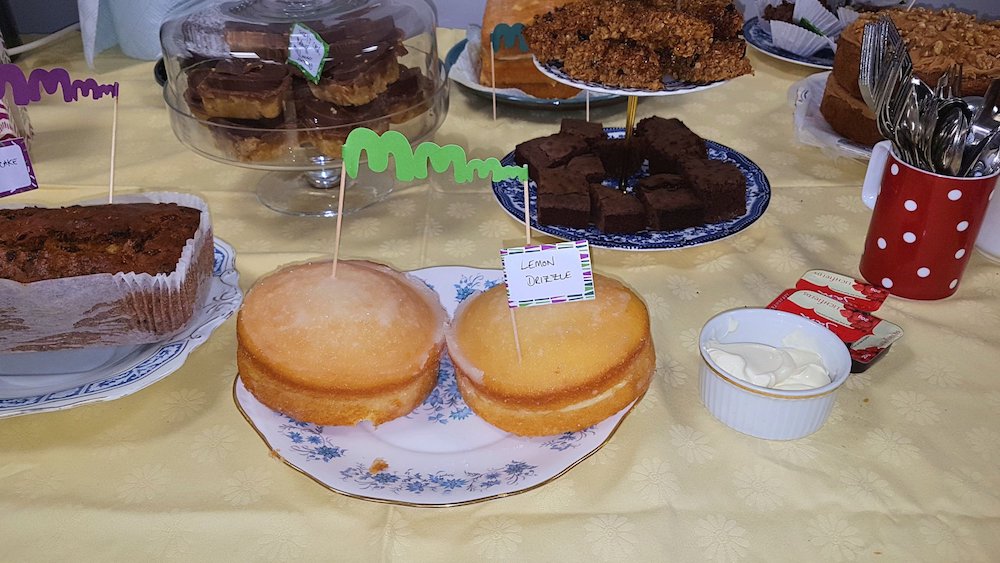 This year The Warehouse Antiques & Collectables hosted their first Macmillan Coffee morning in the surroundings of the shop.

Members of the public were able to relax and chat over tea/coffee and cakes in a coffee/tea room area which was recreated by the staff of the antique shop.

There was an enormous selection of cakes and scones (including fresh cream and jam!) served with a bottomless pot of tea!

Special guest of the day was the Mayor, Cllr Nick Daubney of King’s Lynn & West Norfolk, who said “I really appreciate The Warehouse Antiques and Collectables inviting me to join them for their Macmillan Coffee Morning. It was great to meet the organisers, owners, staff and the many visitors. In itself it was a fantastic venue and a centre I will definitely return to. The cakes and pastries were amazing and I am so pleased the morning was such a success”

Simon Rowe of KLFM Radio was doing the rounds and visiting all the local Macmillan Coffee morning and popped in and managed to squeeze in another piece of cake.

The Macmillan Coffee morning was a great success and £250 was raised – this event will definitely be repeated next year.

Jason Clark, Director of The Warehouse Antiques and Collectables said “it was a pleasure to open our doors and host a coffee morning for such a great charity, I would like to take this opportunity to thank all the cake bakers, our customers & Antique Dealers,  Mayor, Cllr Nick Daubney and Simon Rowe from KLFM Radio, all of which helped us raise  £250 for the Macmillan Charity”

The World’s Biggest Coffee Morning on Friday 28th September is Macmillan’s biggest fundraising event for people facing cancer.  People all over the UK host their own Coffee Mornings and donations on the day are made to Macmillan.  Last year along Macmillan raised over £27 million.