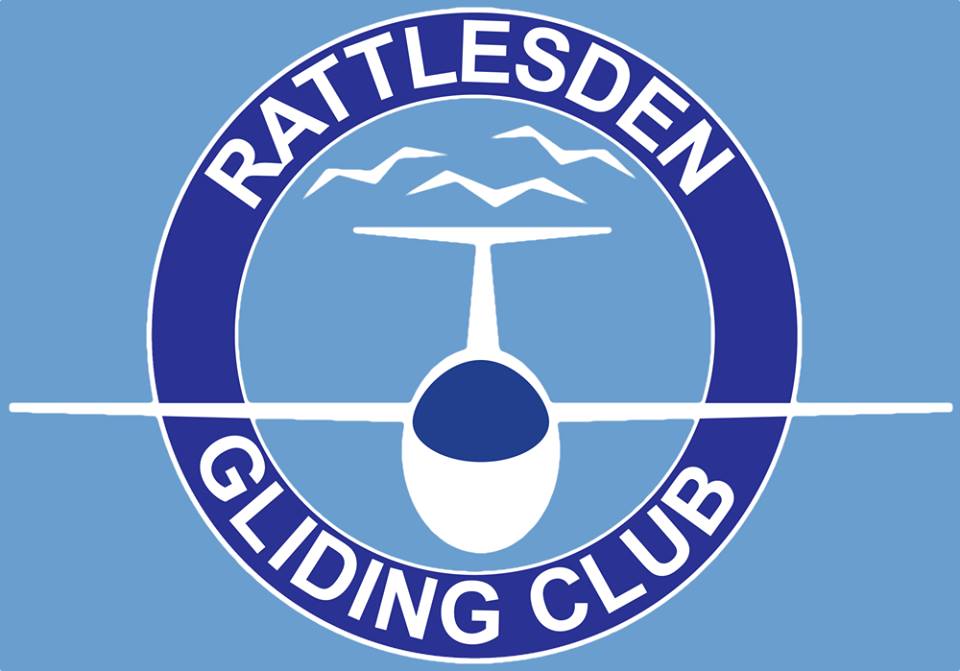 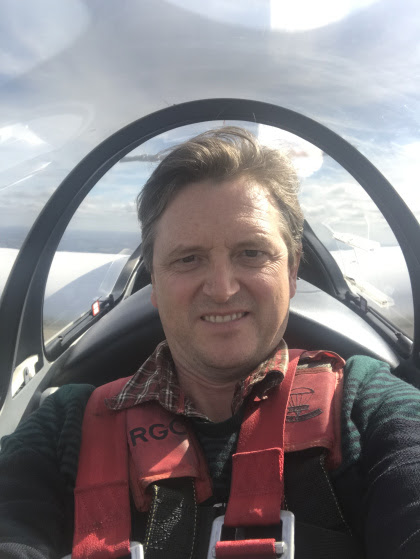 It was a glorious September day on the approach to Rattlesden Glding Club’s base in the hinterland south of the A14 between Bury and Stowmarket. A road closure on ‘the 14’ meant we all arrived around the same time, about ten minutes late. Before me was a perfect long stretch of runway in ageing concrete and two Ask21 gliders were being readied as we completed the paperwork in the coach.

I had actually been gliding before but was so looking forward to my next flight. My pilot for my Experience was Gary. He immediately got me into the routine of safety and putting on the parachute and how to eject the canopy in the extremely rare event you crashed into another aircraft or were hit by lightning etc. Nevertheless it is sobering to think – and rehearse – turning the harness release and releasing the canopy with the all important pulling of the D-ring on the parachute the next step.

Of course he took me through the instruments and what they meant. Most bizarre was the thermals indicator that emits a noise to signify gaining of altitude as the warm air bears you up. An interesting and insistent sort of ‘wee’ sound. 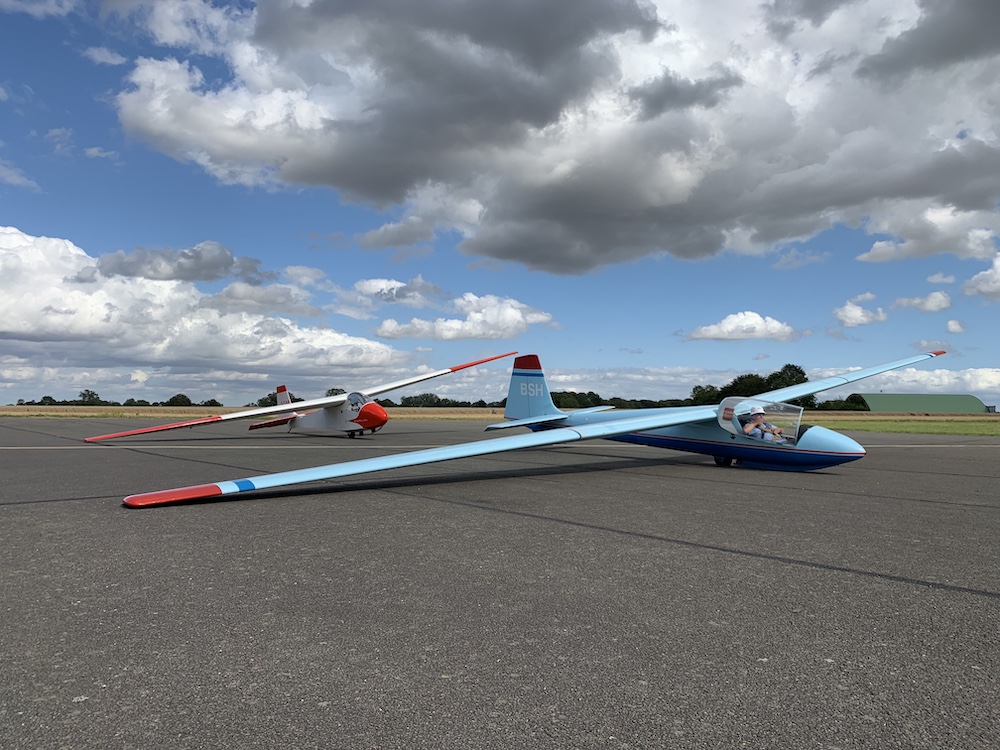 The rope was attached and we were off and soon towed to 3,000ft by the powered plane. I say soon, but it was a longish tow, giving me time to take some pictures. The glider was German and the altimeter climbed on tow to between 60-65 knots, or 70mph. We released at 50-55mph and then all was quieter with only the rush of wind.

I watched the plane and tow rope peel away downwards to the right: freedom! 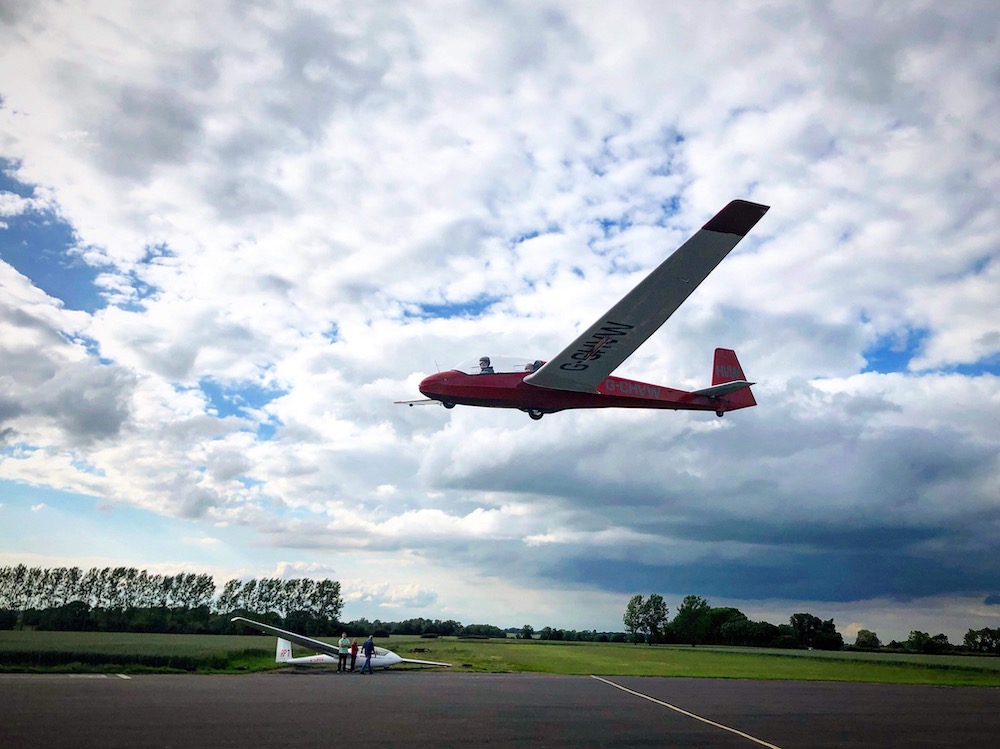 What a flight – a beautiful vista of Suffolk, looking to Bury and beyond to the north west and across to Ipswich and I think I could see distant Felixstowe.
Below us was the prep school Benjamin Britten attended and long-time Rolling Stone Bill Wyman’s house was another landmark. We saw the other glider which went up before us coming in to land and then it was my turn to take the controls (in dual mode, yes, but I know Garry was ‘handing over’ for long seconds at a time). It was a wonderful feeling and I was really flying. You could see that I was already on that flying road of ‘just a bit more practice’ and I was getting the feel of it and a sense of the shape of the horizon and where to ‘hang’ the nose of the glider.

We were up there for well over half an hour and the landing was the most skillful bit of flying and fantastic to be part of although this time it was all Garry (thank goodness!). 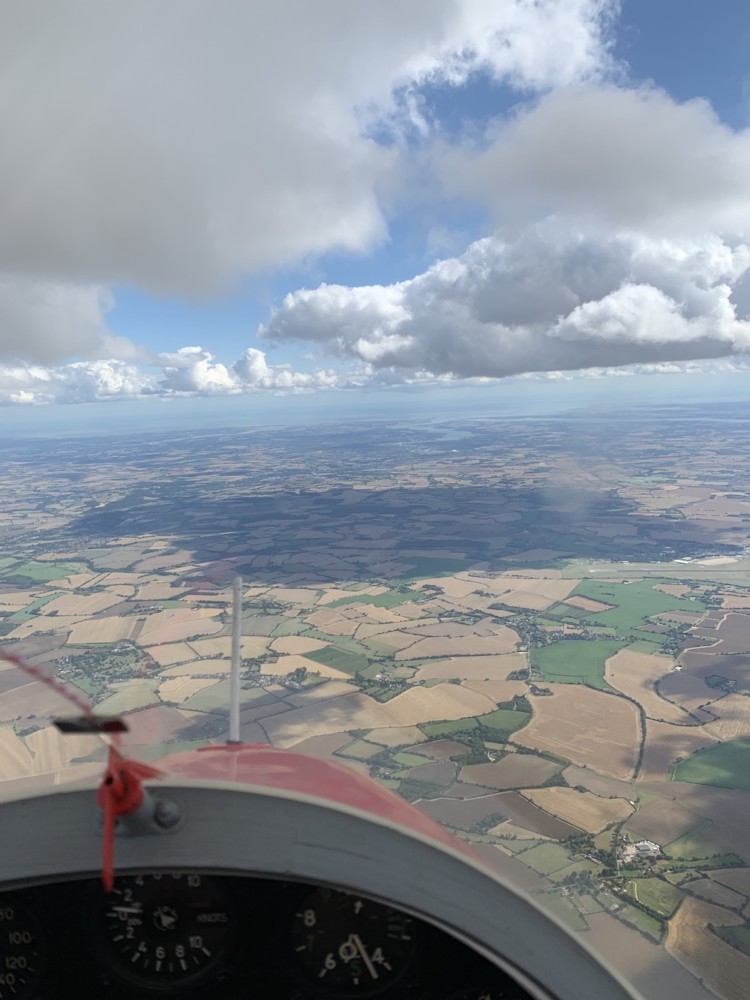 Later I joined the members in the bus where there was genuine friendliness, camaraderie and attitude, and I talked to club chairman, Kevin:
“The club has about 110 members, three double-seater aircraft and two single seater gliders. Visitors can become eligible for three-month membership.”

And then came the biggest shock. By turning up on a Wednesday, or maybe a Saturday and/or Sunday you can embark on a path that by getting exercises ticked off by a senior member would allow me to fly a glider… without needing a licence! The process itself sounds really fun – you can bring a tent and camp and fry up a breakfast on the clubhouse’s gas stove – and simply part pay your way by helping out over the day.

I really do hope to get at least one fly in during my three months, maybe more, but either way this is a fantastic gift experience to purchase for anyone who loves to fly! 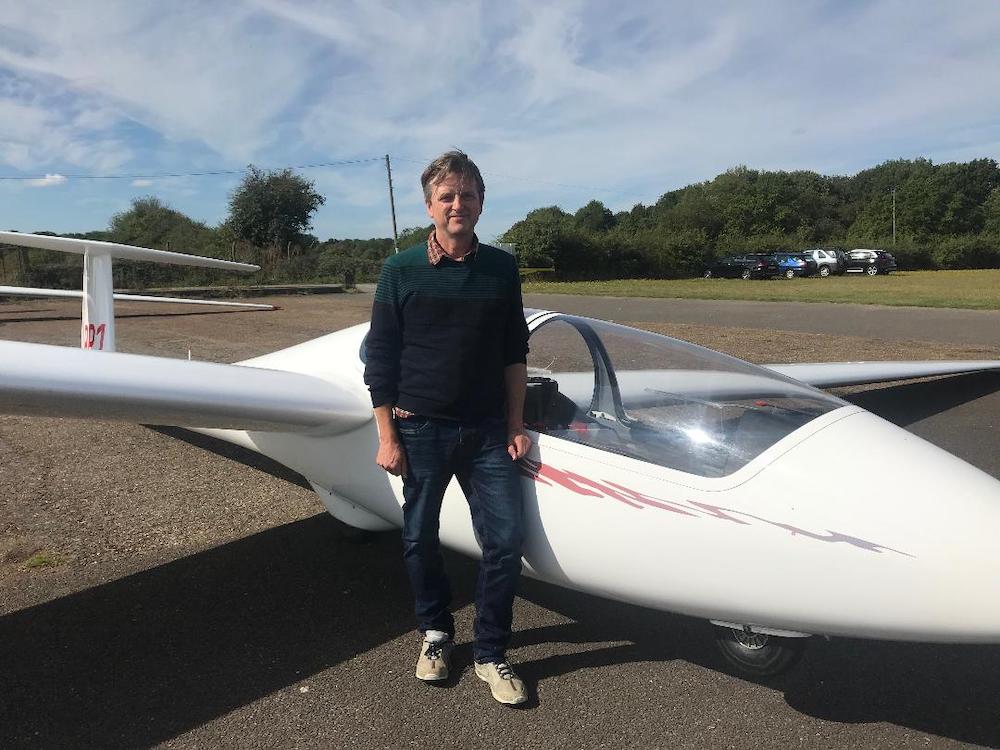