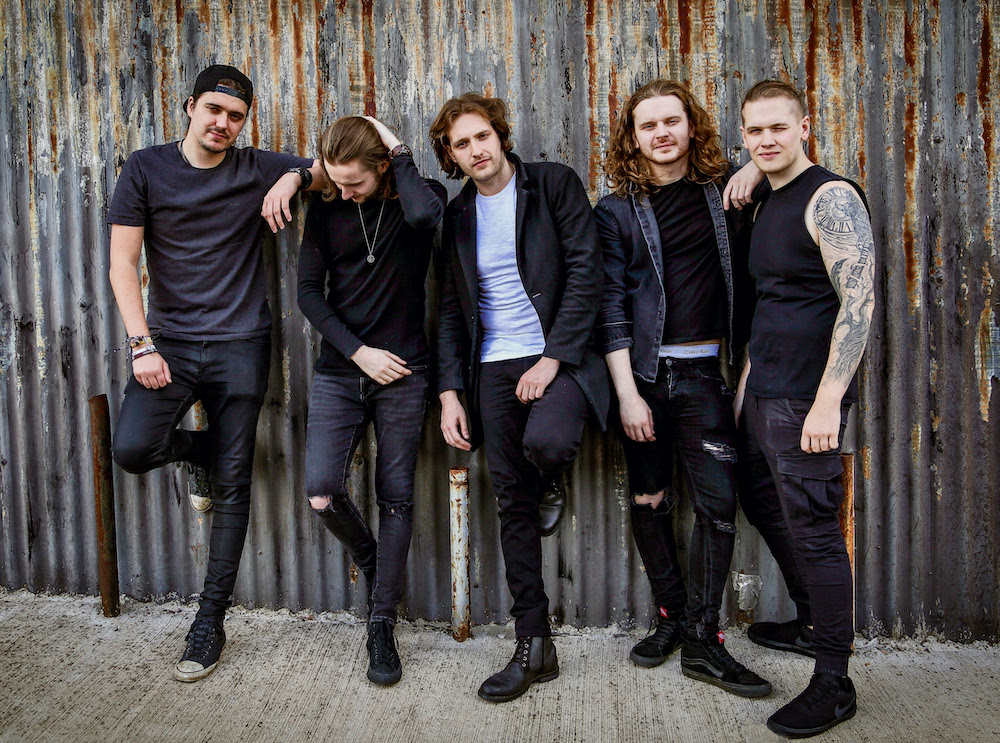 “The music really does the talking. Powered by enough energy to light up the national grid!”
(Metal Hammer)

It is an incredible achievement for new British rock band, starting from an almost zero sales base and during a pandemic when there has been no traditional retail, no live shows or touring opportunities. The innovative marketing campaign run by both 7Hz Productions (ADA) and the band involved a six month fan building initiative utilising the band social platforms, streaming performances, virtual ‘in store’ launch events, dark ad audience building and strategic media take over promotions. Coupled with very positive press reviews, online reviews, regional radio support and four Planet Rock playlist additions, the band’s new album has connected musically with rock fans resulting in a surge of sales.

It is not only UK fans who have taken to the record, in Germany the band have seen a huge uplift in airplay where they are presently trending in the top 15 German rock airplay charts with their single D.N.A and are also top 10 in the Heavy 1 French radio chart.

Mason Hill further announced their first ever full UK headline tour last week and already some venues have sold out! The 17 date UK & Irish tour will head out in early September with support from Hollowstar and Empyre.

Tickets are priced at from £12 and can be purchased.

Lead singer, Scott Taylor, has said of the tour: “The last week has been totally insane. Our fans have been so supportive and to have a top 20 national album on our first release is mind blowing. We are extremely humbled at the reception Against The Wall has received and needless to say, it has been an extremely bright light for us during this long Covid tunnel. It has made us even more hungry to get back out and play live again. Everyone is itching to crank up the volume and blast out the new material”

Mason Hill’s debut album has been a long time in the making and was recorded in November 2019 at Riverside Studios in Glasgow, with singer Scott Taylor later travelling to New York to track his vocals. Acclaimed rock mixer Chris Sheldon (Biffy Clyro, The Foo Fighters) took the helm for the mixing and the album has been extremely well received by the critics.