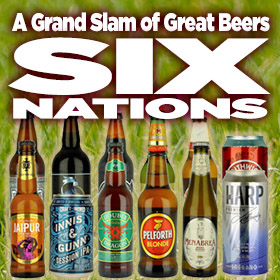 What better way to enjoy this year’s Six Nations Grand Slam – 12 delicious quality beers that take your taste buds on an incredible journey!

The Ultimate Craft Beer Experience – So, what’s in the box:

Harp Lager​ – is an Irish Lager that was first made by Guinness in its Great Northern Brewery back in 1960. However in 2008 Diageo, who owned Great Northern Brewery at the time, said they would be closing the brewery over a five year period. The last Harp Lager brewed at that site was in 2013, it has since been moved to St. James’s Gate, Dublin. Harp Lager has a brilliant bright pale golden colour with fruity notes in its aroma.

Heather Ale Fraoch – ​Brewed in Scotland since 2000 B.C. heather ale is probably the oldest style of ale still produced in the world. From an ancient Gaelic recipe for “leann fraoich” (heather ale) it has been revived and reintroduced to the Scottish culture. A light amber ale with a floral, peaty aroma, full malt character, a spicy herbal flavour and dry wine like finish.

Innis and Gunn Session IPA -​ has all the vibrant hop flavour of a West Coast IPA whilst being a little softer on the taste buds – and your head the next day. It has been brewed to be light, aromatic and moreish by adding ridiculous amounts of Citrus, Simcoe and Centennial hops late in the brew so that its packed with tropical grapefruit, berry and lemon zest character.

Menabrea​ – A well-balanced beer with a marked floral fruitiness coming through from the aromatic yeasts used in its production. Pale yellow appearance, moderately light bodied and mild bitterness.

Meteor Blonde​ – A beer with gentle amber, fruity accents. Particularly light, it provides a feeling of freshness in the mouth. Its gourmet moss and floral nose complement the personality of this unique beer.

Moon Gazer Winter Porter​ – A collaboration brew between The Norfolk Brewhouse and Jon Stringer of Ramsgate Brewery. This is a porter with a bit of a twist without being full on ‘craft’ and taking it to the extreme. Winter Porter is a smooth dark ale brewed a blend of 5 malts, including an oak smoked wheat malt, which add complexity and a hint of smokiness. Specialist de-husked Black and Chocolate malts add the dark colour and help to reduce the astringency and harshness with the backbone being Maris Otter. A hint of orange adds fruity bitterness with coriander adding a touch of citrus and spice on the aftertaste.

Pelforth Blonde​ – A classic bistro beer with a clean, thirst-quenching taste with touch of malt and vanilla and a delicate profile that belies its strength.

Peroni Red​ – Produced in Italy since 1846, always following the original recipe and using the best ingredients. Brewed to suit the Italian palate with low but present fruity and floral notes, complementing the bitterness and sweetness, followed by a clean after taste. Peroni Red and is a refreshing and smooth lager.

Thornbridge Jaipur IPA​ – A citrus dominated India Pale Ale, its immediate impression is soft and smooth yet builds to a crescendo of massive hoppiness accentuated by honey. An enduring, bitter finish. 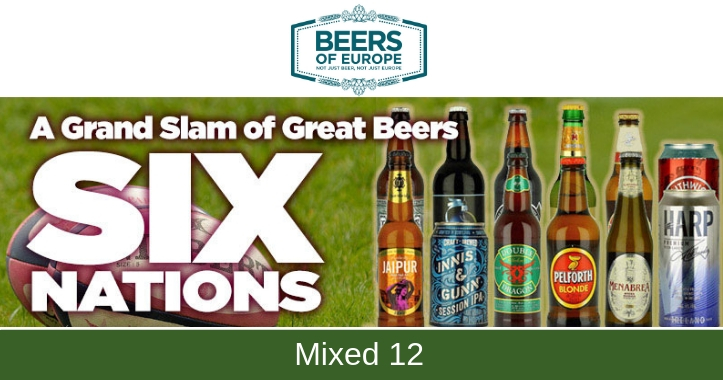