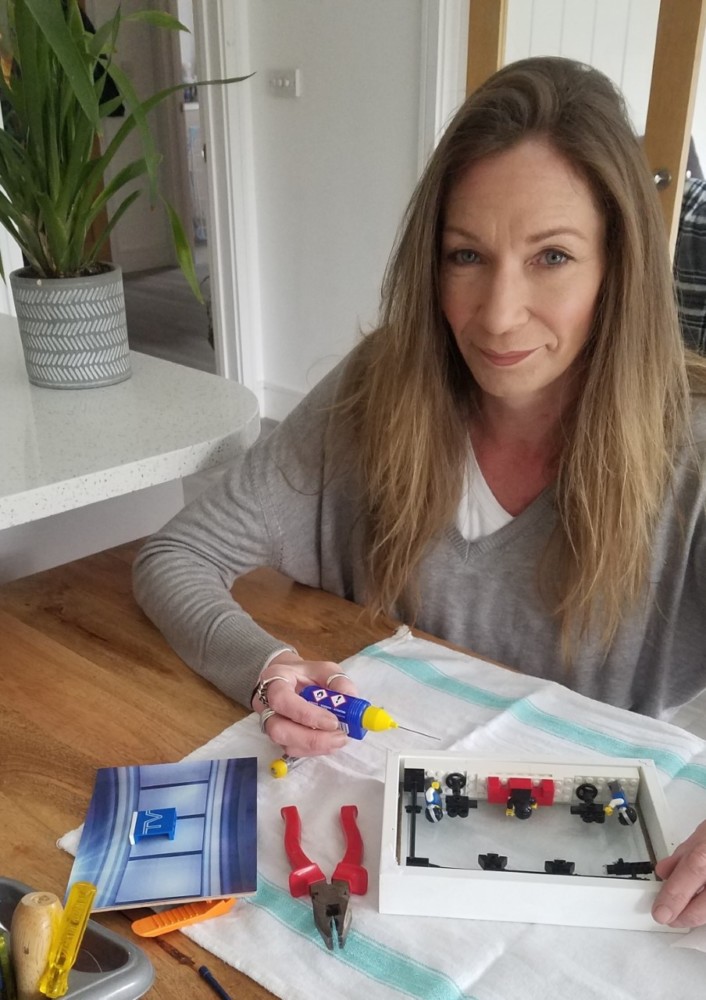 Lego, once thought of as a children’s toy, is now becoming a state of the art medium for trendy displays across the world thanks to the brainwave of David and Sara Gilbert.

Sara began her hobby in 2014 when she started making framed pictures made entirely of Lego pieces for her friends and family. Then she ran a successful stall in the market in Chatsworth Road near where she lived previously.

She has made numerous amusing and intriguing pictures on a variety of themes, sometimes not pulling any punches as in her depicture of Sweeney Todd that proved popular in London. It is easy to guess the theme of the pictured sample (Adam and Eve).

Her work is part of a unique bar display in the Moxy Marriott Downtown Hotel in New York and she has exhibited in the Atom Gallery, Green Lanes, Stoke Newington, London. Currently she is exhibiting in Digitas, 146 Brick Lane East london and her pictures can be viewed 24/7 (they have 24 hour security at reception) until 8th March.

She is one of the first to make a promise to create a picture of the winner’s choice for an Auction of Promises evening dinner in St. Andrew’s Hall Witchford on Monday 2nd September at 7.15 p.m. (tickets from rjwestwell@hotmail.com).