THE UK’S ONLY LIVE TOURING EVENT THIS SUMMER 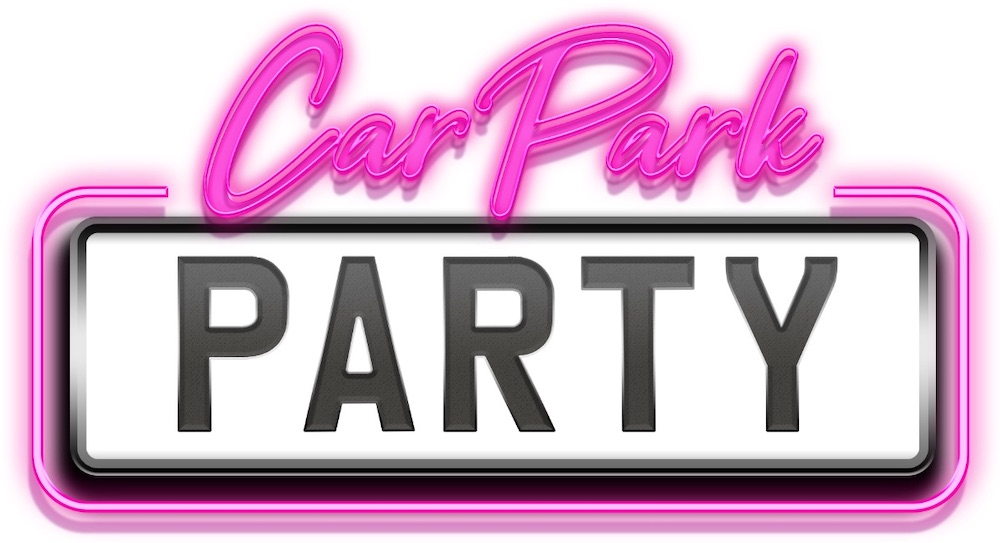 Brought to you by
NORTHAMPTON SAINTS & COALITION AGENCY

TICKETS ON SALE FROM 10AM,
FRIDAY 12TH JUNE AT WWW.CARPARKPARTY.COM

Buckle up Northampton! Summer 2020 looks to have sadly been postponed until 2021 BUT the party goes on! Franklin’s Gardens are delighted to present CAR PARK PARTY, the UK’s only LIVE touring event and first socially distanced and safe entertainment experience. CAR PARK PARTY is a ‘drive-in’ event bringing together world renowned brands in comedy, karaoke and theatre and is coming to Northampton for multiple shows across 2 days from Friday 17th July.

CAR PARK PARTY provides not just an evening, but a whole weekend to look forward to. Each day will hold a different fun-filled experience showcasing Car Park Comedy, Car Park Karaoke and Car Park Theatre, something for all of the family and friends to enjoy. On Friday evening the entertainment comes from the UK’s top comedic talent, supplied by the world-famous Comedy Store, with the family in for a treat during the daytime on Saturday when Horrible Histories: Barmy Britain brings live theatre to Car Park D (located off Edgar Mobbs Way). Saturday evening sees live music return to round off festivities with a spectacular sing-a-long concert from the Massaoke Band bringing two performances with ‘A Night At The Musicals’ and ‘Back To The Eighties’ – all to be enjoyed from the comfort and safety of your own car.

Saints chief executive Mark Darbon said, “Without rugby we’ve had to consider more innovative ideas to help fill the void. Car Park Party absolutely fits that bill and we very much look forward to welcoming some of the UK’s most entertaining acts to Franklin’s Gardens in July.”

CAR PARK THEATRE in association with Horrible Histories Live On Stage
Based on the best-selling books written by Terry Deary and published by Scholastic, first launched in 2005 with the world premieres of Terrible Tudors & Vile Victorians. Since then the Birmingham Stage Company has produced eighteen different Horrible shows, performing to over three million people in the UK, including the longest running children’s show in West End history, with its record-breaking series Barmy Britain. Horrible Histories live on stage has also become a worldwide phenomenon, performing in Hong Kong, Singapore, Dubai, Qatar, Oman, Abu Dhabi, Bahrain, New Zealand and Australia, where it performed in the Concert Hall of the Sydney Opera House.

CAR PARK COMEDY in association with The Comedy Store
With nearly 40 years’ experience in the business and as the premier name in comedy, The Comedy Store is renowned as a breeding ground for new talent and remains the place to see tomorrow’s stars today. The likes of Eddie Izzard, John Bishop, Jimmy Carr, Rhod Gilbert and Sarah Millican, have all cut their comedy teeth with The Comedy Store. Car Park Comedy will showcase the brightest names in comedy today (many of whom you will recognise from shows such as 8 Out of 10 Cats, Mock The Week & Have I Got News For You), with two shows per location with a lorry-load of laughs guaranteed, putting smiles on faces in every car.

CAR PARK KARAOKE in association with The Massaoke Band
The idea is simple: a brilliant live band play the greatest anthems of all time with giant screens projecting lyrics, reinventing the car sing-a-long so all the family can join in. The Massaoke Band bring the party wherever they play; they’ve had thousands singing along with them at shows including Glastonbury and Latitude Festivals, the Rugby World Cup and Fringe Festivals around the world, establishing The Massaoke Band as one of the most exhilarating live acts around.

CAR PARK PARTY will be visiting the below location this summer with more being added:

There will be limited tickets for each show priced at £35 per car for Comedy & Karaoke and £30 per car for Theatre (£2.50 booking fee applies). So strap in and secure your space for the drive-in event of the summer! For more information visit www.northamptonsaints.co.uk.

Tickets & T&C’s are available at www.carparkparty.com.

Follow us for all of the latest information and to be the first to hear when new locations are announced.