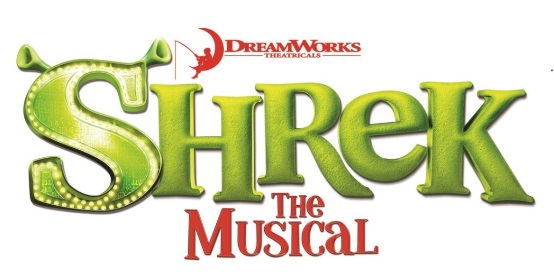 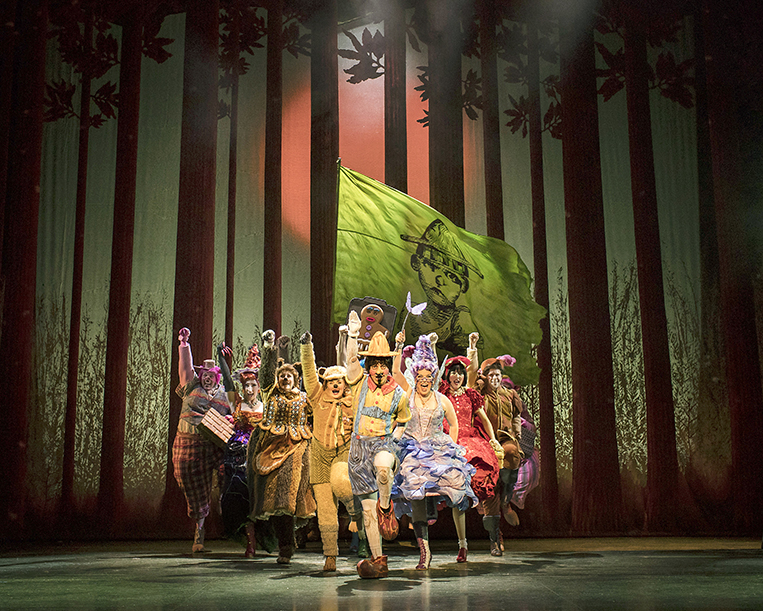 Believe all ‘ogre’ again with SHREK THE MUSICAL®. Following the unprecedented success of the first UK and Ireland tour, the original production team reunites to bring the hit musical to a swamp near you. Opening at Edinburgh Playhouse for the festive season this year from 12 December, the production will then tour throughout the country in 2018, coming to Milton Keynes Theatre, Wednesday 25 July – Sunday 5 August.

Leading the cast as beloved swamp-dwelling ogre ‘Shrek’ will be Steffan Harri, having previously starred in the original UK tour of SHREK THE MUSICAL®, and Call the Midwife star Laura Main as ‘Princess Fiona’. Also joining the cast will be Marcus Ayton as Shrek’s wisecracking sidekick ‘Donkey’ and Samuel Holmes as pint-sized villain ‘Lord Farquaad’. Further casting is still to be announced.

Laura Main (Princess Fiona) says: ‘I’ve been waiting a long time for an adventure like this to come along and now that it has I am ready to swap the surgery for the swamp in one of my favourite musicals. Shrek has made a Believer out of me and I can’t wait for this fairytale to take me across the country.’

Caro Newling (Co-Producer, Neal Street Productions) says: ‘At Neal Street we take pride in bringing together colleagues from different disciplines in new creative collaborations. For this Shrek tour, we are particularly excited to be bringing together Nigel Harman, with whom we have worked on many successful Neal Street projects, and Laura Main who joined Call The Midwife for the very first series back in 2012. Since Shrek the Musical’s West End debut in 2011 we have opened our doors to nearly 2 million audience members nationwide. It’s great to be out on the road again, ten years after Neal Street co-produced the first incarnation of the show with DreamWorks Animation in Seattle and then on Broadway.’

Nick Salmon (Co-Producer, Playful Productions) says: ‘I am thrilled that the show will be reuniting many of the talented team members who have been involved in the production since day one. Nigel has gone from being Lord Farquaad, in the West End to directing our touring production and Steffan, who was previously one of our hilarious Three Pigs, will be stepping into Shrek’s ogre-sized shoes. We can’t wait to bring this much loved story to audiences across the country once more.’

As previously announced, Nigel Harman will return as director, having made his directorial debut on the first ever tour. Since then Nigel has gone on to direct Lunch & The Bow of Ulysses (Trafalgar Studios) and will direct Kelsey Grammer in Big Fish The Musical (The Other Palace) this autumn. Best known for his stage and television work, Nigel originated the role of Lord Farquaad in the West End, winning the Olivier Award for Best Performance in a Supporting Role in a Musical.

Laura Main is best known for her role as Shelagh Turner in the award-winning Call the Midwife (BBC/Neal Street Productions). Appearing initially as Sister Bernadette, she left behind her life as a nun to marry Dr Turner. Laura has appeared in all six series to date and will return for this year’s Christmas special and series 7 in 2018. She has also had regular roles as Rebecca Howlett in The Mill (Channel 4) and DC Alison Bain in Murder City (ITV). Stage credits include Company (Southwark Playhouse), Me and Juliet (Finborough Theatre) and State Fair (Trafalgar Studios / Finborough Theatre).

Marcus Ayton’s recent credits include Sammy Davis Jr in The Rat Pack Live, Ray Charles in A Tribute to the Brothers Live and Joseph and the Amazing Technicolor Dreamcoat (UK Tour).

SHREK THE MUSICAL® is based on the story and characters from William Steig’s book Shrek! and the Oscar®-winning DreamWorks Animations feature film. Originally directed in the West End by Jason Moore and Rob Ashford, the production has book and lyrics by David Lindsay-Abaire, music by Jeanine Tesori with multi award-winning set and costume design by Tim Hatley. 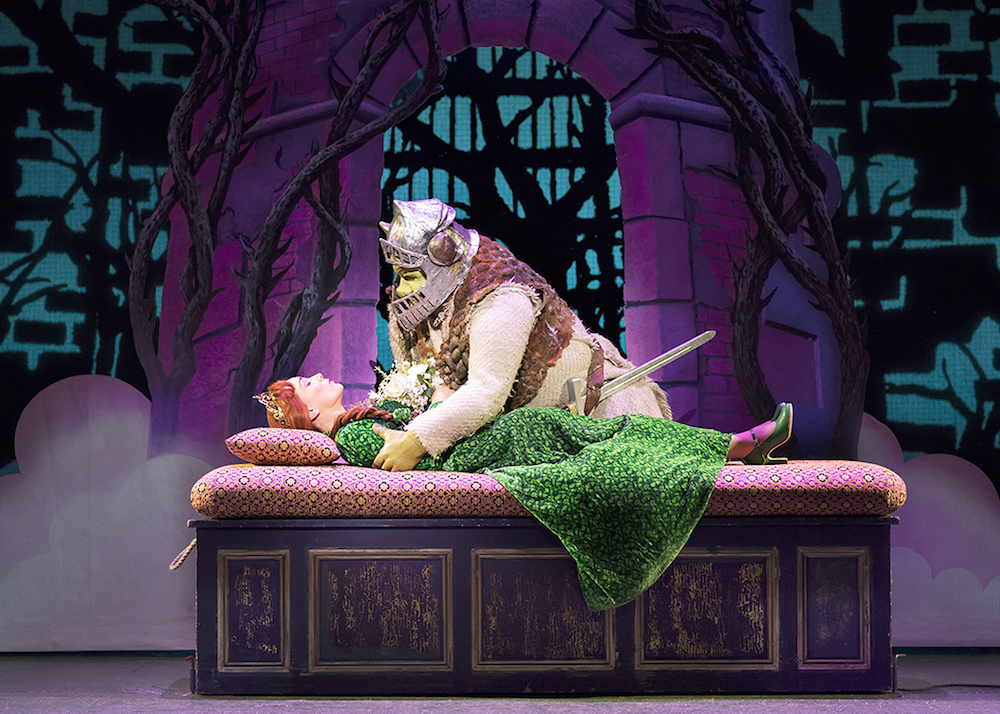 *fees apply. Calls cost up to 7p per minute, plus your phone company’s access charge.