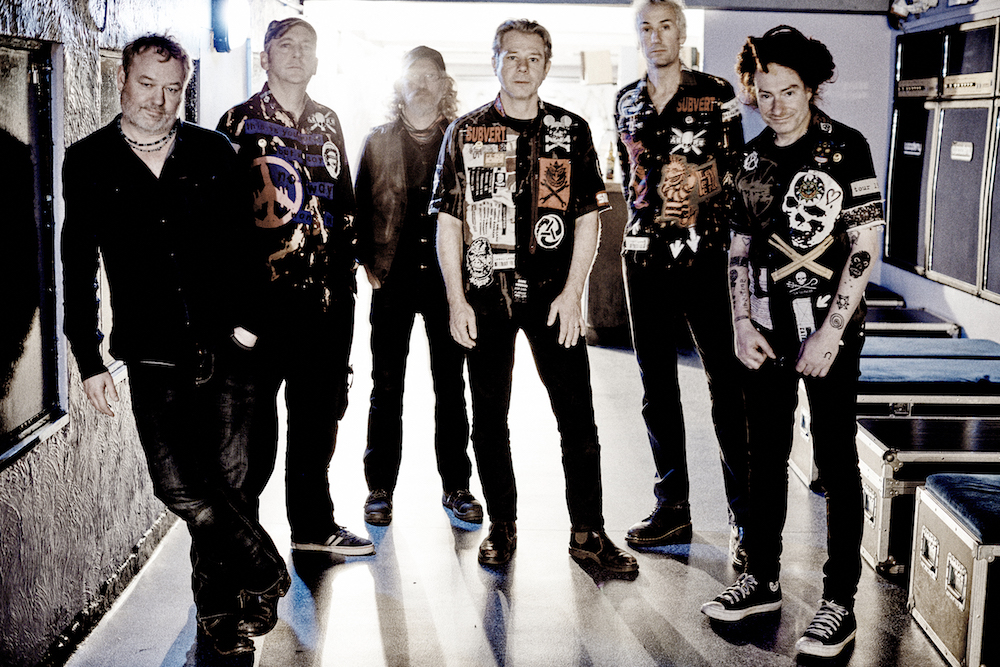 Brighton folk-punk band Levellers have released the video for the newly reworked and acoustic version of ‘Liberty Song’, taken from their new album, We The Collective, which is out now via On The Fiddle Recordings.

The new album, which coincides with the band’s 30thanniversary, was recorded at Abbey Road Studios and produced by John Leckie. It features a string section and new acoustic arrangements for eight of their previous singles including ‘Liberty Song’, ‘Hope Street’ and ‘One Way’.

They also recorded two brand new songs, ‘The Shame’, whose accompanying video is a hard-hitting piece showing the plight of refugees in Europe, and ‘Drug Bust McGee’, which tackles the subject of undercover police, something the band themselves have experienced.

Lead singer Mark Chadwick also appeared on BBC Breakfast last month to discuss the band’s anniversary and new album and has said, “The different musicians, producer and the studio combined to make something really special”.

The band will also head out on a full Acoustic Tour starting in June where they will be playing the new arrangements with guest musicians, following their recent shows at Glasgow’s Celtic Connectionsfestival and the Roundhouse in London.