The Baron in the Trees – a Christmas Circus Spectacular

A taste of Italian festivities comes to Norwich this Christmas with Lost in Translation Circus’ spectacular The Baron in the Trees, inspired by Italo Calvini’s 1957 novel of the same name. It can be seen at The Oak Circus Centre from Thursday 13th to Sunday 16th December at 6.30pm each day.

The family show will feature astonishing and astounding performances from Lost in Translation performers and friends. High flying aerial stunts and amazing acrobatics mix with slapstick poetry and juggling to create a show to thrill young and old alike. Live music will accompany each of the acts loosely based on the Italo Calvini story.

Massimillano Rossetti, Director of Lost in Translation Circus said, ‘In Italy The Baron in the Trees is one of the children’s books that we always read at Christmas. It’s a traditional thing to and something that I’ve grown up with each year since childhood’.

The Baron in the Trees (Il Barone Rampante) is a playful, romantic fable, set in the 18th century. Twelve year old Cosimo, eldest son of the Baron, climbs a tree in protest at being forced to eat snails and vows that his feet will never touch the ground again. He spends the rest of his life in the trees and even has an aerial library for his books. As he grows up he has adventures with bandits and pirates, falls in love, and watches the revolutionary ideas of The Age of Enlightenment unfold beneath him.

The Oak Circus Centre’s Christmas Special is fast becoming a Norwich tradition. The atmosphere is friendly and relaxed and last year the sold out shows were filled with appreciative family audiences enjoying traditional Christmas family entertainment.

Norwich based Lost in Translation are now one of the country’s leading and best-loved contemporary circus companies. Their trademark warm humour combined with heart-stoppingly virtuosic skills has won them fans and admirers wherever they perform. They have toured widely throughout the UK and Europe and enjoyed repeat audience and critical success at the Edinburgh Festival. Earlier in the year Lost in Translation hosted Chapelfield Summer Circus celebrating the 250th anniversary of the first ever circus and helping Norwich be designated one of the six official UK Cities of Circus.

The Baron in the Trees – a Christmas Circus Spectacular
Thursday 13 – Sunday 16 December 6.30pm 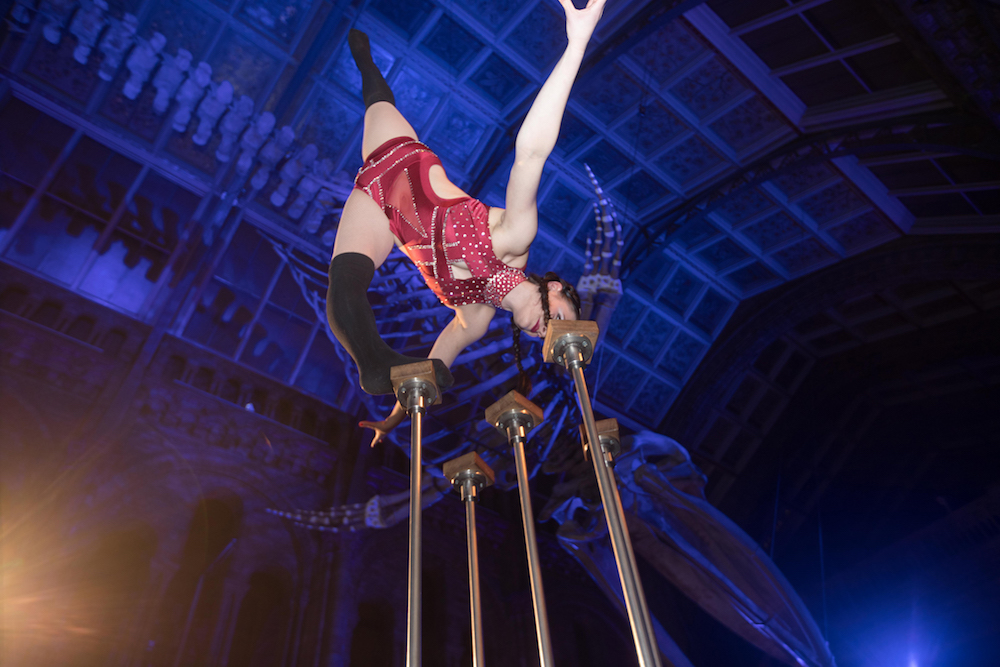