Another milestone in the preservation of Palace House as the National Heritage Centre for Horseracing and Sporting Art has been achieved this week.

As envisaged at the outset of the project, the Trustees of The National Horseracing Museum have taken on legal guardianship of the Palace House site on a 999-year lease from Forest Heath District Council.

Completion of this agreement, fulfils one of the original ambitions of the Home of Horseracing Trust, the partnership which led the fund-raising and delivery of the project to preserve Palace House and Stables as the new home of the National Horseracing Museum in Newmarket town centre.   Forest Heath had originally saved the site from redevelopment for the local community in the 1990s.

Peter Jensen, Chairman of the Home of Horseracing Trust and Trustee of the National Horseracing Museum said:

“This is another significant step forward in our objective to provide a major visitor attraction in Newmarket which will attract people from home and abroad to view a modern museum on an historic royal site, a significant sporting art collection, exhibition galleries, an arena where former racehorses display new skills from retraining together with a shop and a restaurant.”

The generosity of many donors from racing and beyond together with the support of FHDC, Suffolk CC and the HLF enabled completion of a £19million conversion of this historic site, opened by Her Majesty The Queen, which today with the signing of this lease assures its future for many successive generations of visitors who will benefit the town of Newmarket.”

A spokesperson for Forest Heath District Council said: “The National Heritage Centre at Palace House is a celebration of Newmarket’s unique royal and racing history, as well as sport in general. It is both a regional visitor attraction and an educational resource helping school children and families understand and enjoy Newmarket’s history and heritage. Completing this 999-year lease demonstrates our faith and confidence in the heritage centre as it gallops towards even greater success.” 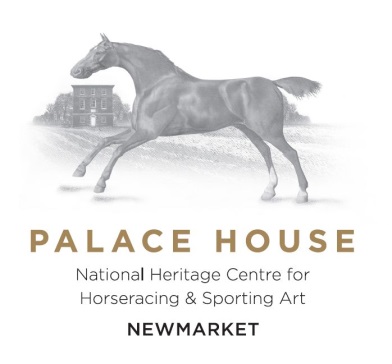