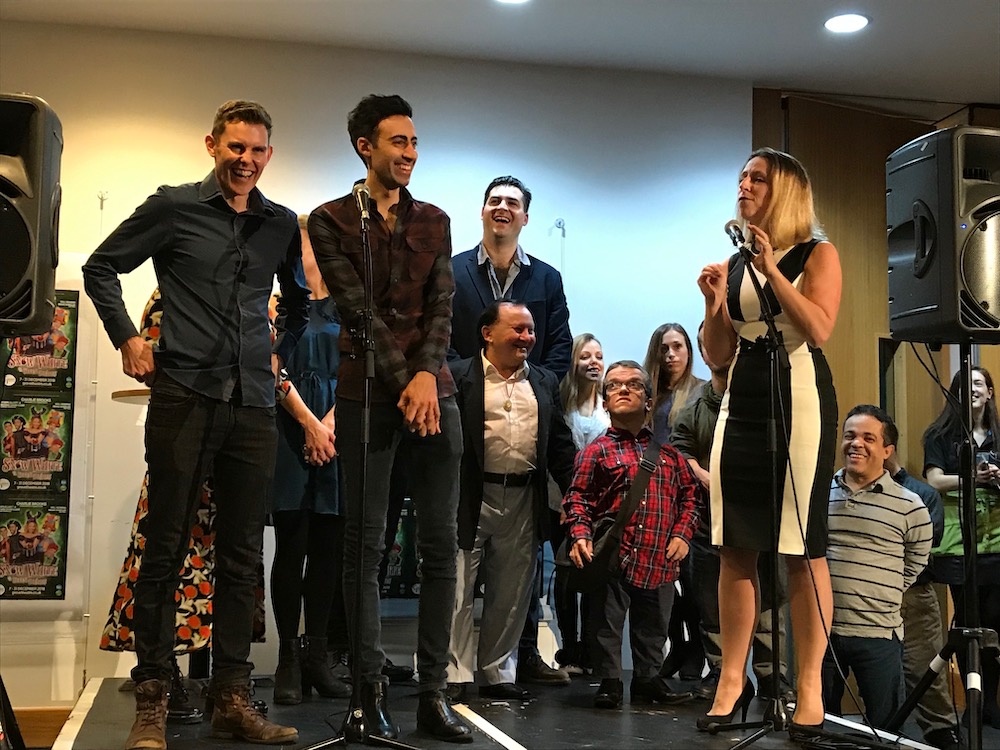 Sharp, witty and delivered with incredible energy and acting talent, Snow White and the Seven Dwarfs provided an unforgettable and uplifting experience on its Saturday, 8 December showing.

Every family Christmas pantomime is unique and this one brought something new with fantastic three-way dynamics of stage presence with Muddles (Joseph Elliott) and Herman the Henchman (Richard David-Caine) and brilliant Nurse Molly (Will Kenning, who impressively was also the pantomime’s Director).

From the first lines the show was simply side-splittingly funny, full of traditional gags, but all performed at breakneck speed (not least Muddles, bouncing off Herman’s gagfest) with some shining cameos, not least Herman’s Freddie Mercury tour de force. Central to the dark (but not that dark) gel holding it all together was Charlie Brooks’ starry showing as Queen Ivannah. Charlie – of EastEnders fame (an award-winning Janine Butcher) and the winner of I’m a Celebrity… Get Me Out of Here in 2012 – had fantastic stage presence and brought true glamour to the evening.

So did Joanna Sawyer, who pitched her performance as Snow White perfectly and more than played her part to perfection. Damien Walsh as Prince Charming was an engaging ‘straight man’ with all the romantic verve of a Romeo (a role he has played) who with his peers, employed the clever choreography of Arran Anzani-Jones to add to the hilarity and high comedy of the show.

The setting of the expansive Grove Theatre was perfect and it was pointed out that it was hard to pinpoint the ‘posh seats’ in that all seats gave fantastic views giving delighted theatre-goers that unique ‘panto’ atmosphere that placed everyone at the centre of great drama in two puslsating halves.

The Seven Dwarfs were exceptionally talented and the programme provided their impressive list of film credits from Star Wars – Return of the Jedi (Brian Wheeler, who played ‘Brian’), to Geoffrey Sergison who did a lot more than sneezing, as Sniffly and recently filmed this year’s Christmas blockbuster Fantastic Beasts – The Crimes of Grindelwald. Their adventure was in true pantomime spirit a show within a show.

Special mention must also go to the two female dwarfs, Zoe Midgley (Groover) and the delightfully vacant yet engaging Loopy portrayed by Maria Popska, who was the opposite of vacant when she joined us to talk at our table at the cast after party (this being press night). Maria is a Bulgarian actress, model, singer and… textile designer.

All the while, funds were raised for Snow White’s charity on the night, Hospice At Home Volunteers.

It was a magical evening and the abiding memory is of the laughs and gags that came thick and fast fuelled by the whole cast’s amazingly spontaneous comic talent. 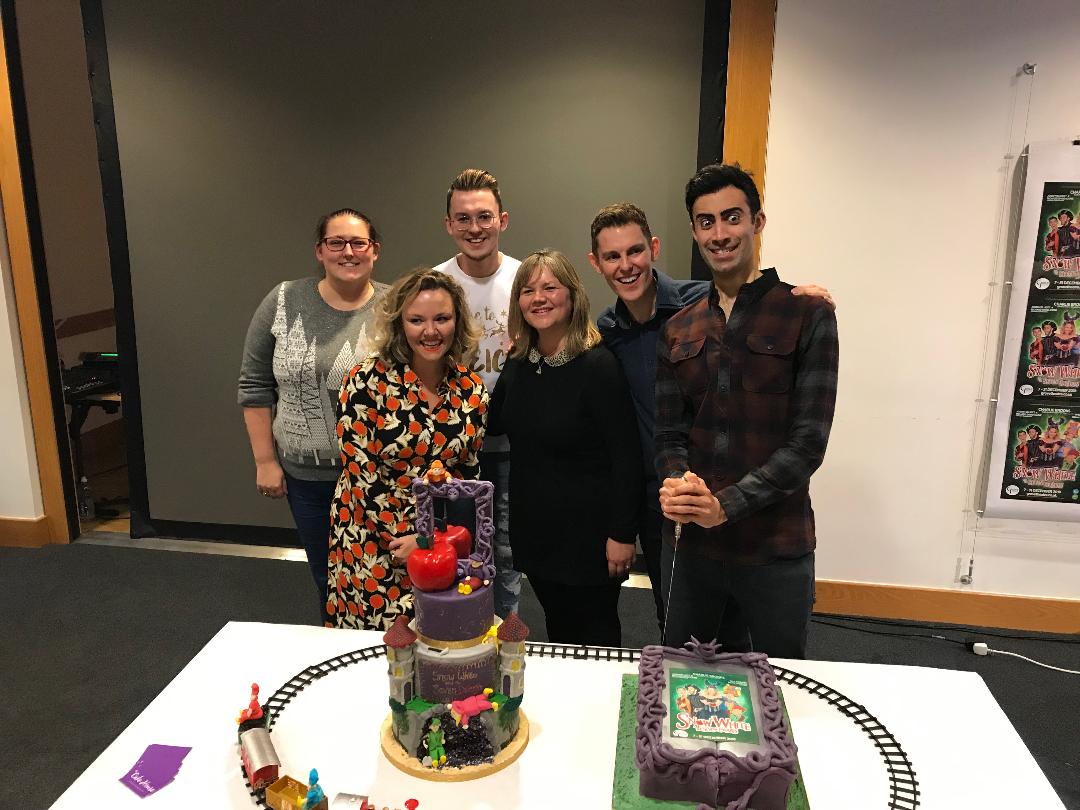