It was a real treat to rock up at Fordham to see the final day matinee of Viva’s The 39 Steps run.

Buchan’s rollicking story of espionage and chases across the Scottish grouse moors is one of the classic tales of its genre and has inspired countless films.

What was different this time? Well the Viva production hit good notes throughout, with the emphasis on fun. It was full of clever choreography and stagecraft, and spiced with a sophisticated range of humour. All right, this included slapstick and clever storytelling gags, but it was also a showcase for serious acting talent, not least in the voice department. It was a tour de force for David Tickner. His programme profile hinted at the multiple roles he’d take on, from a Scottish housewife to a kilt-clad dancer and fighter pilot. He was always good. 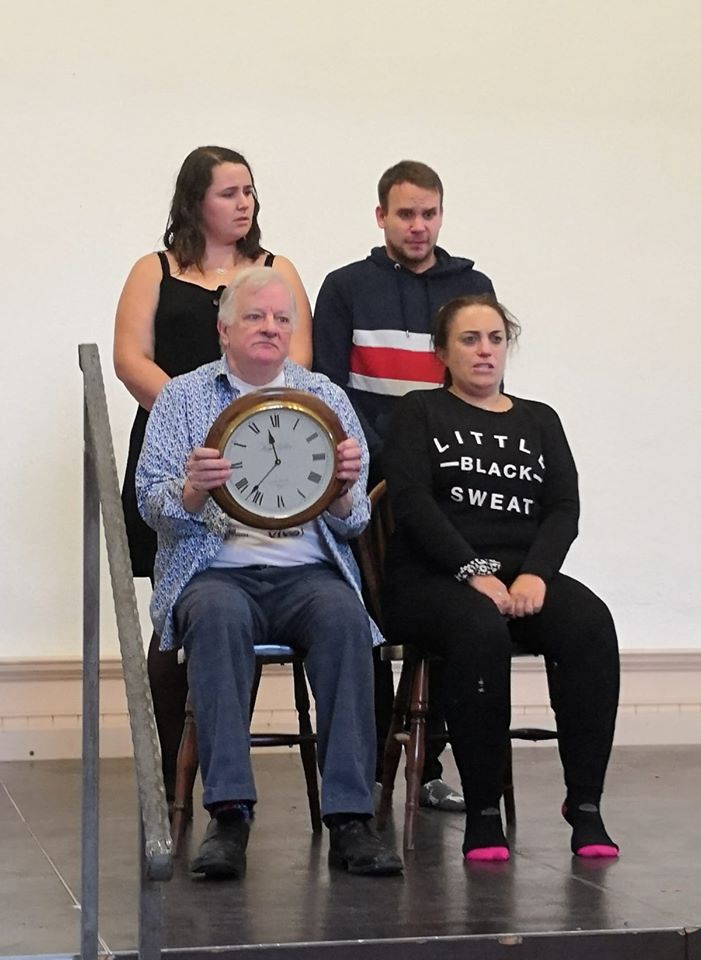 Starring as dashing hero Richard Hannay was Ben Clark. He asked in his programme notes whether he was ‘dashed talented or quite frankly the best they could get at short notice’ and I confirm it was the former, of course. Never a slip, never a pause (unless for dramatic effect). Ben was brilliant. Okay set off and complemented by the superb Jessica ‘I hope you enjoy the show as much as we’ve enjoyed the rehearsals’ Wildman. Jessica was true to her craft and, I think, suffered more than usually in the scenes she was yanked about somewhat shackled to Ben. Sore wrists? I should coco.

After the production I was lucky enough to interview the cast and Ben, David and Samantha Gallop were hospitable with their time. Said Ben: “We collaborated amazingly. The whole team has been there since day one.” 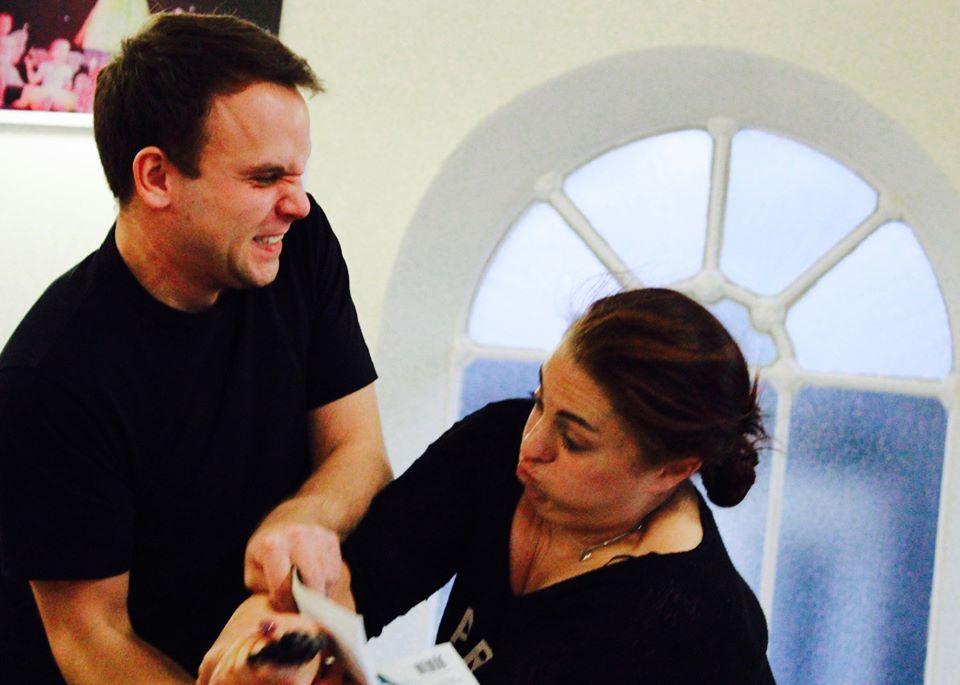 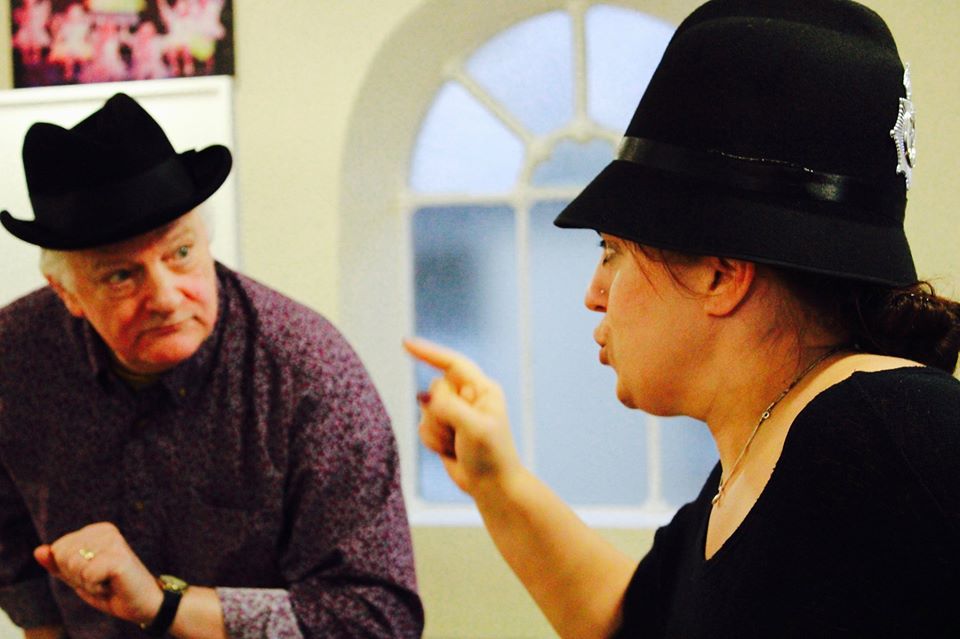 Everyone nodded. Samantha spoke tellingly about her love for acting and her deadpan humour on stage and talented facial characterisations were great to behold.

The sense of fun of the production was palpable. Kerry Hibbert and Jenny Tayler-Surridge had good chemistry as stage hands/actors, and their mini roles as cows, a very convincing sheep etc added colour, depth and humour to the proceedings. And who could forget the upturned-chairs-as-pipes as they processed around. Ridiculous and sublime, like the rest of the show. 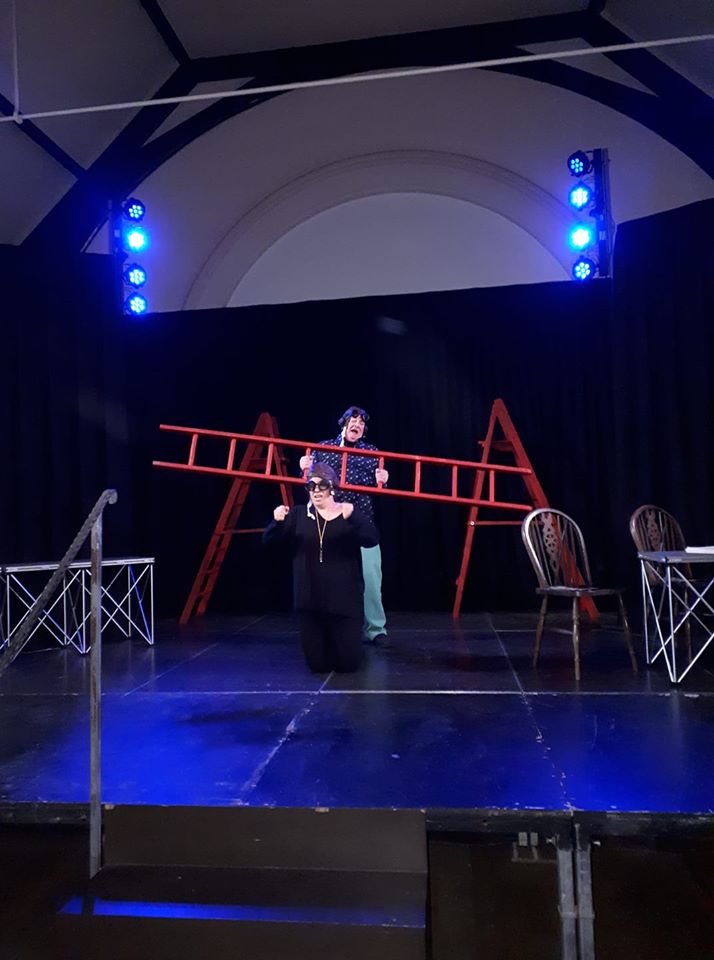