Review of ‘The Dreaming’ in the Hayward Theatre, Ely on Thursday 3rd August 2017

Inspired by Shakespeare’s ‘A Midsummer Night’s Dream’, the production of ‘The Dreaming’ presented in the Hayward Theatre last week was amazing. The logistics of combining two of the most renowned theatre groups in the area, Viva and King’s Ely, must have been challenging enough, but creating successfully such a believable world of fantasy and reality with stage limitations in preparation for appearing at the Edinburgh Fringe, took sheer genius. Director Jeremy James Taylor, founder of The National Youth Music Theatre, is indeed a weaver of magic. With producers Dan Schumann (Viva) and Nick Huntingdon (Kings Ely) the show transported us into a world of contrasts, from the genteel superficiality of the well-to do, hilarious light-hearted comedy, to manic mayhem and sinister undertones that foretold the brutality and cruelty of the First World War with the loss of the lives of so many young men, men who were never to have the children of the next generation.

This was no ‘youth production’. It was first class theatre. The acting, singing, dancing and orchestral accompaniments were superb. The magic of this show was no frivolous affair, but a robust, potent, primeval stabbing into the darkness of the unknown. Fantastic choreography (by Jessica Clifford and Chris Cuming) and clever stage direction moved the drama from scene to scene in a continuous, energetic flow, shifting seamlessly from poignant solo to the astounding, often frenzied, actions of the Boy and Girl Woodlanders.

Key characters stood out, their respective personality traits strongly and credibly displayed. The confident Jack, a blacksmith’s boy (Crobin Abassi) played a pivotal part in the typical Shakespearian-type mistaken identity and resulting comedy. Hilarious scenes of lovers and unrequited lovers in battle, the bunch of simple local folks endeavouring to put on a first class play of their own but not necessarily succeeding, and a touch of fervent patriotism with St George and the Dragon effortlessly fell into place, only possible because of such a sustained high standard of direction, performance and skilled team support.

It will be no surprise if this marvellous production is highly successful in the Edinburgh Fringe on the 11th and 12th of August. 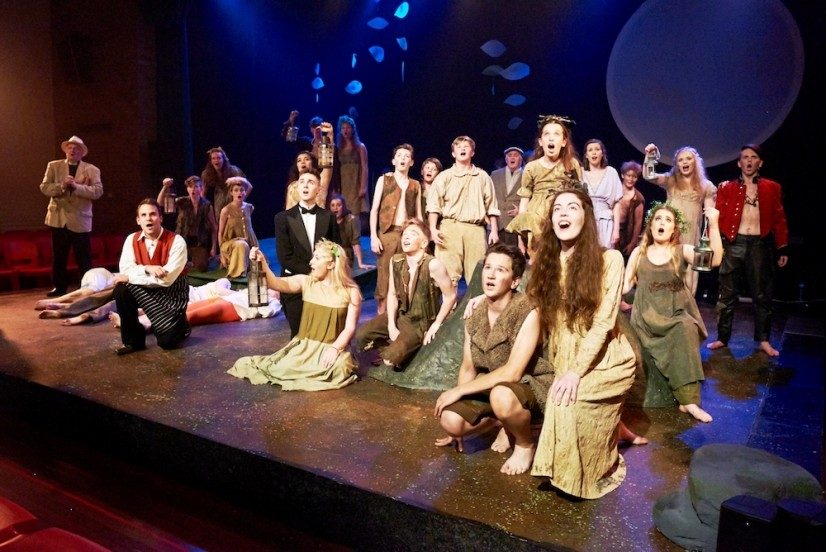 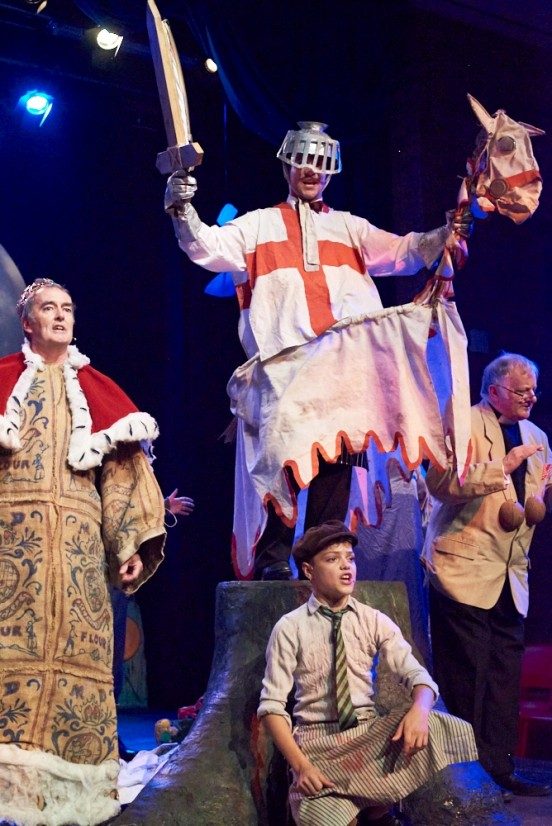