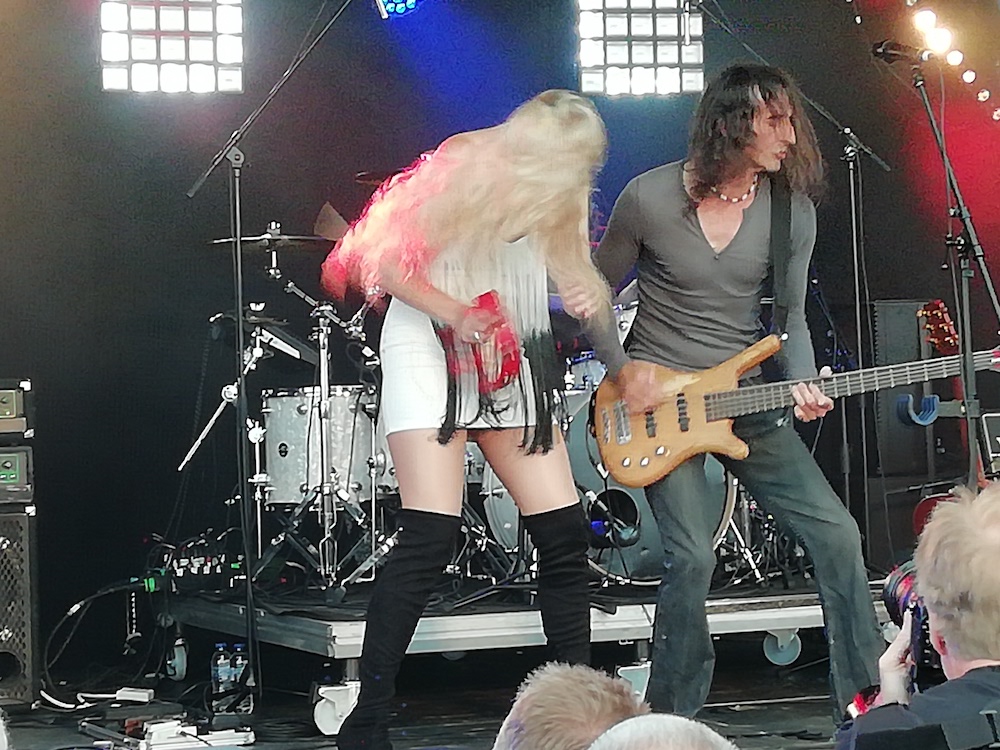 As a keen Cambridgeshire rock fan I was amazed that this is the first year I had heard of the Cambridge Rock Festival, especially as 2019 is the festival’s 15th anniversary! How had I failed to encounter this amazing event before? I have to admit that I was slightly dubious as I headed to the venue in the persistent rain, my heart sinking as I imagined a mud splattered day in the cold, trying to peer at bands through hoods and past umbrellas. Imagine my sheer delight to find that all three main stages are under cover, as are the two outdoor seating areas, plus a number of the delicious food outlets also provided sheltered areas to eat and drink in comfort. I know that comfort is not normally a word that springs to mind at festivals – but every aspect of the Cambridge Rock Festival has been so carefully designed by people who clearly know what works best (and what doesn’t). The site is easy to access, the free parking is very close to the music arena and camping is allowed exactly where you park so no need to lug your belongings across fields! The site itself is clean and well laid-out and the facilities are the best I have encountered at a festival – plenty of clean toilets and ample seating to recoup between bouts of dancing. We were pleased to be greeted by approachable and laid back stewards; in fact ‘laid back’ is the the best way to describe the overall vibe which I think is just as a good festival should be – a safe environment full of smiling, friendly people enjoying the music and each others’ company. 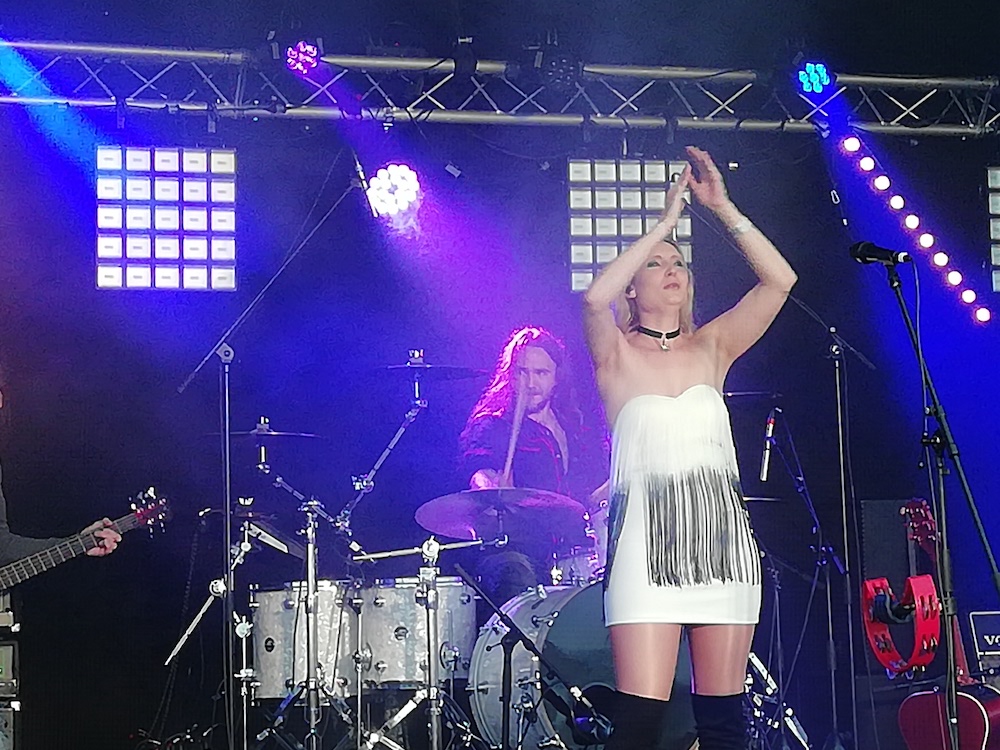 We initially headed to the Sapphire stage, where we were unable to resist a morning boogie as Selective Collective kicked off the day with a medley of favourite classics. This impromptu band consisted of artists from a number of the upcoming bands, including the singer from The Mustangs who impressively played his guitar behind his head Jimi Hendrix style. What a fabulous start to what turned out to be a highly enjoyable day! The music line-up was varied and jam packed with bands that I would love to see again – including local three piece, Chris King Robinson, who were brilliant. This is the joy of festivals, you have chance to enjoy bands you know you like but also have the opportunity to discover bands that you had never heard of before. The line up was a clever mix of successful bands and local talent; the high standard of each performance was thoroughly appreciated by the crowd. The timetable was well planned – the staggered start and end times meant there was always a choice of music to enjoy and you were able to see all of the acts without having to completely sacrifice one in order to see another. Other indications that the event was masterminded by die-hard festie goers were the two massive bars, both stocked with a large selection of real ales – it was originally a beer and rock festival and it hasn’t lost its attention to detail in this area, although it has now added a specialist Gin, Pimms and Prosecco bar, for those of us who do not drink beer. It is a gem of an event that has obviously been honed to perfection over the last 15 years – I highly recommend all local rock fans should add this to their summer calendar! 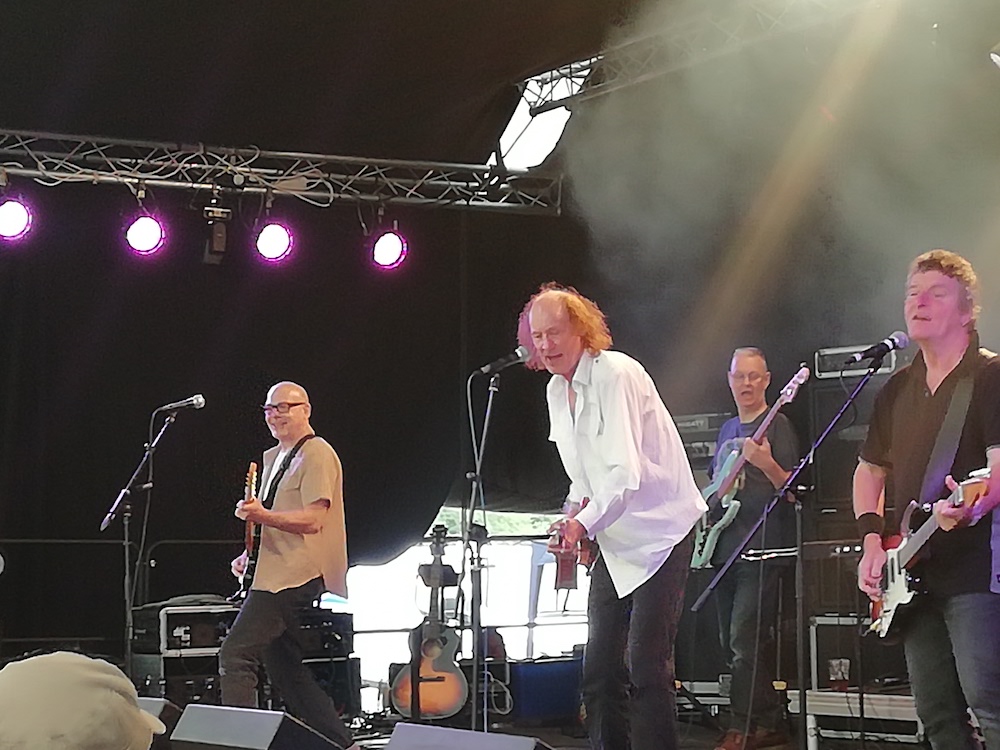 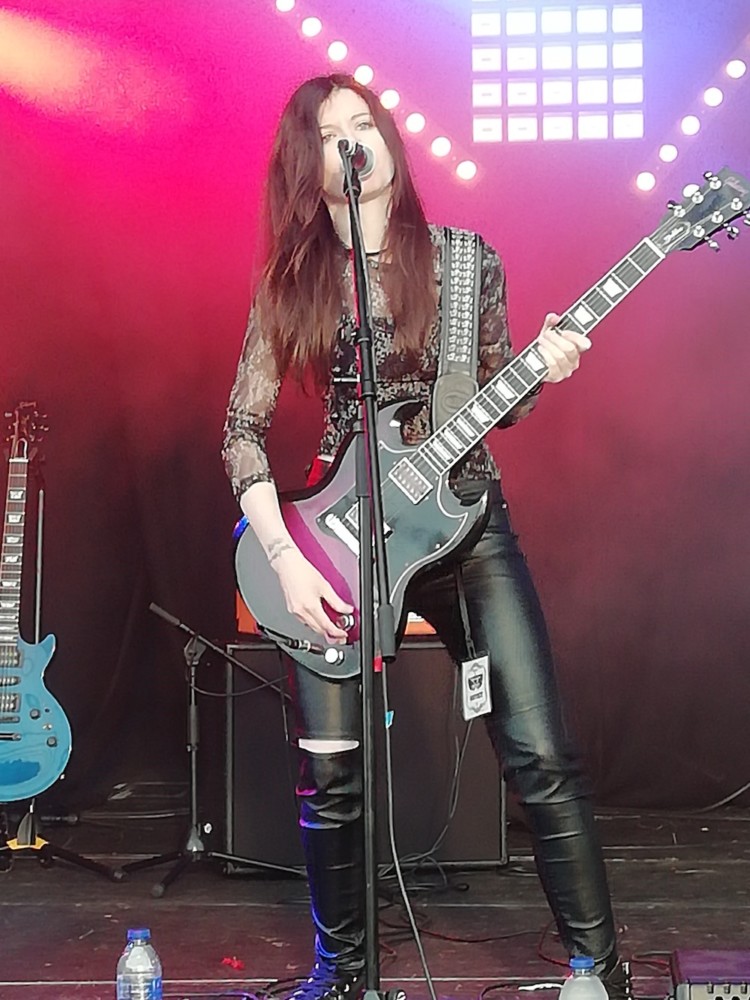