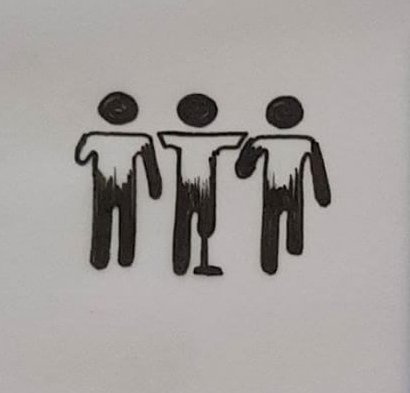 Steel Bones has been kindly given the chance organise a tattoo fundraising event. This will be held at Village Ink in Exning, nr Newmarket, Suffolk on 29th October 2017.

The idea is that people get sponsored or donate to have the design that has been specially drawn for us by Mr Kevin French owner of Village Ink, who is donating his time and all products towards the event. Thus, meaning 100 percent of monies raised will go to Steel Bones.

The idea came about whilst Gabby one of our trustees, was chatting to Kevin whilst he was tattooing her, they were discussing Steel Bones and a way of getting our message out there, Kevin suggested a simple tattoo that would be designed to make people wonder what it was and have to ask about it. Thus, raising awareness for Steel Bones and amputees.

We are very lucky to have had Owen Pick a Snowboarding medalist agree to have the tattoo, his was done on the 19th September 2017 as he will be away training with the snowboarding team on the date. Also, we have a Invictus games competitor our very own trustee Wayne Harrod has agreed to be the first person to be tattooed on the day.

We advise anyone wishing to join up let us know in advance so we can give them a time slot. 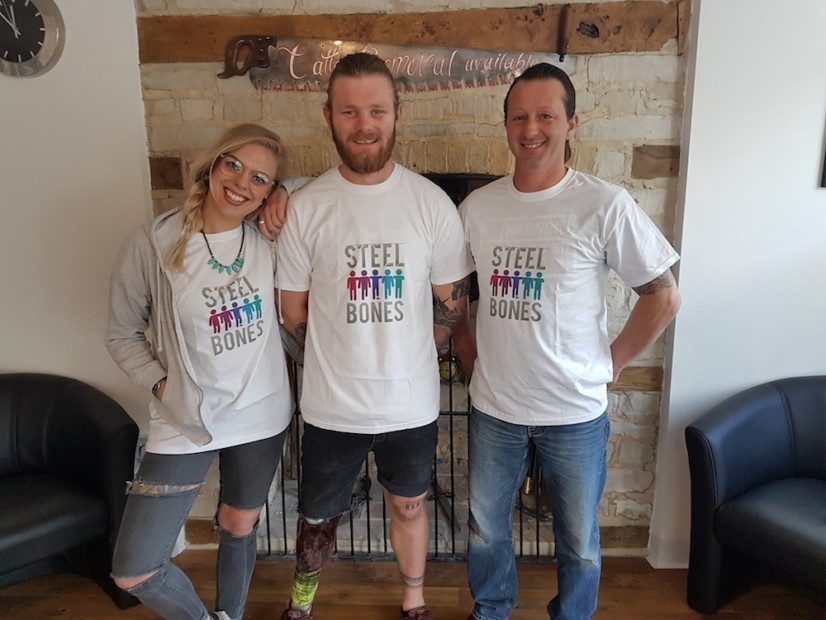