This week, the restored scarlet silks worn by jockey Jem Mason when he won the first Grand National on the aptly named Lottery in 1839, go on display for the first time at The National Horseracing Museum in Newmarket.

The National Heritage Centre at Palace House Newmarket acquired the historically important silks at auction. They employed a specialized textile conservator to restore them before the unveiling, the week of the 170th running of the world’s most famous steeplechase.

The first official Grand National took place at Aintree Racecourse near Liverpool on 26th February 1839. It was won by Lottery, racing in the scarlet silks and black cap of John Elmore, a prominent racehorse owner at the time.

The unveiling this week will challenge a long held belief that the silks worn by the winning jockey in the first Grand National were blue in colour.

According to Timothy Cox, a respected historian on the thoroughbred, “We know from ‘The Steeplechase Calendar’, published by Henry Wright in 1845, and a race card from 1832 in the Museum’s collection, that John Elmore’s racing silks were scarlet when Lottery won the first Grand National. It’s believed that Elmore changed the colour of his racing silks several years later to blue with a black cap and these new colours are listed in the 1849-50 edition of the Steeple Chase and Hurdle Race Epitome.”

Restoration of the scarlet silk satin jockey jacket was a lengthy process due to its fragility but it still retains its original sheen and colour.  The work was undertaken by Jane Smith at the National Trust Textile Conservation Studio. 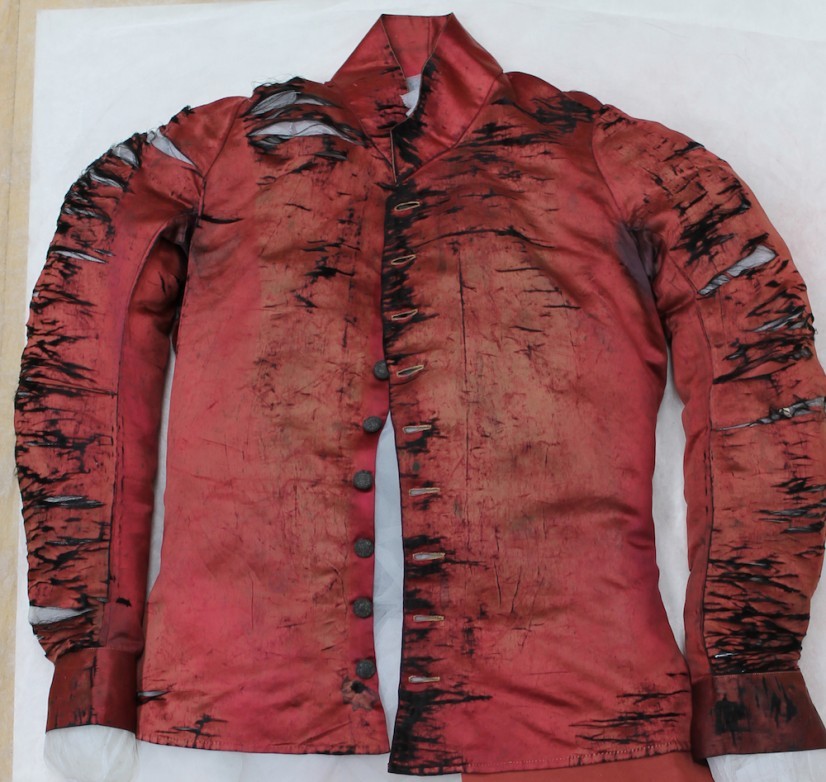