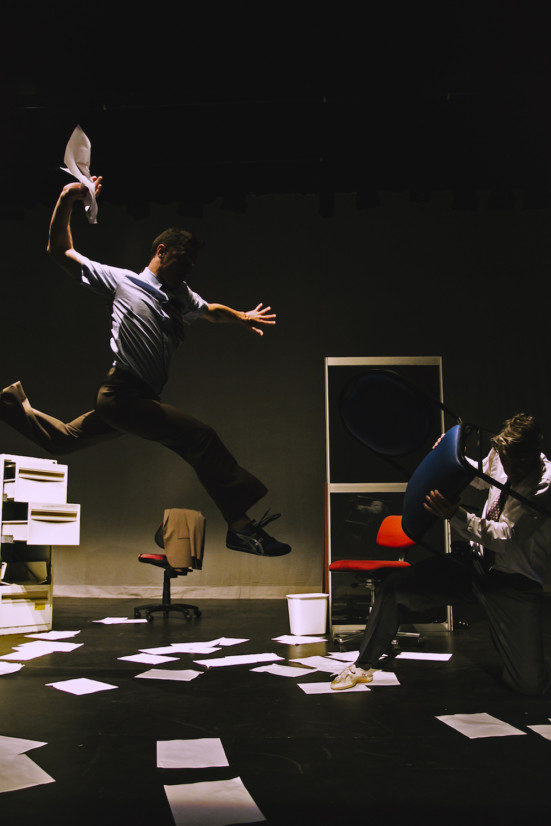 The Farm, in association with Performing Lines & NORPA (Australia) and Dance Touring Partnership (UK), presents Cockfight, a cross between The Office and a cage-fight, Australian style.

Straight from critically acclaimed performances in Australia, The Farm presents the first UK tour of Cockfight, an exhilarating duet of extreme physical theatre that explores male behaviour and intergenerational conflicts.

Touring this autumn, Cockfight concludes at DanceEast in Ipswich on Friday 27 October, presenting a full-on, physical piece of slapstick dance theatre, culminating in a ‘tie dance’ that sees the two performers go through at least two ties per performance, and perhaps a filing cabinet too.

Cockfight begs the question, what happens when someone higher up the food chain weakens and is ready to be taken down? It is the work of two performers – Gavin Webber and Joshua Thomson – developed by The Farm in partnership with guest artist Julian Louis. It is a powerful and dangerous physical performance (The Australian, said “… the work is physical theatre at its most extreme…”), with the duet woven around the lives of two men from different generations, trapped in an all too familiar and universal environment: the office.

The two men exist side by side, share space, resources, time and responsibility and justify their existence in relation to each other. Their physical action is underpinned by a fierce co-dependency in a duet of slow-motion fight sequences, interlocking rolls and tackles and Buster Keaton-esque battles of supremacy. 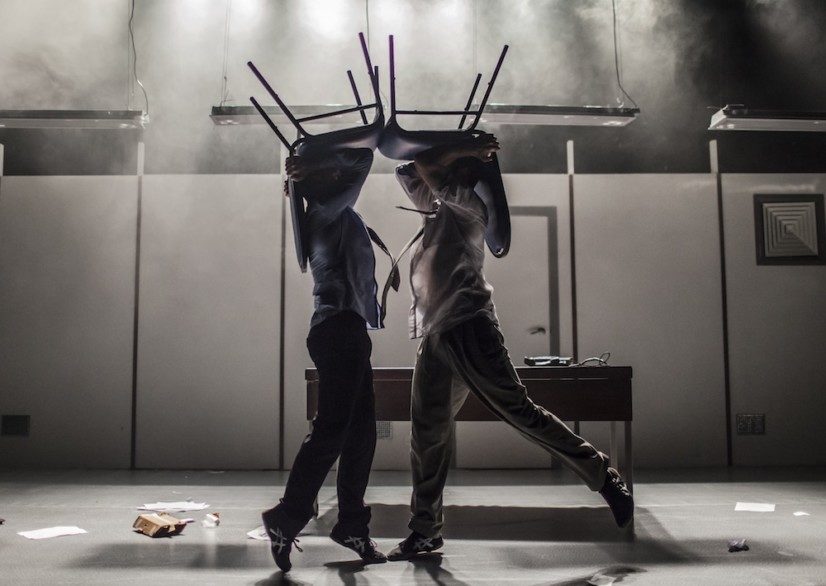 Cockfight is born out of a very real relationship between Thomson (33 years old) and Webber (50 years old). Thomson joined Webber at Dancenorth in Australia in 2005 and they have continued to work together ever since. Their relationship has developed over the years, and these shifts in their shared physical and performance history are evident in the trust and danger of Cockfight’s choreographic language.

Based on the Australian Gold Coast, with roots in Berlin, The Farm is an international network of highly respected artists, ranging from choreographers and independent dancers to musicians and designers. The artistic direction of the company is led by Gavin Webber and Grayson Millwood who have been making work together for the past fifteen years across four continents. 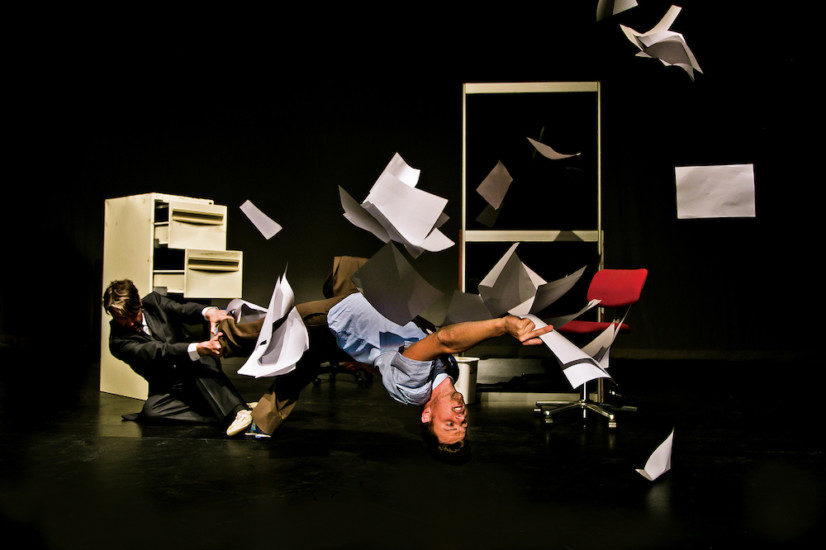