Michael Ball and Alfie Boe are ready for a ‘magical’ summer as they bring their stunning live show to some of the UK’s most beautiful and unique outdoor venues.

Following the stunning success of their Number One, double platinum-selling album Together – and 29 sold-out theatre shows across the UK in 2016 – Michael and Alfie today announced they will release a follow up album later this year on Decca.

Michael and Alfie say they cannot wait to take their show into the great outdoors this summer.

Michael said: “We are so excited about this tour. There is something magical about being in the open air when you sing.

“There is an atmosphere when the sun goes down, the lights come up on the stage and you are in a place where the music disappears into the ether. It’s a truly unique and special experience.”

Alfie added: “The reaction to our theatre tour last year was brilliant. The audiences were fantastic, all the nights were special and so we are really looking forward to these open-air dates.

“When we perform together something just clicks, it works. We are great friends both on and off the stage and I think that comes across. When you are comfortable performing with someone, as myself and Michael are together, then I think that comes out in the performance and makes these nights truly memorable.

“We’ve added a few things from the theatre tour, a few surprises to the set, and we really hope the audiences like them. We think they will.”

Having first met in 2006, while performing in Kismet with the English National Opera, Michael and Alfie have become lifelong friends.

That same year Michael made history as the first musical theatre star to be given a solo concert at the Royal Albert Hall’s BBC Proms, and asked Alfie Boe to join him to perform at the classical music festival.

This instant personal connection and professional mutual admiration makes for the perfect pairing and, to the delight of their hundreds of thousands of fans across the globe.

Michael and Alfie, this week, took a short break from tour rehearsals to head to Alfie’s hometown of Fleetwood, Lancashire, where the tenor received a special honour – a plaque unveiled at the theatre where he made his first stage appearance at the age of 14 in 1987.

Alfie joined the likes of John Lennon, Paul McCartney, David Bowie and George Michael to be honoured with one of 47 special blue plaques, all unveiled as part of BBC’s Music Day, which recognised pioneering musicians and music venues around the UK.

On unveiling his plaque at Fleetwood’s Marine Hall, Alfie said: “Amazing isn’t a big enough word to describe this honour.

“You walk past so many blue plaques on buildings and you never suspect you’re going to be one of them one day. I’m just blown away by it, I really am.

“To be in Fleetwood, my hometown, with my family and so many people who mean so much to me and have helped and followed my career, was so very, very special. It’s a day I will never forget.”

Michael added: “Alfie is one of the nicest guys who is so proud of Fleetwood, his northern roots and where he comes from. I am so very happy to call him my friend. I am thrilled to bits the BBC and the voters who voted for him have given him this honour – he blooming well deserves it!”

Tickets for Michael Ball and Alfie Boe’s outdoor concerts this June are available from www.cuffeandtaylor.com 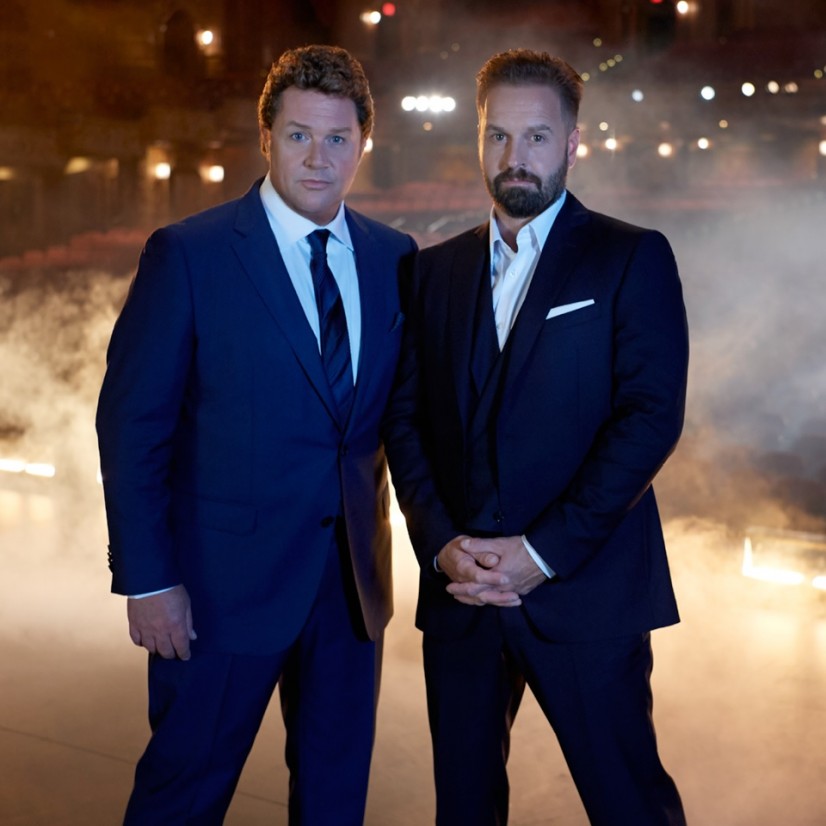