King of Pop with Jennifer Batten

King Of Pop with Jennifer Batten 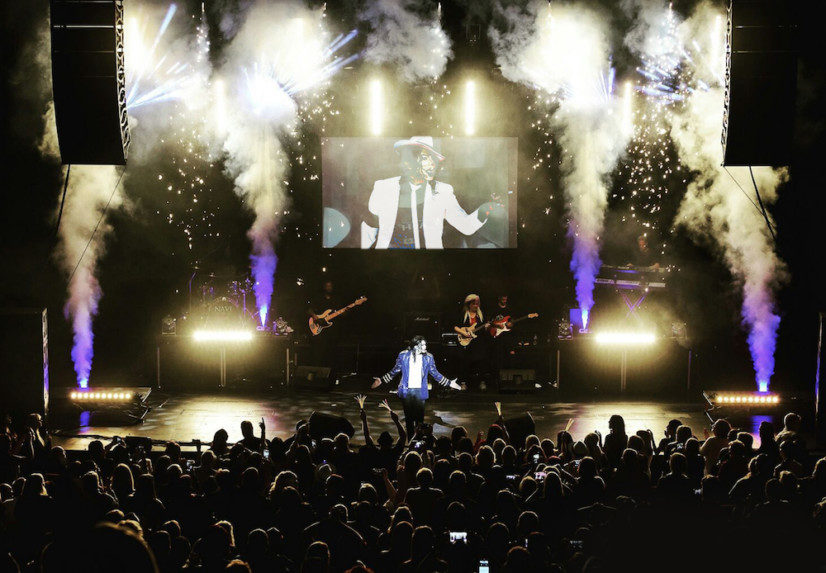 MJ’S GUITARST AND WORLD NO.1 TRIBUTE COMING TO WATFORD

GET READY TO MOONWALK the night away at a thrilling new show, which promises to take fans closer than ever before to an original Michael Jackson concert.

KING OF POP starring Navi is currently on tour in the UK and promises to take the Colosseum, Watford by storm when the production rolls into town on
Sunday 15th October 2017.

Organisers say the show is now bigger and better than ever before and are excited to announce that Navi will be joined on stage by Michael’s original guitarist, Jennifer Batten, who comes direct from the USA for a string of UK dates in 2017. With her blonde mane and commanding stage presence – Jennifer was Michael’s most iconic musician who he referred to as his “right-hand woman” for over 10 years.

Navi is regarded as the leading and most successful MJ tribute artist on the planet – a claim that is backed up by an incredible list of achievements chalked up in a career spanning three decades with shows in a staggering 61 different countries on 6 continents. He is also the only one ever to be chosen by Michael Jackson himself who described his performance as ‘Incredible’. Having performed for Michael at one of his birthday parties in Los Angeles, Michael not only applauded Navi for his renditions of Smooth Criminal and Billie Jean, but went onto giving him a standing ovation – an incredible moment which was captured on film. From there, they remained friends and Navi was regularly hired as a body double and decoy to distract fans and press when Michael was on tour.

“To meet Michael was one thing, but to perform in front of the greatest entertainer of all time and to perform his songs was no easy feat and extremely nerve-wracking.” Said Navi.

Jennifer Batten performed with the Michael across the globe on all three of his record- breaking world tours – the Bad World Tour (1987-89), Dangerous World Tour (1992-93) and History World Tour (1996-97). She also featured heavily in the iconic Super bowl half-time show (USA) – regarded by many as Jackson’s most spectacular performance.

She was initially hand-picked to play on the Bad Tour but Michael was so impressed that she joined him on the road for the next 10 years, playing on his Dangerous and History tours to more than 4.5 million fans worldwide.

Now, Jennifer has teamed up with Navi for an unforgettable experience for Jackson fans across the UK.

Talking about the tour, Jennifer said: “I’m really looking forward to playing Michael Jackson’s music again with a top notch tribute in the UK. I remember the crowds in UK were mad crazy for Michael. Not too many acts could fill Wembley stadium day after day, and year after year!”

Don’t miss this special concert featuring all the greatest hits performed by Navi and a live band led by the legendary Jennifer Batten. An absolute must see for MJ fans worldwide.

Featuring hits such as Smooth Criminal, Beat It, Billie Jean, Black or White, Man In The Mirror and the ‘Jackson Five’ classics in a show suitable for the whole family.