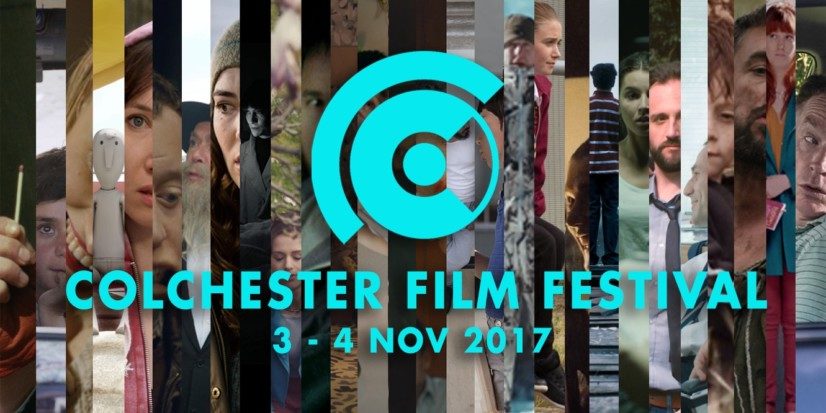 Colchester Film Festival is a two day film event taking place at Firstsite Colchester and bringing together a selection of amazing feature and short films, talks from award winning filmmakers and networking events.

The 2017 Colchester Film Festival opens on Friday 3rd November with our gala screening of award winning documentary Unrest (www.unrest.film). The film explores the story of Jennifer Brea who is struck down by a fever that leaves her bedridden, she sets out on a virtual journey to document her story as she fights a disease that medicine forgot. Before the film guests can arrive early to enjoy a drink and live music from local musician Cherchen Man.

The festival continues on Saturday 4th with a full programme of some of the best new short films from filmmakers around the globe including world, European and UK premieres. The five short film screenings showcase a wide range of genres, so whether you enjoy comedy, drama, romance, horror there will be films suitable for you. The festival has a remarkable record of selecting shorts that go on to gain BAFTA and Oscar success with no less than 6 BAFTA and Oscar nominated films selected in the last four festivals. The majority of these short filmmakers attend the festival to introduce their films giving audience the chance to meet these filmmaking stars of the future.

Alongside the short film programme will be a series of master-classes from some of the UK’s finest industry professionals, editor John Wilson (Billy Elliot, Me Before You, The Book Thief | www.imdb.com/name/nm0933622), director James Kent (Testament of Youth, The White Queen, The Thirteenth Tale | www.imdb.com/name/nm0448757) and cinematographer Matt Gray (Broadchurch, Apple Tree Yard, Heartless | www.imdb.com/name/nm0336819). These high profile speakers will be interviewed about their careers in the film industry and share their inside knowledge of everything from their work, experience, approach and processes. The talks will also involve a Q&A session giving audiences a chance to ask their own questions.

The festival will conclude with a screening of the 60 Hour Film Challenge (www.60hourfilmchallenge.com) shortlisted films and award ceremony, where the festival winners will be announced. All the festival guests, filmmakers and audiences will then be able to let their hair down at the festival after party. It will be a chance for audience members to network and mingle with the filmmakers and enjoy drinks and refreshments until late.

For a full list of events please visit our festival guide
http://colchesterfilmfestival.com/whatson

Tickets can be purchased
Online: http://colchesterfilmfestival.com/tickets
Phone: +44 (0)1206 713700
In Person: From Firstsite Colchester