Suits and shades at the ready for the Chicago Blues Brothers 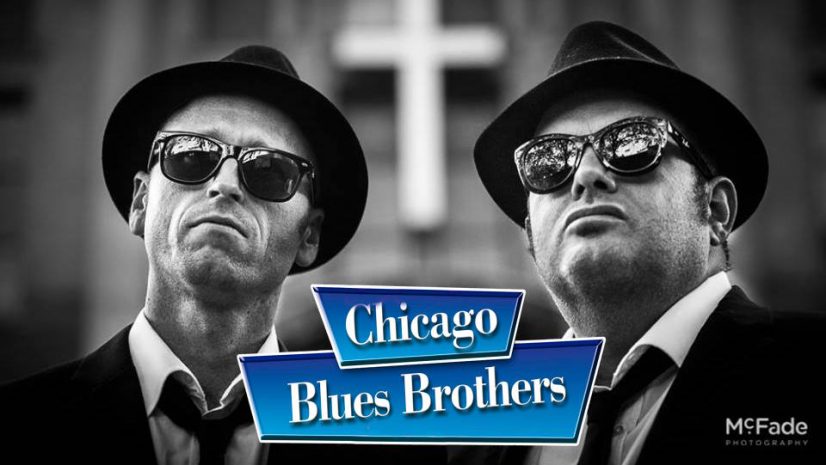 Come and shake a tail feather with the Chicago Blues Brothers as they present a joyous two-hour song-fest with over 40 hits performed live on stage at the Queen’s Theatre Hornchurch on Sunday 16 July.

Chicago Blues Brothers is a musical riot of the coolest, funkiest soul, blues and Motown hits performed with style, class and showmanship by a troupe of some of the finest entertainers working in modern musical theatre.

This high-octane, adrenaline-pumping musical mash-up presents the best material from the original Blues Brothers, featuring songs by legends such as Aretha Franklin, James Brown, Otis Redding, Ray Charles, Tina Turner, Cab Calloway. Audiences will be up on their feet dancing to classic soul hits including Jailhouse Rock, Stand By Your Man, Soul Man, River Deep Mountain High, Mustang Sally, Everybody Needs Somebody and more. It captures the sound, energy and persona that propelled the film to a cult status that still thrills audiences worldwide today.

Back with a brand new production for 2017 the legacy of Jake and Elwood has been jump-started for a new generation with an energy that’s impossible to resist. With an all new elaborate stage set the Chicago Blues Brothers take audiences back to 1980 to finish the concert at the Palace ballroom hotel – it’s an onstage party not to be missed!