“Something Just Like This”
iTunes | Apple Music | Spotify | Amazon | Vevo

GRAMMY Award-winning artist/producer duo The Chainsmokers have released their brand new single with Coldplay, “Something Just Like This.” Following four consecutive Top 10 Billboard Hot 100 Hits (including the record-shattering hit “Closer”), “Something Just Like This” was debuted with a surprise live performance from both acts at the Brit Awards just moments ago and is available now via the above platforms. Check out the lyric video, directed by James Zwadlo, HERE.

The Chainsmokers have also officially set a release date for their highly-anticipated debut album, entitled ‘Memories…Do Not Open.’ The full-length album is set to release on April 7 and is available for pre-order now.  ‘Memories…Do Not Open’ will feature “Something Just Like This” as well as The Chainsmokers’ current Top 10 radio hit and Gold-certified single “Paris,” as well as 10 additional brand new, never-before-heard tracks from the hit-making duo.

The Chainsmokers recently announced their 40 city ‘Memories…Do Not Open’ North American arena tour, which kicks off on April 13 in Miami, FL and will stop in major cities across the U.S. and Canada before wrapping in June. Multi-platinum artist Kiiara will join The Chainsmokers as special guest on all dates. 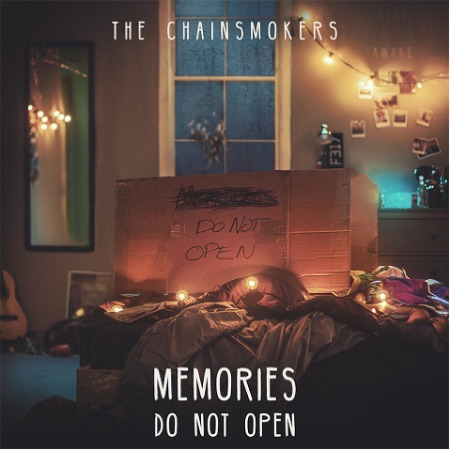 ABOUT THE CHAINSMOKERS
The Chainsmokers, comprised of Alex Pall and Drew Taggart, have evolved into a dominating musical force with a diverse repertoire of songs that have led them to become today’s hottest young artist/producer duo. With a signature sound that deftly reaches across indie, progressive and pop realms, their original tracks and remixes have topped the charts throughout the world. Their evolution as producers and as songwriters has seen them dial up some of the biggest breakthrough songs of the year. The Chainsmokers have won a GRAMMY Award and an American Music Award, while being nominated for three GRAMMY Awards, four American Music Awards, two Billboard Music Awards, two Teen Choice Awards, two MTV Video Music Awards and eleven iHeart Music Awards. They have performed all over the world to sold-out crowds at their own headline shows and major festivals including SXSW, Ultra and Coachella, and also at the 2017 Brit Awards, the 2016 American Music Awards and the 2016 MTV Video Music Awards.