Peterborough Heritage Festival, the UK’s largest multi-period living history festival, returns on 15-16 June 2019 for its 11th year with another day of free family fun. This year marks 200 years since the birth of Queen Victoria, celebrating in a true jubilee style with a Victorian funfair. Events on the day will also include Have A Go Archery, circus skills workshops and reenactments of battles from the Vikings to World War II. This year, as with our tenth anniversary, there will also be, dance, music and artistic displays from local community groups, exploring the cultural heritage of the city.

Over 300 re-enactors have descended on the city each year displaying key moments from over 3,000 years of the city’s history. These have included ‘The Sacking of Peterborough Abbey’ by Vikings, The ‘Siege of Woodcroft Castle’ during the English Civil War and ‘The Joust of St Peter,’ the first time a tournament of the medieval sport has taken place inside an English city centre for over 500 years. The full 2019 programme is still to be announced in the coming months are but will see the return of popular family favourites such as medieval jester ‘Fiery Jack’ and his band of wandering minstrels as well as a historic trade fayre where families can buy mementos from the day.

The festival itself takes place in the city centre between Cathedral Square and the grounds of Peterborough Cathedral. Inside the historic Cathedral itself there is always plenty to explore, plus there will be Tower Top Climbs at regular intervals on the Saturday and historical movie screenings in the afternoon and evening.

Vivacity’s Director of Culture, Richard Hunt, said “This year’s festival is an excellent evolution of a staple of Peterborough’s culture. Peterborough has a rich heritage, spanning back over 3,000 years to the Bronze Age. While many significant historical events have taken place either in or near the city, this festival casts the net further to celebrate Peterborough’s cultural heritage. At a time when Vivacity’s Treasured People and Possessions exhibition is in full swing at Peterborough Museum and Art Gallery, this year, above all, we celebrate the people of Peterborough and how they have contributed to its rich heritage.”

The festival runs from Saturday 15 – Sunday 16 June. To find out more or to be first to hear news of the festival as it is announced, head to vivacity.org/heritagefest 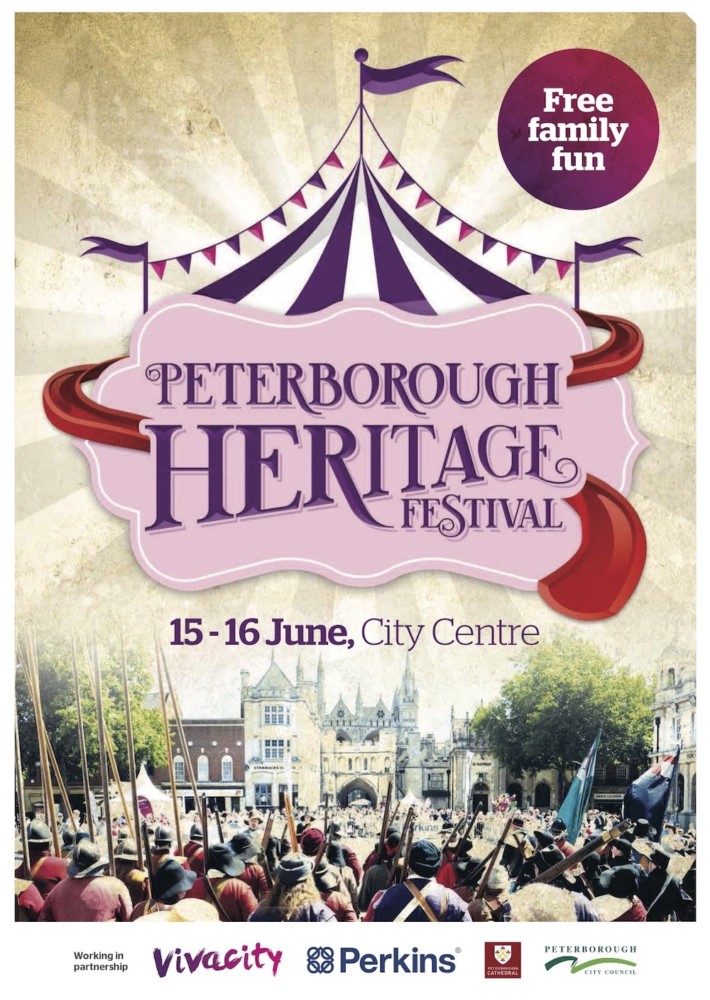