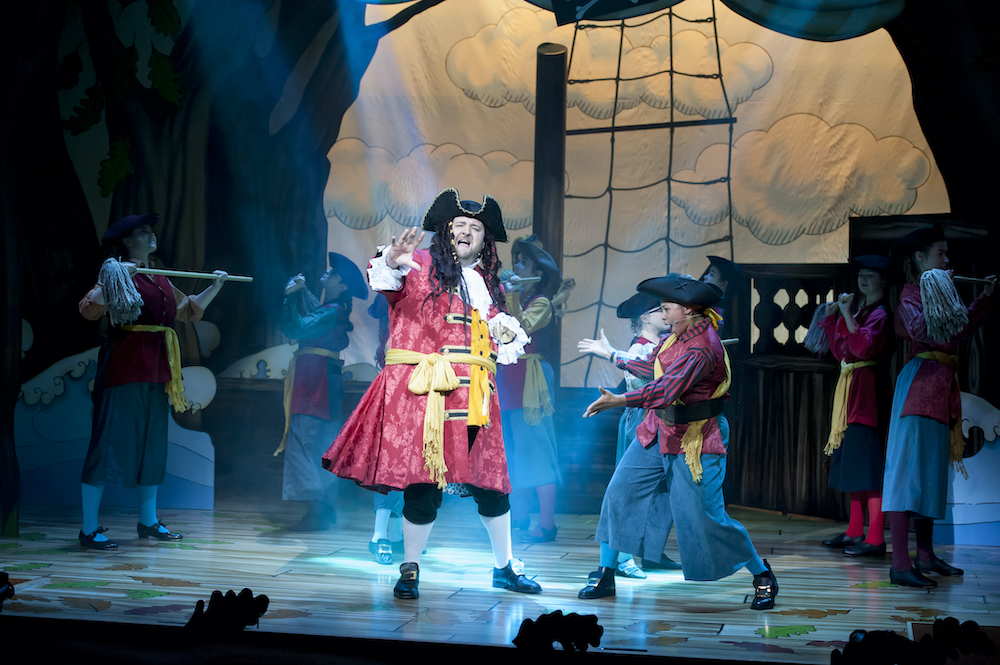 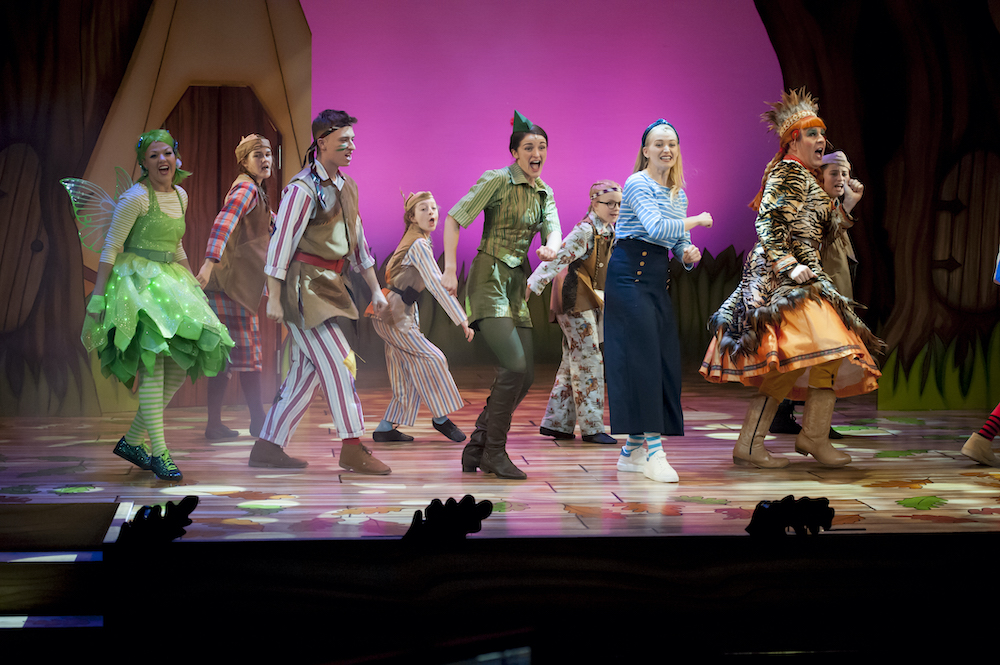 Once again it was fantastic to check in to Theatre Royal and the programme welcome page announced a special year. In this case, for the theatre that was famously refurbished in the Noughties, its 200th anniversary. Congratulations!

Artistic director Karen Simpson added that out of the anniversary logistics emerged the fact that J M Barrie had visited the theatre, and yet his childhood epic, Peter Pan, had never been produced as a pantomime. (Great to think Barrie had visited a theatre that would have so exactly resembled the stunning restoration of today, though.)

Fast forward to 2019 and welcome to Peter Pan the pantomime, written by Chris Hannon; and as we joined cast, crew and audience (including some very young audience members like the toddlers in the box next to us who endearingly popped their heads up through the first half) we were struck again by the sheer magic of the traditional family pantomime.

At the heart of the show is always the humanity, warmth and popular homespun wisdom of the genre, embodied nowhere more than in the Panto Dame – in this case once again the fabulous Chris Clarkson as Tiger Lily (Chris is a rugby nut and follows his home town team Leicester Tigers). Chris, whose profile shows accomplished acting career credits in a range of TV soaps and adverts, is a real star and was playing the Dame for the 3rd year running at Bury (said our attentive PR man Aaron. And he was backed by talented performers in Anna Campkin as Tinkerbell and Jasmine Hackett (Wendy) and Lauren Chinery as Peter and these last two shared great chemistry. Finally, Smee (Oliver Mawdsley) was especially sharply observed, a ‘gilet jaune’-clad blue-collar father and Captain Hook (Alan Mehdizadeh) and Joanne Sandi’s Mad Maud/Miranda.

This rollicking and original pantomime was full of good ideas and these highlights are listed by my father, John, who at 83 is a veteran of family panto watching going back to our family highlight – Leslie Ash as Robin Hood in a seminal panto in Sheffield in the 1980s.

Dad emailed: “Top of the list: the Synchronised Swimming Routine Song.” Yes, agreed, this was sublime. Okay, from the ridiculous (apologies to serious practioners of this activity but we love you for it) to the sublimely ridiculous.

And he said he liked particularly Tinkerbell’s honesty about giving away the Lost Boys’ hideout. (Yes, as so often a profound observation on human behaviour emerging from the panto fun.)

“They handled TinkerBell’s death rather well – and the Belief in Fairies issue,” said Dad.

“Wendy and Peter made a great pair,” he added. “There was some good sharp dialogue and some witty unscripted exchanges between cast and audience. The actors were a pretty bright lot.

“All the songs were good. All that stuff about staying young and growing up came across OK.”

Finally, credit to designer Dawn Allsopp for a fab set and props – not least her large headed (and multi-dentured) crocodile.

All in all a fantastic night, or rather matinee which we attended. Just one last thing – as we opened our programme a little piece of paper fluttered out and on it was the name: Rosie Deacon – a member of the Young Chorus who’d clearly just missed the print run.

Well, Rosie (who unlike her peers had a headshot), you were fab and so were your Blue and Green Teams.

Here’s hoping the season is a great success for everyone involved. 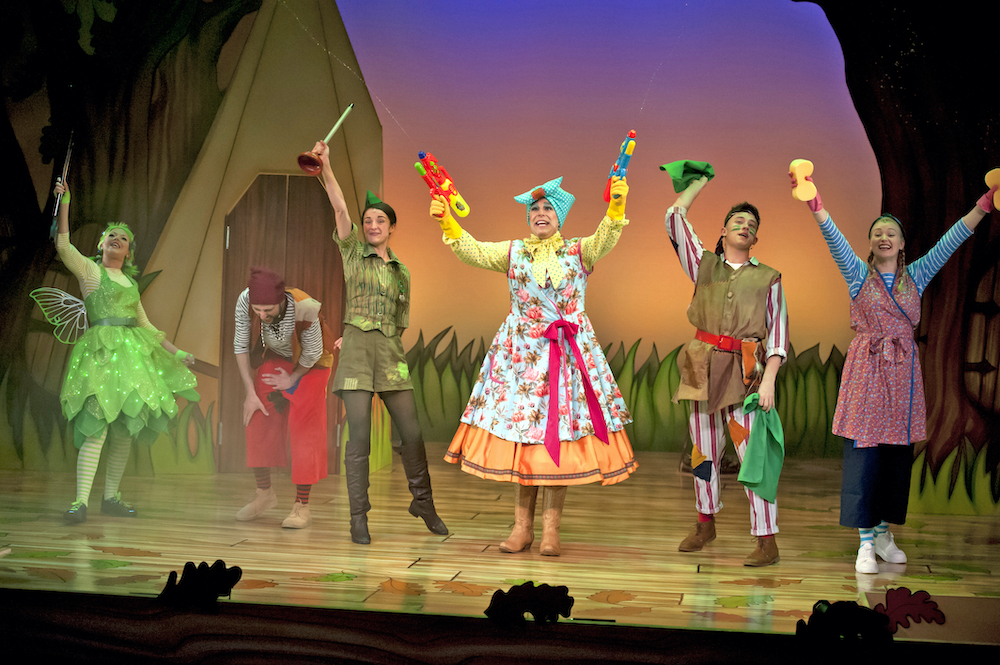