Over £200 Raised for The East Anglian Air Ambulance!

Only The Brave 10 Mile Mud Run In Aid of the East Anglian Air Ambulance Supported by Beers of Europe, The Warehouse Antiques & Collectables and Beers of Europe in Norfolk.

The ‘Only the Brave’ challenge this year had it’s record breaking attendance hosting 1,850 racers who all ran for the charity.

The choice was between six or 10 mile course with plenty of obstacles and lots of mud – Jim really went for it and chose the 10 mile course which he ran in just over an hour and a half.

Jim is partner of Zoe Briscoe who works for the Warehouse Antiques & Collectables.

Also, taking part was a team from The Black Shuck Gin Company, a supplier of excellent gin from the Norfolk and available from Beers of Europe.

East Anglian Air Ambulance exists to save lives by delivering highly skilled doctors and critical care paramedics by air or car to seriously ill or injured people in the region. It is a life-saving charity that is only kept airborne thanks to incredible supporters.
Since the charity launched in 2000, crews have treated over 25,000 patients at the roadside, in the city, on the beach, and maybe near where you live.

The crew comprises specialist pre-hospital doctors and critical care paramedics, operating out of two high-tech helicopters from 07:00 until 19:00 from the Norwich base and from 07:00 until midnight from the Cambridge base. They were the first air ambulance in the country to attend helicopter emergency medical incidents in the hours of darkness to unknown and unlit sites. 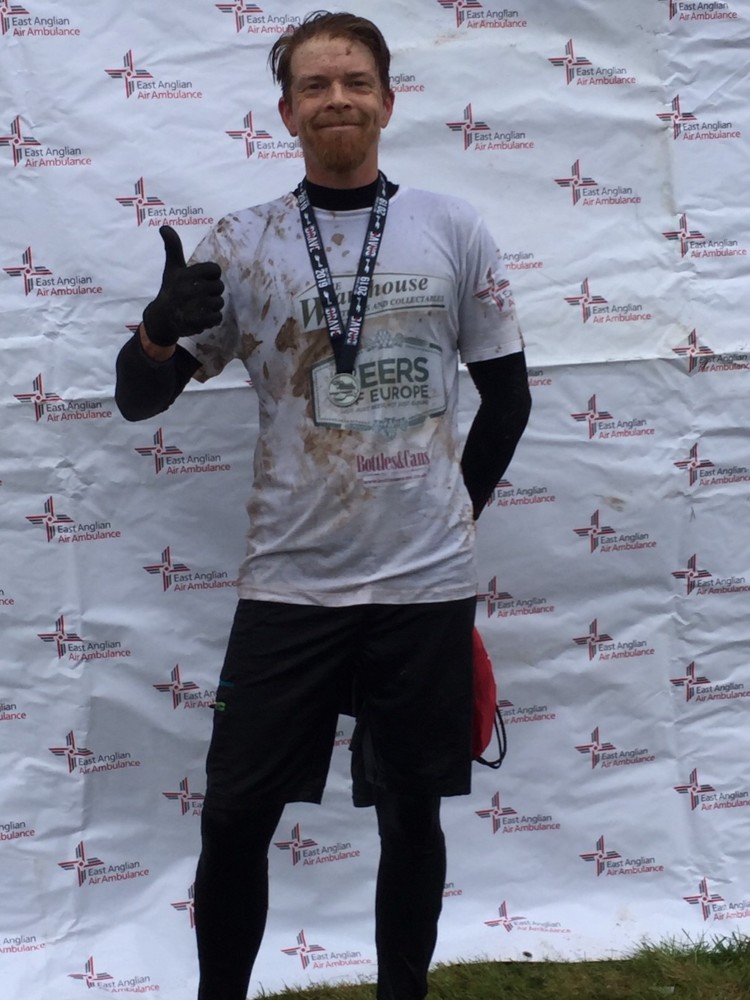