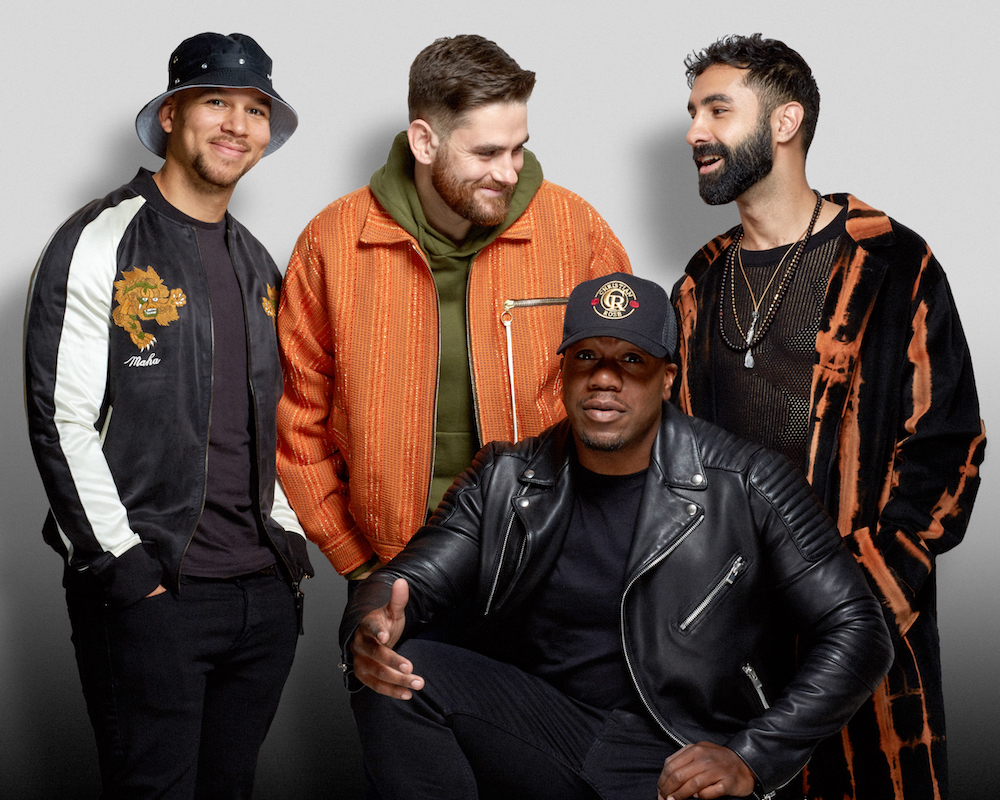 The Jockey Club Live and Newmarket Racecourses are excited to announce that RUDIMENTAL will be making their Newmarket Nights debut on Friday, 26thJuly. The band will follow in the footsteps of previous DJ headliners Mark Ronson and Chase & Status in hosting one of the most anticipated nights of the season.

To date, the genre-defying, BRIT-Award winning band has sold over 4.3 million singles in the UK. They released their double-platinum selling debut album “Home” to critical acclaim in 2013, which has since sold over 1 million units worldwide, earning them at Mercury Prize nomination. Their second UK #1 studio album “WE THE GENERATION” released in 2015 and featured their global smash “Lay It All On Me” featuring Ed Sheeran, which has sold over 1.7 million copies, globally, including Gold single status in the US.

The four-piece group returned to the music scene last summer with their Gold-selling single ‘Sun Comes Up’ ft. James Arthur, which has gone platinum in the UK and spent 8 weeks in the Top 10 Official Chart, peaking at #6 also earning a global stream count of over 80 million. Their latest single, ‘These Days’– which features Jess Glynne, Macklemore and Dan Caplen– stormed to the top of the UK charts earlier this year and has spent a total of 43 weeks in the chart.

Amy Starkey, Regional Director, Jockey Club Racecourses – East Region said
‘We are delighted to be welcoming Rudimental to the Newmarket Nights stage for the first time. Our DJ nights have been a big hit, so Rudimental will be a great addition to this year’s line-up. Keep an eye out for more exciting announcements in the coming weeks!’

Rudimental join previously announced THRILLER LIVE (Friday 19th July) on the Newmarket Nights line-up. The spectacular West-End concert was created to celebrate the career of the world’s greatest entertainer, Michael Jackson and features some of his best-known classics including Smooth Criminal, Beat It, Billie Jean, Thriller plus many more. Keep your eyes peeled as the next Newmarket Nights announcement is imminent.

The Jockey Club Liveare leading promoters on the UK live scene, delivering spectacular line-ups of some of the hottest chart talent and legendary household names to some of the world’s most famous racecourses. Summer Saturday Live and Newmarket Nights are a staple in the regions social calendar and last year hosted tens of thousands of fans of live music.

The Jockey Club racecourses have world-class customer facilities, featuring an array of award-winning restaurants that cater for all tastes, be it Fine Dining through to delicious bistro food. The Jockey Club venues welcome over 2million people a year for some of the UKs biggest racing events so you can be sure a fantastic evening.

Tickets will be on sale at 8am on Friday 14th December via http://www.thejockeyclublive.co.uk, with a presale available to customers at 8am on Wednesday 12th December. Tickets are priced starting at £25 (10% booking fee applies). All T&C’s are available on http://newmarket.thejockeyclub.co.uk. There will be hospitality packages available to suit all budgets.