Extra anniversary dates on sale Friday due to phenomenal demand

You Me At Six have today revealed the official video for their latest single ‘3AM’, one of the first tracks to be taken from their new sixth studio album VI, out October 5th via AWAL, releasing under their new Underdog Records imprint.

The video, that splits into two contrasting segments, spells out a night like no other and presents what frontman Josh Franceschi thinkshappened (Act 1: Expectation), swiftly followed by the entertaining truth, what actuallyhappened (Act 2: Reality).

Speaking of the video, Franceschi comments;“The idea came from watching Wolf Of Wall Street. In the film there is a scene where the main protagonist (Leonardo DiCaprio) has a split reality when under the influence of what he believes to be true and what is actually true. That just resonated with us. I worked quite closely with Dan Broadley (Director) as I found myself doing a lot of ‘acting’ in this video. It was new, and a challenge, but he gave me the confidence to embrace it and also have the freedom to go off script”

Director, Dan Broadley, also says; I remember really early on in the process, we had this unhinged creative conversation about what we all wanted this video to be and how we wanted to push the boundaries of what people expected of You Me At Six. I recalled this amazing scene in The Wolf Of Wall Street where it shows Leo making it back home in his Lamborghini whilst totally off his head on drugs, however it later reveals what really happened… and the journey didn’t go as well as he remembered. I loved that idea and wanted to adapt it to a ‘night out’ scenario where Josh plays this bouncy alter-ego of himself. I think a highlight was persuading the guys to learn a full dance routine to perform at the climax of the song…”

Following the announcement of new music and a brand new album, You Me At Six have also set out their plans to celebrate the 10th anniversary of their debut album ‘Take Off Your Colours’. Due to phenomenal demand, the band have added seven additional dates to the initial three that sold out in just twenty minutes. These special one-off events will see the acclaimed five piece play their seminal genre-classic ‘Take Off Your Colours’ in its entirety. Alongside the anniversary shows, the band will be playing five UK headline shows. Support for all the above shows coming from Marmozets& The Xcerts. All dates sold out immediately upon going on general sale.

After selling over 76,000 tickets across the UK last year, You Me At Six are undoubted Heavyweights of the UK rock scene, filling the largest venues wherever they go. Their phenomenal live career speaks for itself, having sold out arena tours in the UK, headlining both the NME/Radio 1 stage at Reading & Leeds in 2017 and the second stage at Download Festival this year. These upcoming sold-out shows gives You Me At Six the chance to road test their explosive new show, creating a new batch of future live classics for fans in the process.

The band have notched up a list of considerable achievements since forming in 2004 as teenagers in Weybridge, Surrey, including four UK Gold Records, four Top 10 albums in the UK including Number 1 albumCavalier Youth, three sold out arena shows, sold out UK headline arena tours, an unparalleled 15 consecutive A-List singles on BBC Radio One, multiple sold-out US headline tours and a Number 1 rock song in UK & Australia and Top 5 Rock Radio track in North America in ‘Room To Breathe’.

With ‘VI’, You Me At Six are stepping out of their comfort zone and are about to change the way you think about them. Prepare to have your expectations shifted as 2018 marks a brand new chapter for one of the UK’s biggest guitar bands. 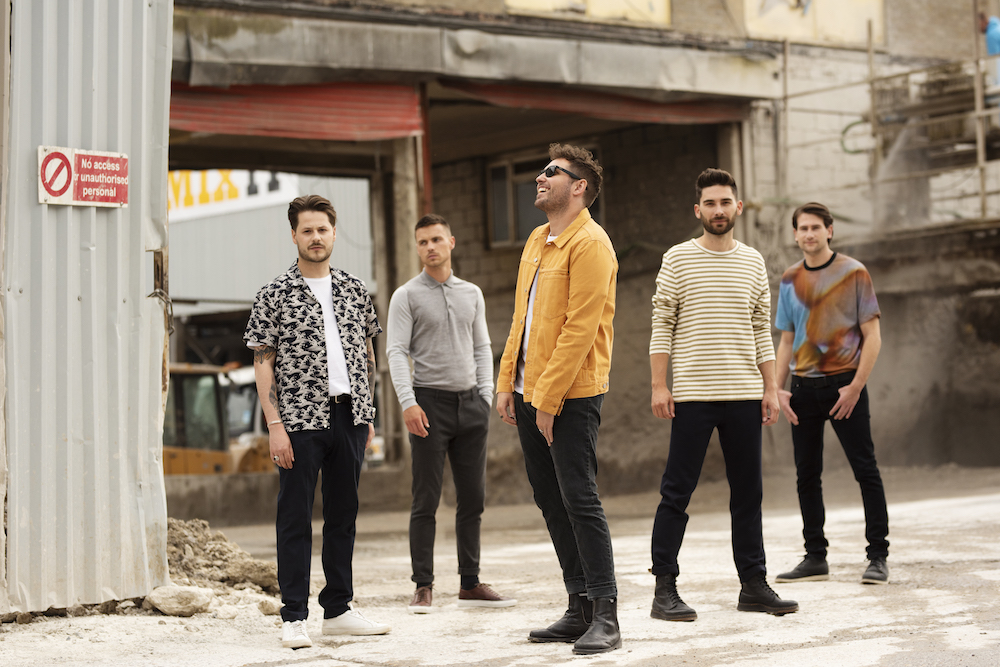 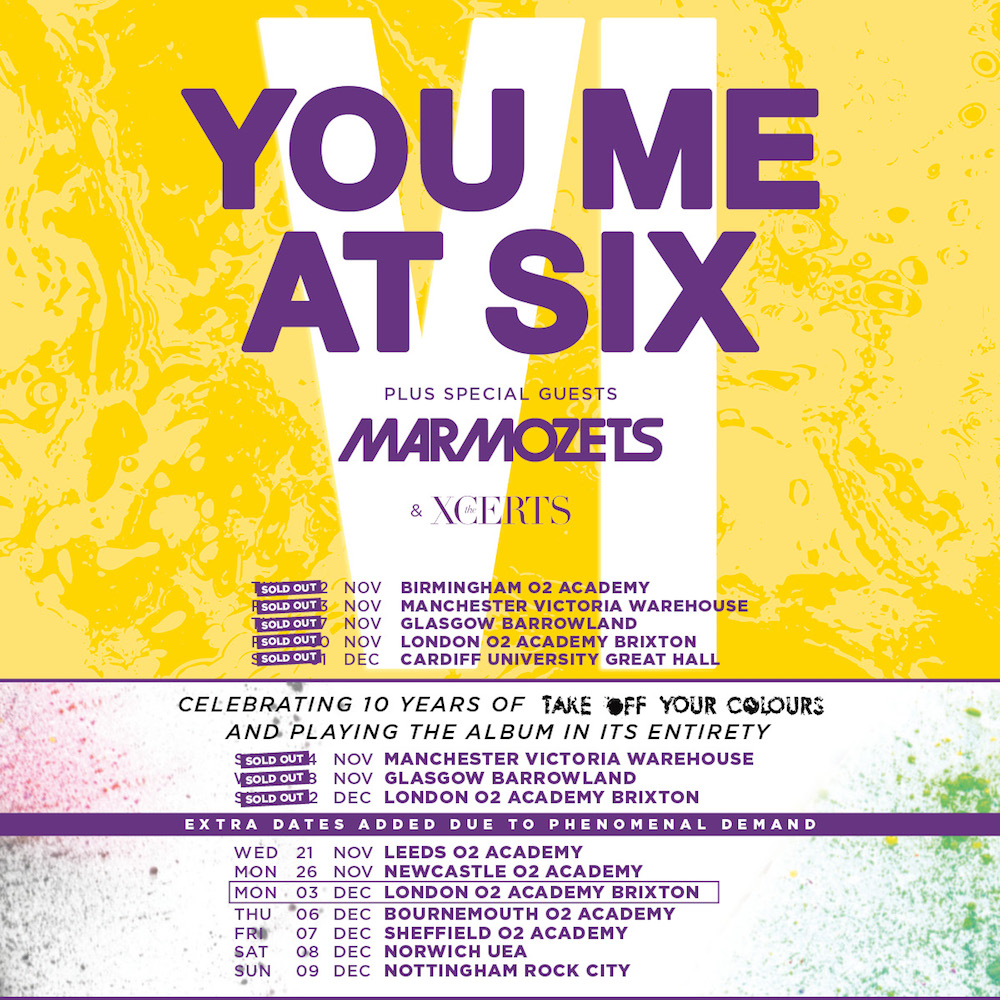