Brighton’s music venues are joining forces to programme a series of live gigs to support and protect the city’s vibrant music scene. Live Is Alive! will take place in Brighton Dome and via livestream over four consecutive Saturday evenings from 17 October to 7 November 2020. Each event will feature local emerging artists and bands, programmed and presented in collaboration with grassroots music venues.

Brighton Dome will host the small-scale performances in its iconic Concert Hall, open to audiences for the first time since closing in March 2020. Tickets are limited to 250 each night, presented in a cabaret-style seating format, as well as offering a live stream for viewers to watch online. The venue has received the ‘Good to Go’ mark with enhanced safety measures in place throughout the building to support a socially distanced audience.

The Live Is Alive! collective of partners said:

“Live Is Alive is what happens when a city comes together in a crisis – a unified force pulling each other forward towards awareness and survival. It is the joining of Brighton’s live music venues under the beacon that is Brighton Dome. We want these events to represent hope and resilience and to reignite our cherished music industry for the venues, the staff and freelancers, as well as the up and coming artists, musicians, bands, the gig-goers and music lovers.”

Since social distancing measures were implemented, the live events industry has faced a huge challenge. The #SaveOurVenues campaign has highlighted 400 grassroots music venues in financial crisis in the UK, with many facing imminent closure.  The live music sector brings £4.5bn to the UK economy and supports 210,000 jobs, with millions of fans coming together to enjoy their favourite artists. Brighton & Hove’s live music scene is one of the city’s great success stories, generating an estimated £112m per year for the local economy and plays a key role in its position as a creative, cultural and tourist destination. Venues can reopen but most are unable to operate as sustainable businesses under the current government guidelines.

“We are delighted to be able to work together with the city’s grassroots music venues, to offer a place for emerging artists to play, and support the venues that aren’t able to open at this stage. These events will be our first step towards bringing live performances back in a safe format and we hope audiences will feel confident and excited about returning to one of the city’s most treasured spaces.”

Live Is Alive! tickets go on sale at 10am, Thursday 1 October 2020 from Brighton Dome’s website brightondome.org.

From jazz fusion to punk, electro-pop to beat poetry, the events will nurture young creative talent, help support a collective solidarity and raise awareness of the financial plight venues have faced since the coronavirus pandemic forced them to close their doors. Venues and artists will benefit from fundraising opportunities through ticket sales and donations.

Tickets from brightondome.org or in-store from Resident. 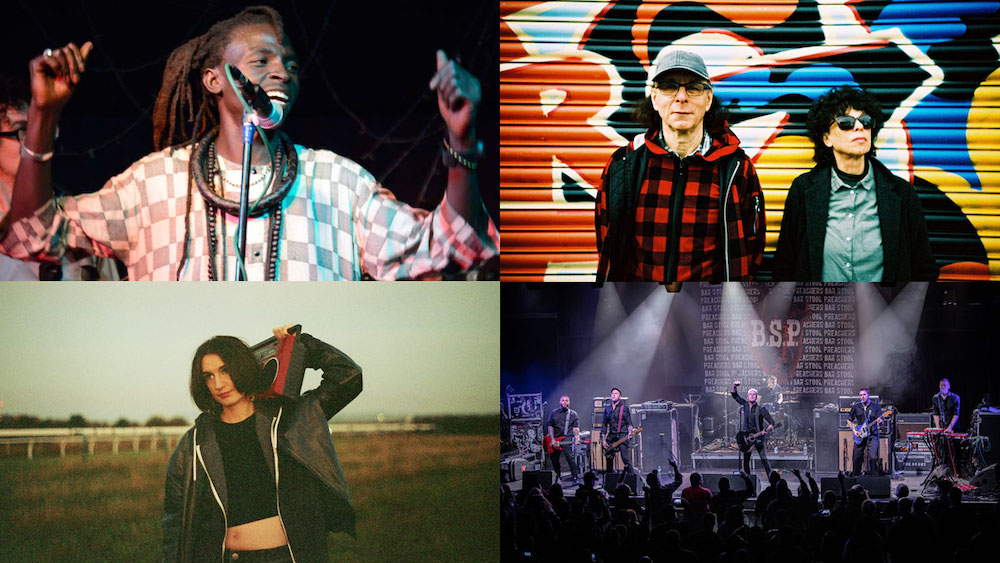 Immersion provides an outlet for their ongoing fascination in crafting enthralling, unique musical soundscapes. Although the influence of German krautrock pioneers like Tangerine Dream and Popal Vuh is detectable, Immersion have evolved their own far more personal sound. Their amalgam of fascinating textures and limpid melodies gives their compositions an irresistible appeal.

Bakk Lamp Fall translates as ‘light into darkness’ in Senegalese language Wolof. Their music is a contemporary fusion with strong roots in the Baye Fall tradition from Touba, Senegal. The line-up combines an outstanding West African percussion section with some of the finest UK instrumentalists, led the vocal power of singer Khadim Sarr.

Yumi And the Weather presented by St. George’s Church

Yumi And The Weather is the music project of Brighton based singer, multi-instrumentalist and producer Ruby Taylor. Her debut self-titled album received support from BBC 6 music presenters and Radio X’s John Kennedy and was included in Electronic Sound magazine’s top 20 albums of 2018. Yumi is releasing a new EP on Brighton’s Small Pond label in December, which she wrote and self-produced during lockdown.

The Bar Stool Preachers presented by The Pipeline

Proud of their Brighton roots, it couldn’t be more fitting that their return gig is at Brighton Dome. If you haven’t been to a Bar Stool Preachers show before, you’re in for a night of high energy, bringing their unique blend of political power and equality to the stage. 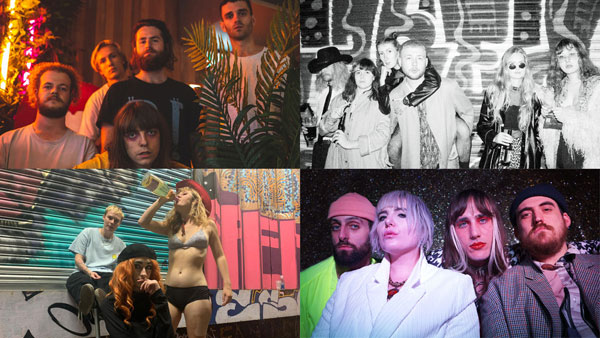 Wrap your ears around a night of dramatic grunge punk from Brighton’s indie underground scene.

DITZ presented by The Hope & Ruin

Despite being named after the beloved alcoholic beverage, the Brighton four-piece sound  neither light nor fruity. Expect to knock back raw, face melting garage-punk!

Combining the grit and social awareness of the likes of Idles and Slaves with a healthy dose of humour, Wife Swap USA subvert classic punk themes with snarling bitterness. The Brighton based newcomers are ones to watch, bringing music you can dance to, multi-layered lyrics to make you think, coupled with a don’t care attitude. 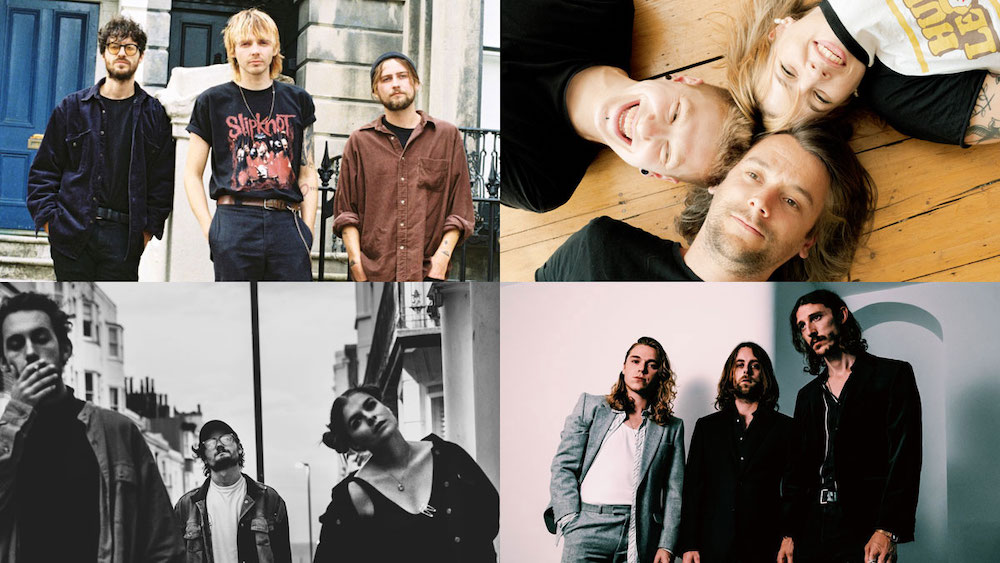 A night of pungent power-punk presented by The Green Door Store and Music Venue Alliance Brighton.

Established three-piece combine sweet and sour lush melodies with heavy, gnarly guitars in an understated, almost ’70s way. Originally from Newcastle and now based in Brighton, the band released their second album Holy Doom in 2018, followed by a support slot on Jack White’s world tour.

Cutting together malign heaviness with acidic melody then tied in place with a dose of contagious pop, Sick Joy’s ‘noise-pop’ echoes influences of the Pixies and Nirvana among others. The band moved to Brighton from Newcastle in 2016 and played their first sold out show at Patterns with fellow north-to-south bands Demob Happy and Tigercub.

The Brighton three-piece fuse the abrasive tendencies of Sonic Youth with the lush alt-pop of the 90’s, inhabiting a space where the most infectious melodies sit alongside experimental musicality. Their blistering live show earned them Latitude Festival Highlights, a string of packed Great Escape shows and support with Blood Red Shoes, Kid Kapichi, Deap Vally, Tigercub and Xcerts.

Hailing from Canada, Greece and Southampton respectively, band members Annie, Daphne and Scott collectively make up electro-punk powerhouse CLT DRP. The Brighton based trio have just released their debut album, Without the Eyes on Small Pond recordings with influences ranging as far and wide as Death Grips to Peaches. 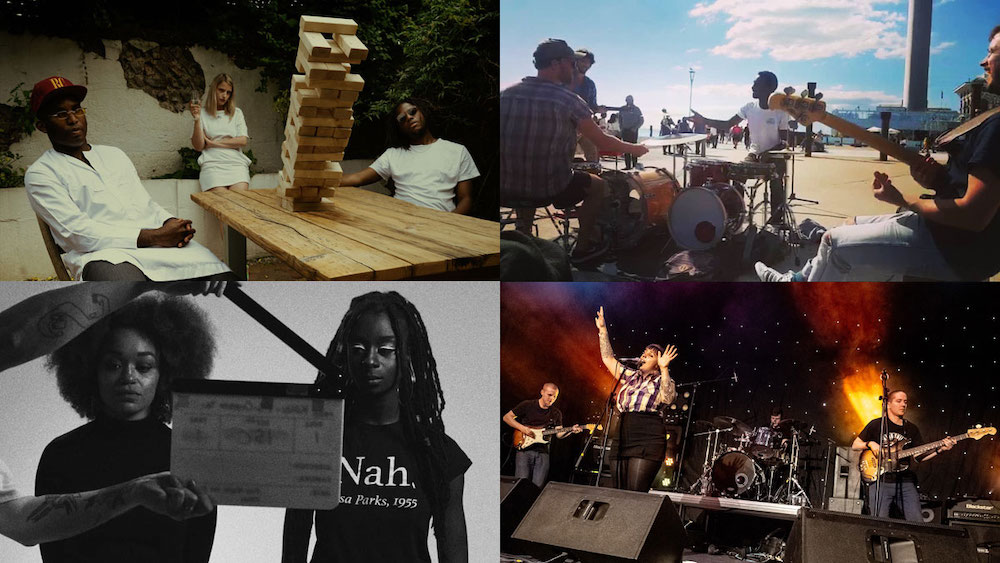 A laid-back evening of subtle moves and tight grooves from jazz, soul, reggae and ska.

Dakka Skanks bring hard reggae, ska, dub and punk rhythms together in a fresh style. Clara Byrne’s mesmerising lead vocal cuts through like a wave of emotion, her lyrical integrity straight from the soul, with serious social and political issues explored through dramatic delivery.

AFLO. is a Brighton-based spoken word artist and activist who uses poetry to express her lived experiences and to challenge dominant narratives. A PhD student at the University of Brighton, her work has been influenced by hip-hop and grime.