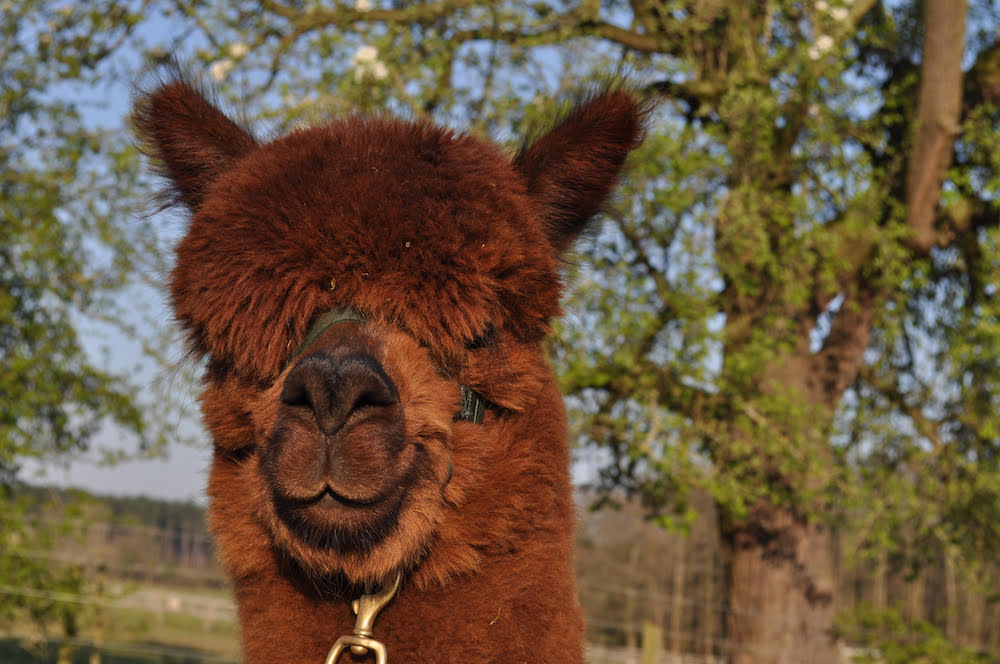 It was one of the wettest mornings the East of England has experienced all year and we were greeted by Sophie, who runs Hedingham Alpacas, looking as wet as it was possible to get but with a great big smile which cheered us all up. 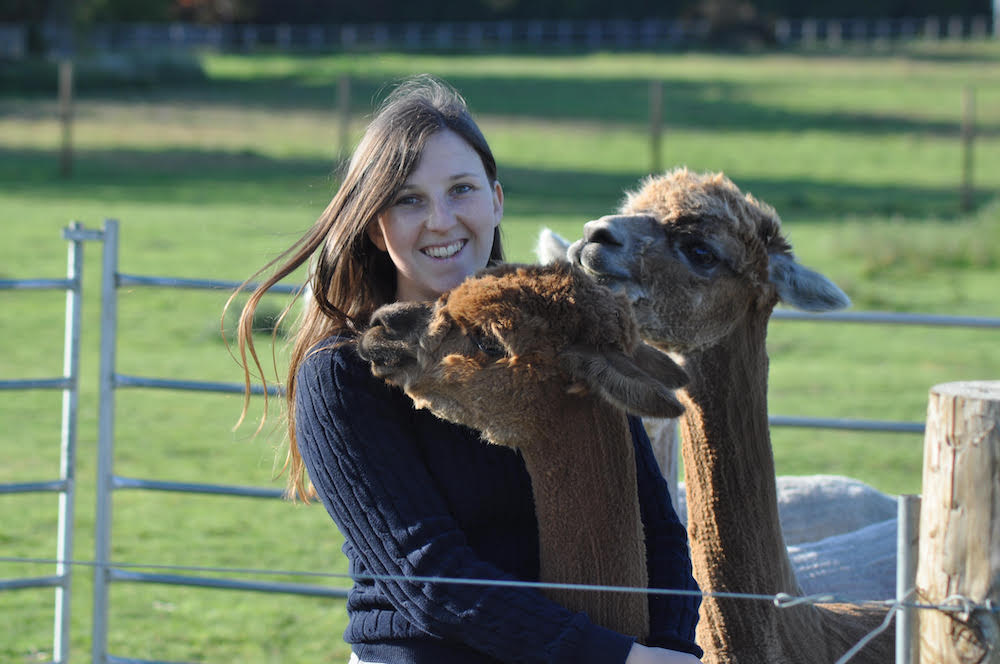 We were here on a gift experience meeting a herd of alpacas in Norfolk and it was all go for Sophie, who had already just come to the end of the midday session of satisfied alpaca tourists. A good number of visitors in downpour conditions mingled as some headed back to their cars and we ventured out to Sophie’s well-equipped shelter. Five cars were parked out in the open field on the scenic site near Wretham, Norfolk. A sure sign that something was proving a big draw, and despite the atrocious weather conditions. 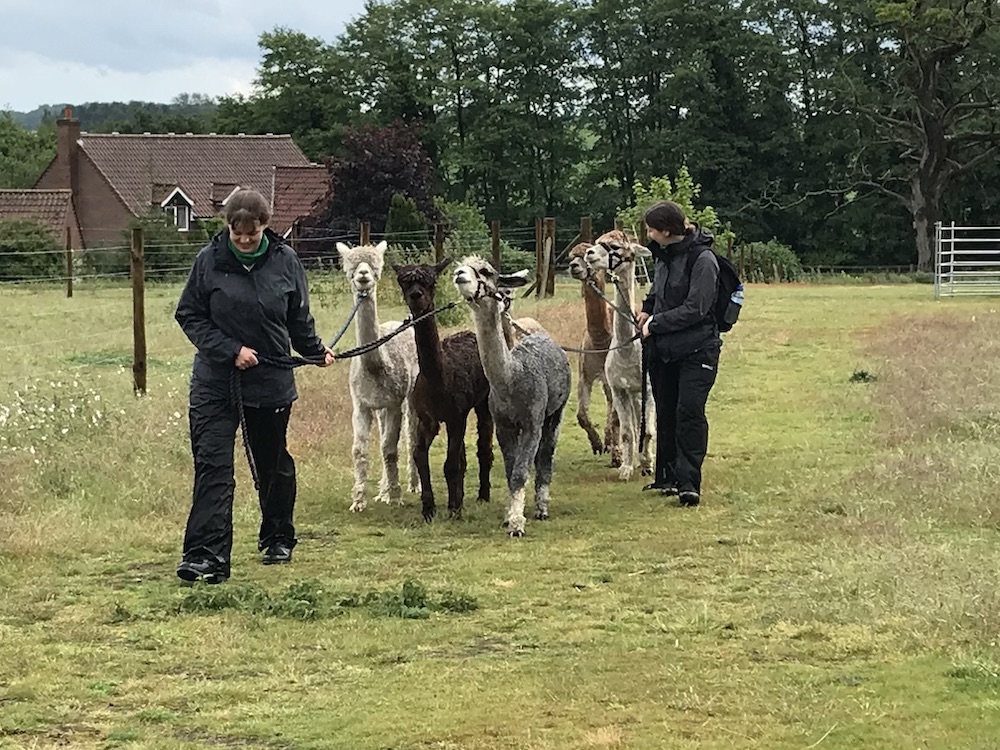 We, on the other hand, were lucky to be at just the start of our alpaca walk experience and we crossed a field where the ‘girls’ (female alpacas) grazed and eyed us, while a youngster bounced as do healthy youngsters of all species. 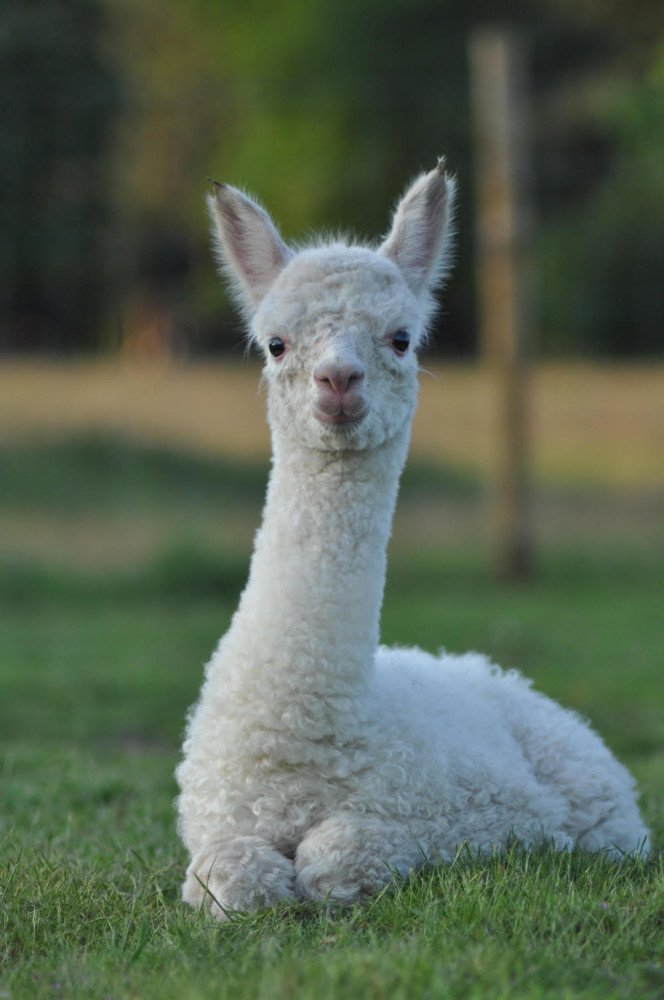 Across another fence the ‘boys’ looked out from an open backed trailer.
While alpacas and everything alpaca related continues its rampage through the consciousness of British animal lovers, it was fantastic to meet a ‘herd owner’ (Sophie) who so obviously ran the show as a labour of love (even though it is clearly a rapidly growing business).
Sophie told us she fell for the alpaca bug four years ago at the Suffolk show. After which she brooded that ‘a life without alpacas was not an option’ and soon had acquired a starter herd of seven animals.
Originally based at Castle Hedingham, Essex (hence the herd name), Sophie built up a number of high quality breeding stud males and potential studs and females for sale. Numbers were boosted up to the current complement of 16. 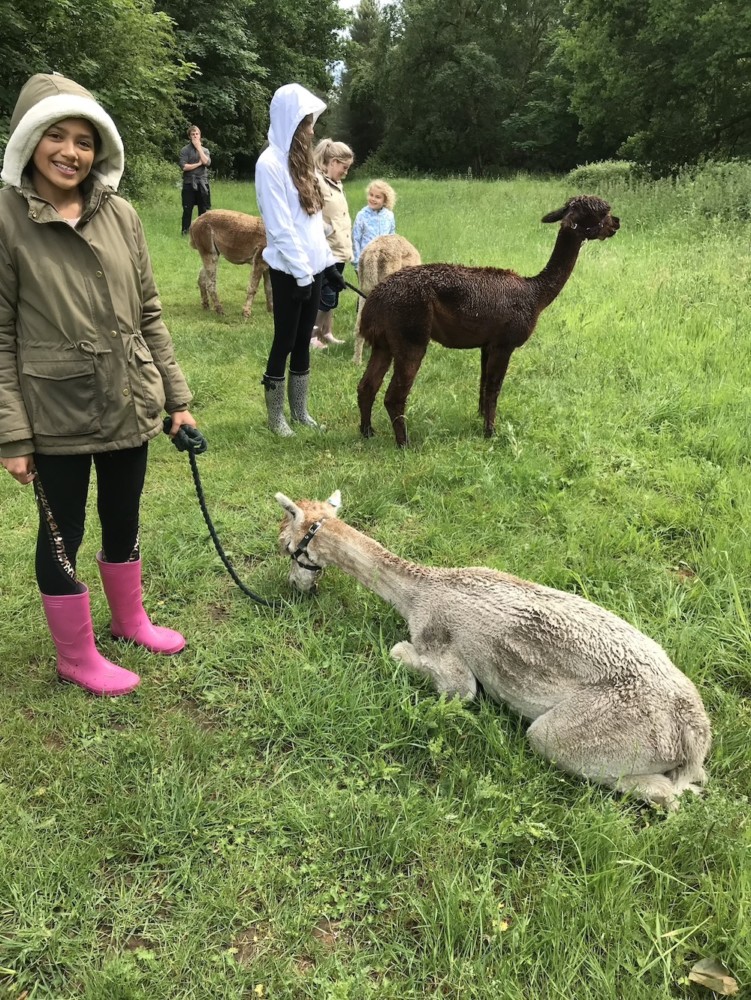 Starting off our experience near Thetford Forest we soon got out of the rain in a comfortable area of covered seating with a nice touch: alpaca rugs to sit on. Sophie gave a thorough and informative talk, where subjects such as alpaca and lama ears and the differences thereof were discussed (alpacas have neat shaped ears; lamas are more like little bananas I profile).
With the help of Sophie’s friend, Kiri, and boyfriend Sam a largish group of ten of us then went on a quite extensive walk through the outlying Forestry Commission managed woodland.
Tracks were sandy (this is Breckland) and the going was good as the rain finally cleared up and the sun delighted us all for the first time that day. 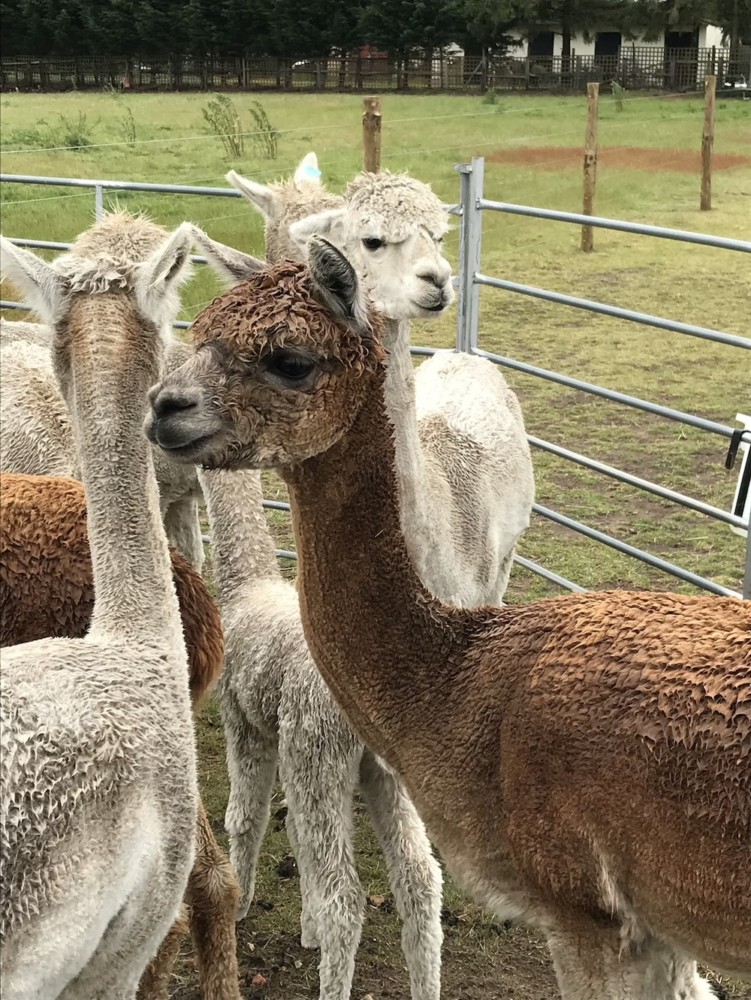 There followed ‘alpaca selfies’ and a feeding session and all the while the heartwarming reality that Sophie and her small team really do love talking alpacas and nothing was too much trouble, including advice for those interested in starting their own herd. 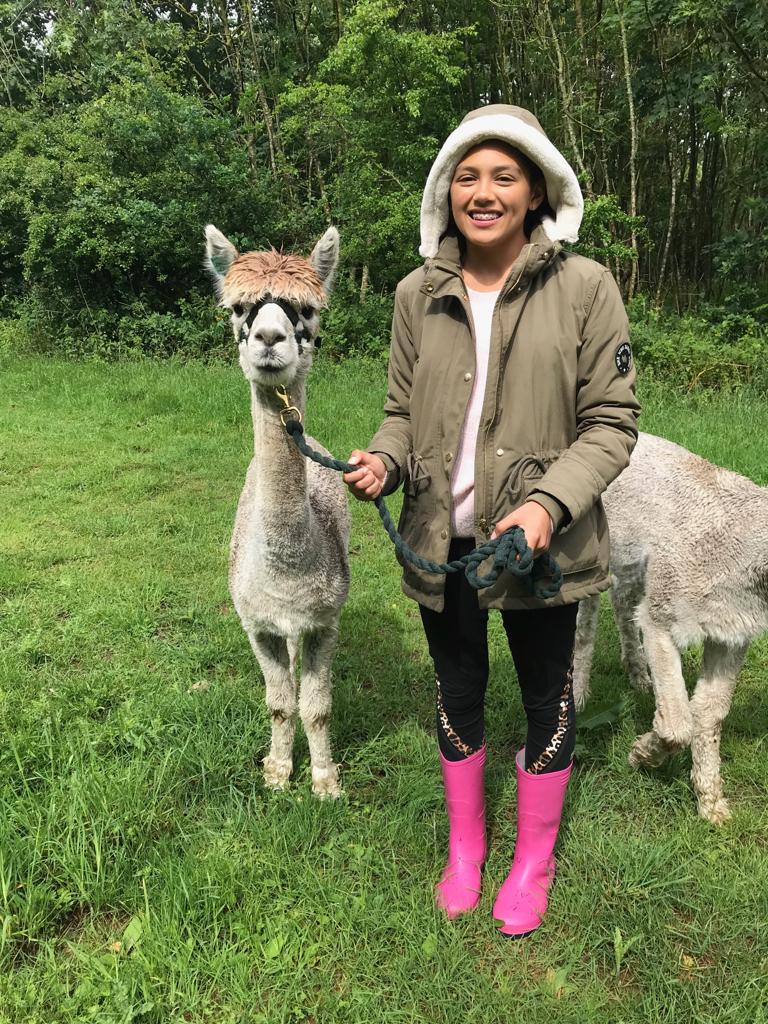 I’ll leave it to our 12-year-old daughter Pippa to offer her personal view of this fantastic, engaging experience:
“This is an alpaca farm unlike any others. When you are walking them you get to go on an actual trail through the forest instead of walking around a field.” “I walked a really cute alpaca called Puno, named after a village in Peru. He led the group and throughout the walk he made really cute little noises.” “Halfway through the walk we stopped for selfie time with the alpacas then let them eat grass and have a little break.” “At the end we got to hand feed the alpacas (it’s only an extra 50p) who were hungry and tired after their walk.” “Overall I thought it was a great experience and is the perfect family day out.”