Joe Sugg and Dianne at Chelsea 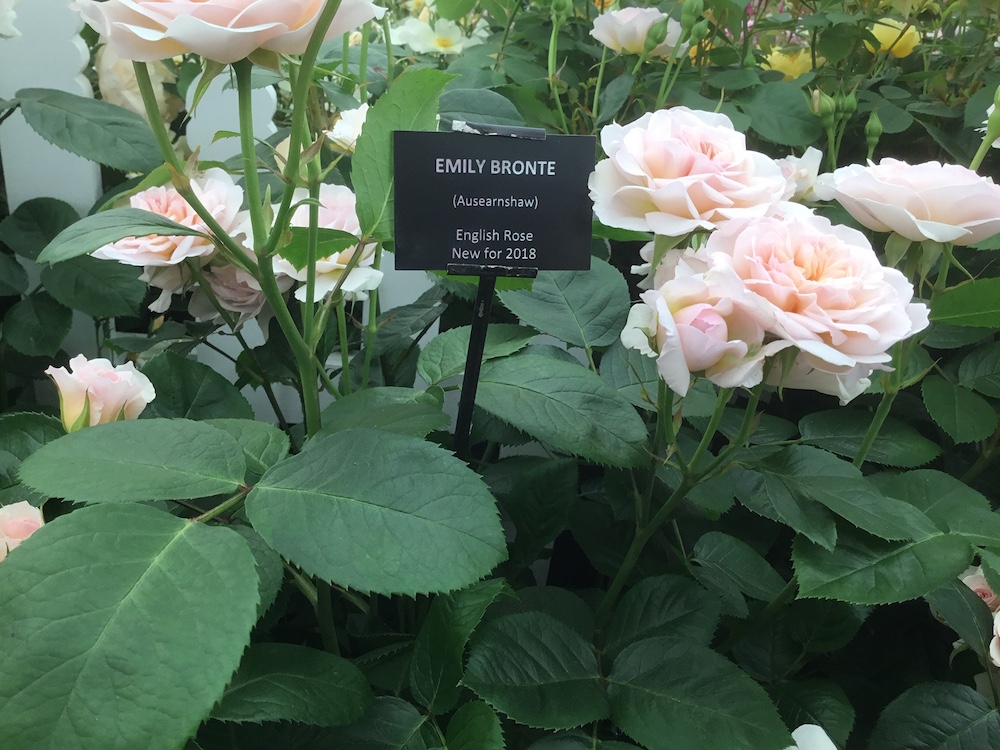 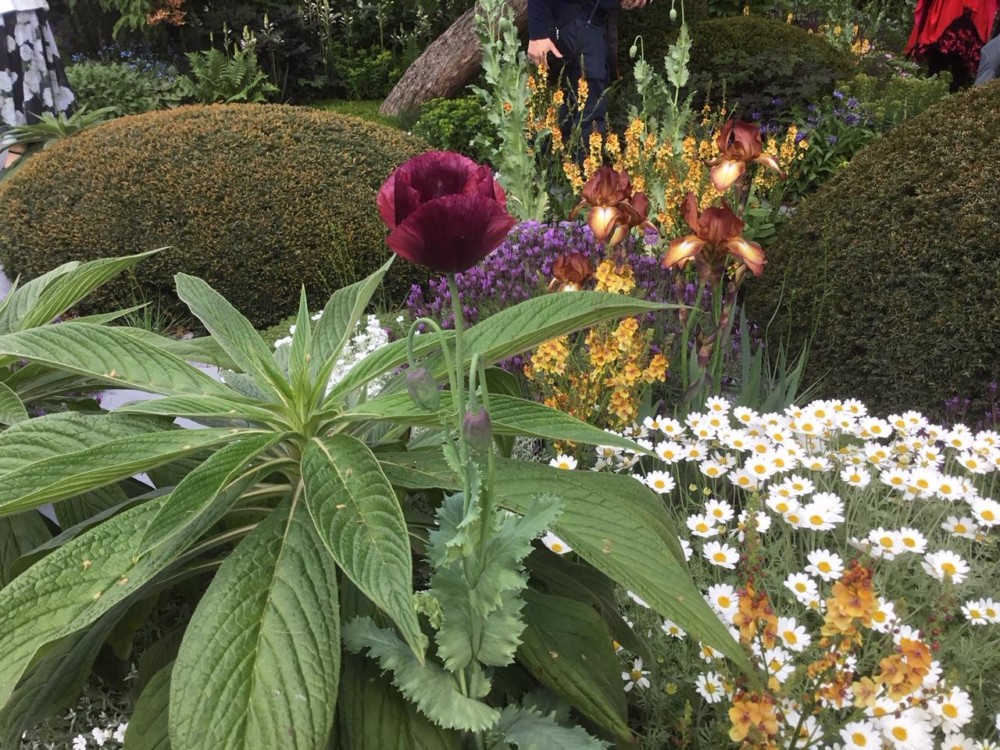 This year I chose to go to the show on Press Day. It was wonderful to be able to see all the exhibits at close range rather than battling our way through crowds six deep, and made for a far less tiring day.

It was fun to pass well-known faces from television and the arts world, and to see Dame Judi Dench chatting in one of the show gardens, having been presented with a new strain of elm tree, Ulmus ‘New Horizon’, which is disease resistant. (I remember the desolation felt not just by gardeners, but by the whole nation when, half a century ago, Dutch Elm Disease wiped out practically all our elms, that quintessentially English tree. Thirty million elms died, with, it is said, just 100 or fewer left standing.)

And yet… did I miss the excitement of Members’ Day, the elegant hats and flowery dresses, the music of the bands and the drinking of Pimm’s? Well, just a little. 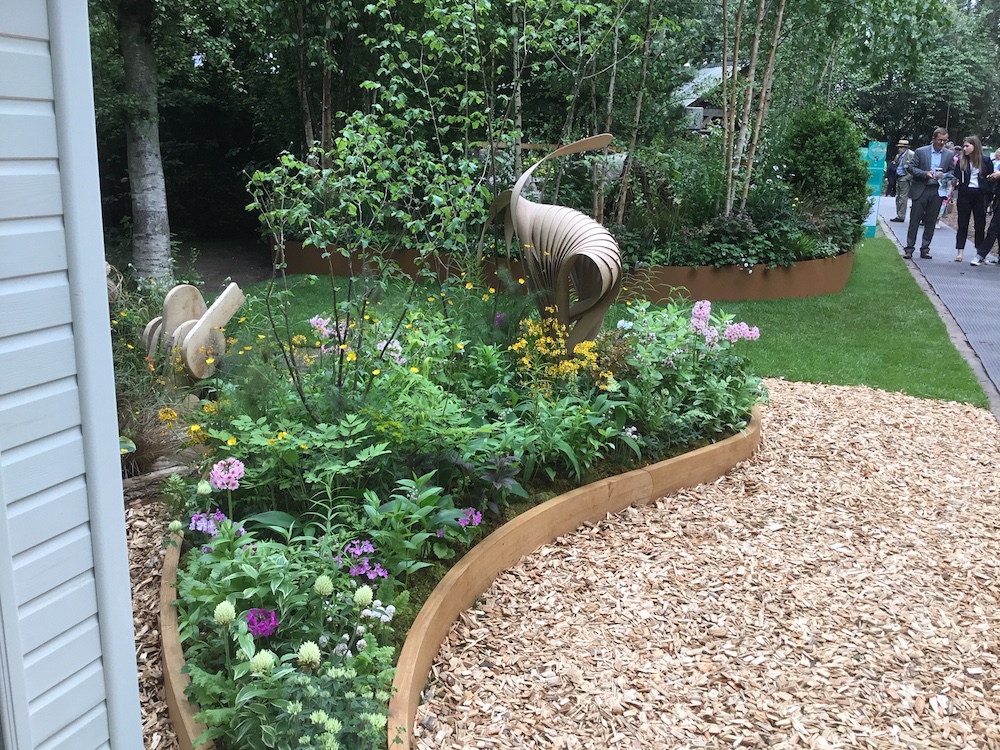 Maybe the different atmosphere had another reason. There were no outrageously daft exhibits or designs which flaunted money. The theme of the show was sustainability, and garden after garden was concerned with looking after our environment, or with raising our awareness of gardens for healing minds and bodies. 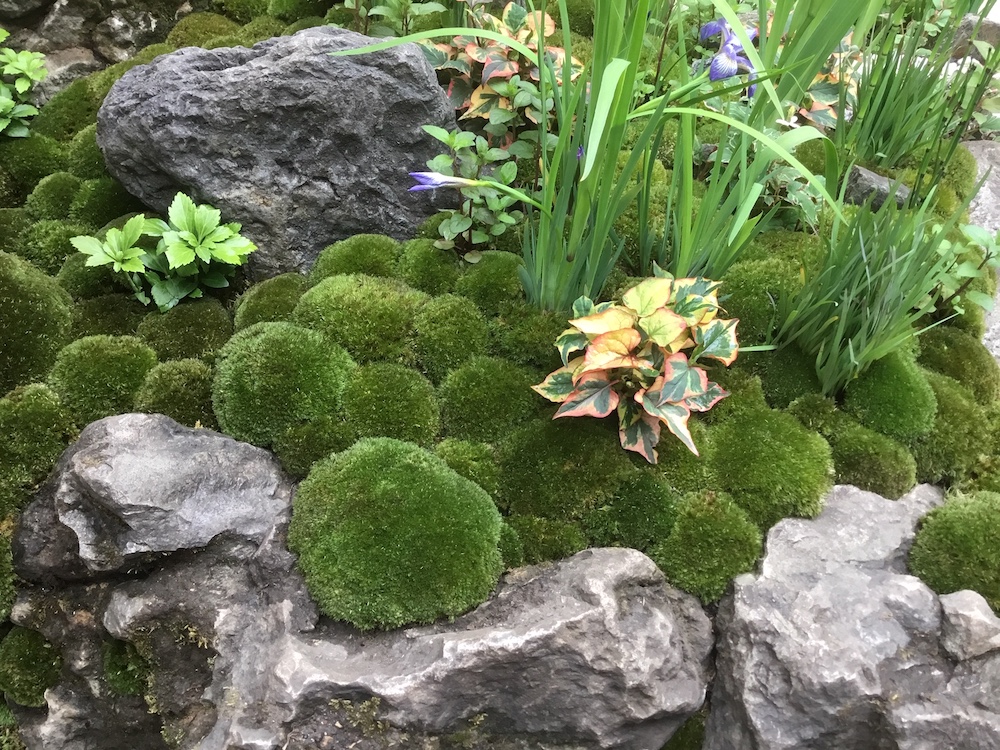 Fortunately, this didn’t prevent designers from using the colours of plants in the most fabulously creative way. There were golden irises set amongst a sea of blue (we spoke to celebrated French grower, Richard Cayeux), or every variety of allium mixed with grasses in the most naturalistic way. And those roses in the Great Pavilion.

Henry writes: “One mission I had for press day at Chelsea was to track down the YouTubers and Strictly Come Dancing finalists Joe Sugg and Dianne Buswell, and I soon realised I wouldn’t be happy until that job was ticked off (and my 12 year old daughter, a huge fan of the couple would not understand it if I missed the opportunity.)

“In the event I found them walking the show after their collaboration on ‘rediscovering the inner child’ with Blue Forest Treehouses and enjoying themselves taking photos of Dianne at a vintage ice-cream van. They were fun and agreeable to engage with as I asked permission to get my own smartphone image in. There followed the inevitable selfie which I told them was essential for the younger part of the demographic of eventswhatson.com for whom they were ‘dynamite’!

“A whack of the pre-show coverage was definitely concerned with the Duchess of Cambridge’s contribution in helping to design the Back To Nature garden, with landscape architects Adam White and Andree Davies. It is said the inspiration came from the woods of Sandringham and certainly from their Norfolk home.

“A key feature of the show was the D-Day 75 garden sited in a commanding position where the Great Pavilion opened out to the north of the site towards the Royal Hospital Chelsea. Proposed by the Second World War charity, D-Day Revisited, its aim was to pay tribute to the last surviving Normandy veterans and it certainly was an atmospheric study of the veterans, with wave formations and a stone statue of D-Day veteran Bill Pendell by Thompson Dagnall.

“The statue’s (Bill’s) gaze falls backwards in time to an image of his 22-year-old self. Show-goers could be seen pausing in reflective mood and surrounding the installation and weaving amidst it was Armeria maritima (sea-thrift) which grows on each side of the Channel. A really nice touch. 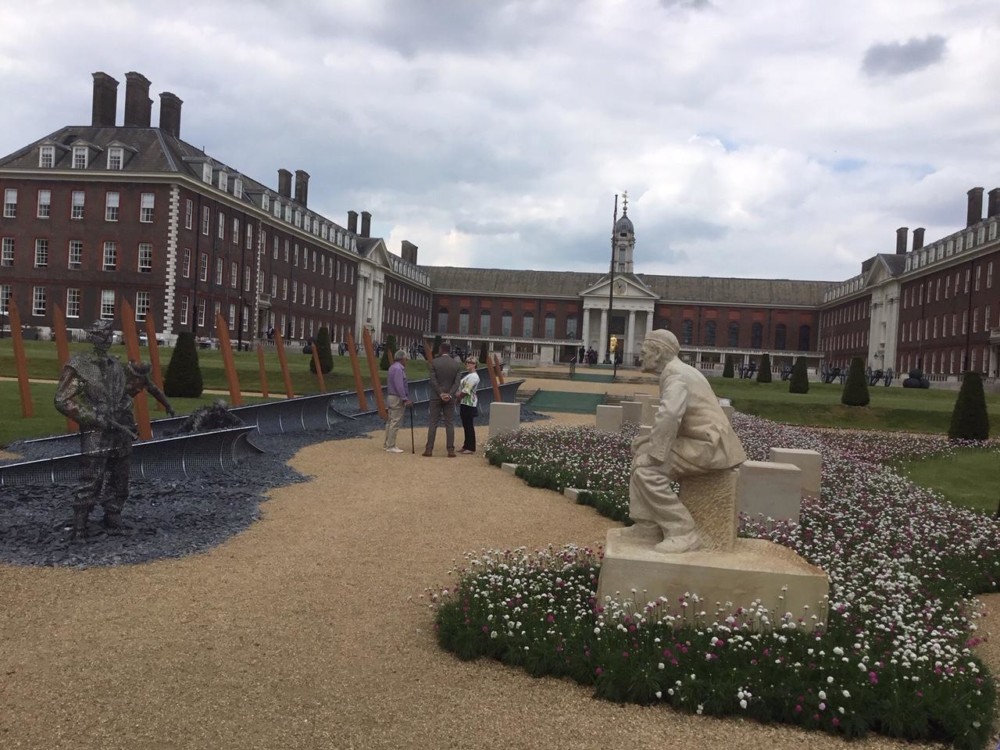 “The tallest tree on the site was a 42ft giant redwood within the Resilience Garden, designed to mark 100 years since the establishment of the Forestry Commission in 1919. With wet and dry zones, it showed a variety of plants and trees including monkey puzzle, prickly pear cactus, red yucca, and ginkgo.

“Finally to say a word about the intimate Artisan gardens, and here the only regret was missing one of the photocalls – inevitable where there is just so much to see at this fantastic event. This being the Welcome to Yorkshire Garden which hosted Yorkshire poet Ian McMillan who I follow on Twitter and has replied to my messages there in the past! He performed a new poem about God’s Own Country’s canals and waterways.

“Supported by Stephen Hawking’s daughter Lucy, was the Motor Neurone Disease Association garden with its overgrown look and vintage red car. We talked to MNDA’s co-founder Martin Anderson. And nearby was the Charlie Whinney studio that specialises in wood steaming with superb garden installations. Another garden we liked was the Family Monsters garden and their delightful PR (‘I’m only the PR,’ she said modestly) filled us in on a uniquely horticultural way of getting difficult subjects out into the open, in this case by writing them on pebbles and throwing them into a pond.”

For over 120 garden events on eventswhatson.com please visit: 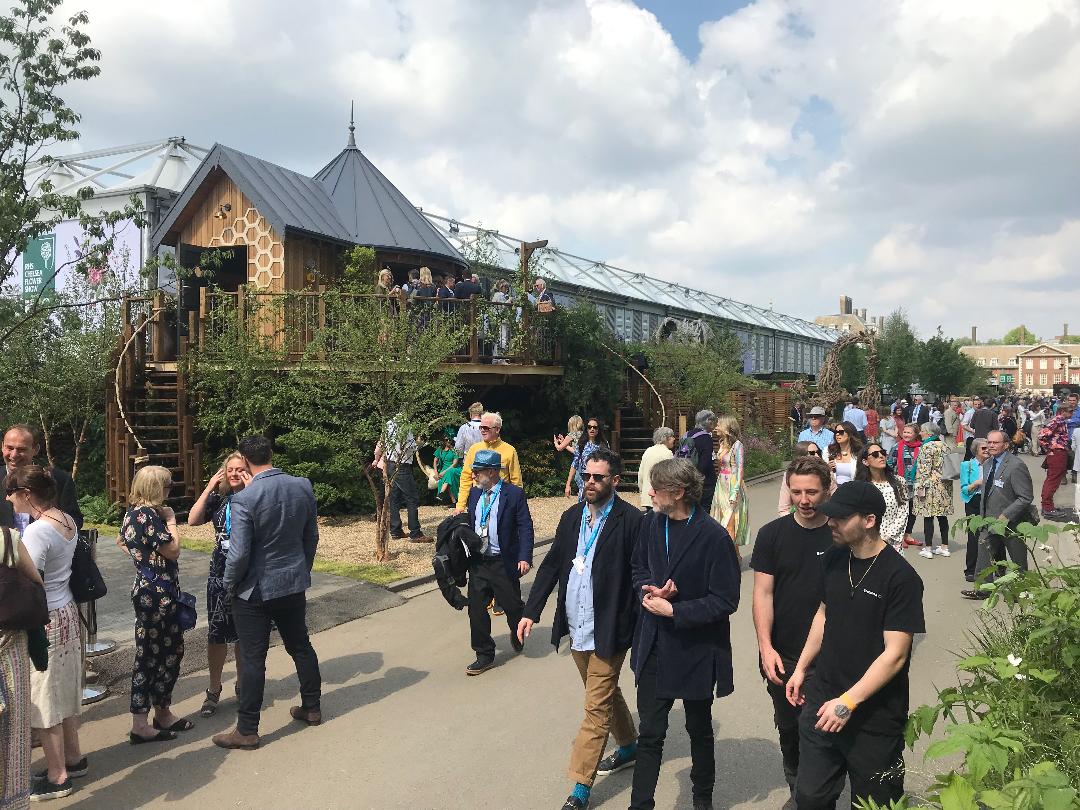