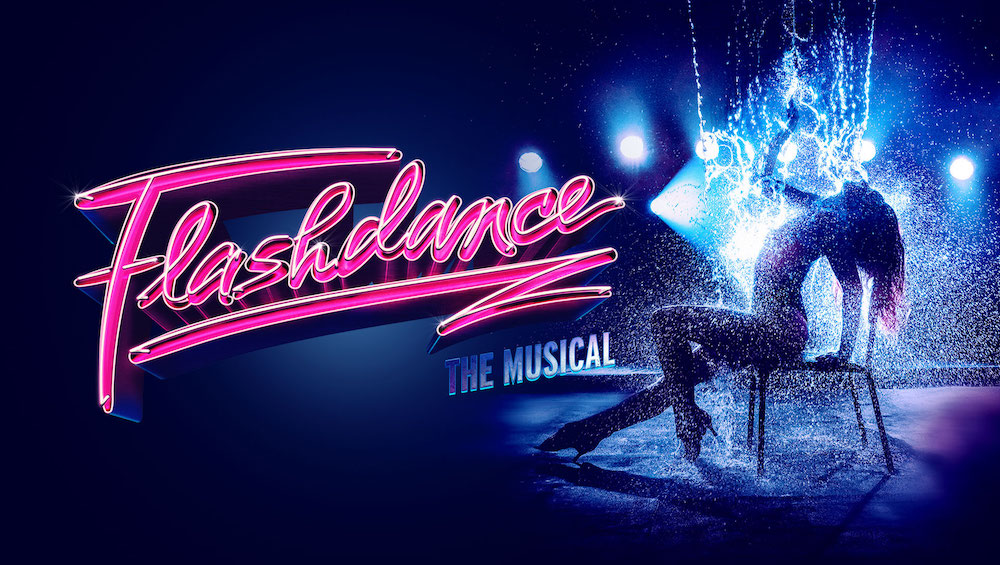 Strictly Come Dancing Champion Joanne Clifton is no stranger to being at the top, as she is also a World & European Champion ballroom dancer, and is one of very few pro dancers to have won both the main Strictly glitter ball with Ore Oduba last year and the Christmas Special in 2015 with Harry Judd.

Joanne made her musical theatre debut in the role of Streetwalker in the UK premiere of the Irving Berlin musical Face The Music, for which she was nominated for an Off West End Award.  She followed this up with a turn as Marilyn Monroe in the Norma Jeane Musical and then tread the boards as Millie Dillmount in the No. 1 UK Tour of Thoroughly Modern Millie for which she garnered rave reviews.

Talking of her role as Alex Owens in the UK Tour of Flashdance. Joanne says,

“This is just another dream come true! I think everyone in the world whether dancer or non-dancer, as soon as they hear ‘What a Feeling’, remember that iconic scene at the end of the film and I’m so incredibly lucky that I get to do that every night in a UK TOUR along with fabulous numbers like “She’s a Maniac.” I’m over the moon! It’s another amazing opportunity in my musical theatre career and I can once again sing and act alongside dancing!’

Ben Adams who joins Joanne on stage as Nick Hurley has been singing and performing since the age of 8. His career started as head chorister at St. Margaret’s, Westminster Abbey, singing at royal weddings, touring all over Europe, recording 2 classical albums and frequently singing for the likes of the queen and the pope. At 16, he became the lead singer of the band a1, who racked up 10 million record sales, 2 UK number ones, 5 studio albums and toured throughout the world, winning a Brit award among many others.

When the band split, Ben took to the studio and is now a successful song writer and producer, working with the likes of Robin Thicke, Craig David, JLS, Ward Thomas, Sam Bailey, Boyzone and Alexandra Burke to name but a few. He also reached the final of Celebrity Big Brother, the Norwegian version of Strictly Come Dancing, and Master Chef in Denmark. As well as writing for other artists, he went straight to number 1 in the itunes charts with his classical album titled One Beautiful Mourning. His first solo album 1981 will be launched early 2018.

In 2010, a1 reformed and having successfully completed stadium tours in Asia and 68 sold out arena concerts across Europe, they starred in The Big Reunion on ITV2 and played arenas across the country.  They continue to tour throughout the world.

Ben says of taking to the stage in Flashdance:

‘It’s amazing to be part of such an iconic story, and as an 80’s child I was brought up on this music so I couldn’t be happier playing Nick in the theatre production of Flashdance. Whilst I continue with my own music career and touring with a1, Musical Theatre has always been a real passion of mine, so to be playing this role and to be working with such an amazing cast and crew is a real honour’

Flashdance – The Musical tells the inspiring and unforgettable story of 18-year-old Alex, a welder by day and ‘flashdancer’ by night, who dreams of going to the prestigious Shipley Dance Academy and becoming a professional dancer.  When a romance complicates her ambitions, she harnesses it to drive her dream.

Prepare to be blown away with an astonishing musical spectacle and phenomenal choreography to this iconic score, including the smash hits Maniac, Manhunt, Gloria, I Love Rock & Roll and the award-winning title track Flashdance – What a Feeling.

Based on the Paramount Pictures film (Screenplay by Tom Hedley and Joe Eszterhas, story by Tom Hedley) Flashdance is an inspiring musical about the power of holding onto your dreams and love against all odds. Flashdance proved a hit with audiences, and remained in the Top 10 Box Office in the States for 15 weeks after release. The original score also proved hugely popular, with the soundtrack album selling 700,000 copies within two weeks of release. The platinum selling hit title track Flashdance – What A Feeling won both an Academy Award and a Golden Globe in 1983, with the soundtrack winning the Grammy Award for Best Album of Original Score Written for a Motion Picture or a Television Special in 1984.

Presented by Selladoor Productions – producers of Footloose, Avenue Q and Little Shop of Horrors  and Runaway Entertainment producers of In The Heights, Guys and Dolls and Lazarus, Flashdance – The Musical is not to be missed!

*Fees apply. Calls cost up to 7p per minute, plus your phone company’s access charge.