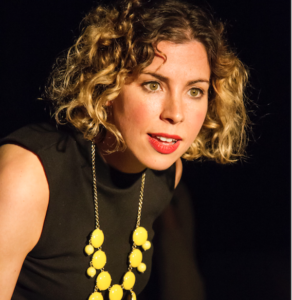 With performances of 28 short premieres, for stage and radio, a musical, film screenings, performance poetry, workshops, talks, as well as a Saturday children’s programme –  it’s an immersive way to see and take part in new, innovative work. This year’s Festival has attracted some big names.

Five well known East Anglian writers have each written a 5-minute script around a common theme: Richard Curtis, Libby Purves, Blake Morrison, Steve Waters and Esther Freud are The Famous 5 who take on the 2018 challenge.

INKlings has been running activities in local schools, and there’s a packed children’s programme on Saturday 7th April. The day is split into two groups, 6-8 and 9-12, based at the United Reformed Church and will be full of exciting activities and workshops with puppets, theatre, comedy, Silly Eric author and a film club.

From the world’s longest running soap, Radio 4’s The Archers, Tim Bentinck aka David Archer will be directing and discussing his new book, Being David Archer and Other Unusual Ways of Earning a Living. 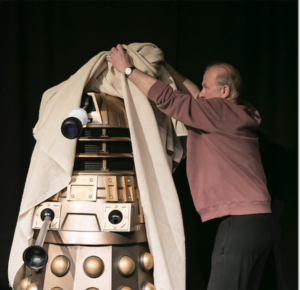 Helen Atkinson Wood (The Young Ones, Black Adder and KYTV) will be performing, and directing. She will also be hosting the Archers’ evening and supper with Tim Bentinck.

Gillian Greenwood (former Executive Producer South Bank Show) draws on the archive of the iconic arts show to talk about and illustrate the programme’s encounters with dramatists. Including Arthur Miller,  David Hare, Alan Bennett, Michael Frayn and Sally Wainwright among others.

I’m Sorry I haven’t a Clue regular and a third of The Goodies, Tim Brook Taylor will be performing in two radio plays.

There’s a musical theatre element for the first time this year with Rebecca Trehearn, the Olivier Award  winning actress, starring in INK’s first ever musical, a one woman tour de force.

Poet Luke Wright presents a new batch of his blistering poems along with 4 other top performance poets.

Julia Sowerbutts, Artistic Director, said, “I am delighted how INK has developed over the last 12 months. This our 4th Festival has attracted, and is continuing to attract, enormous local support as well as interest from much further a-field. The standard and sheer numbers of new scripts have been quite overwhelming. We are confident that INK 18 will be the most fantastic celebration of talent on-stage, off stage and behind the scenes!” 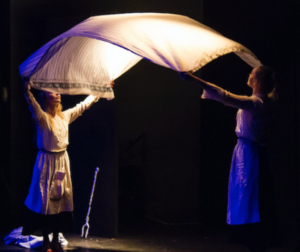 The team behind INK 2018 have received over 200 scripts from which they have selected 28 plays; Under 30 minutes, First Timers, New Musical, Themed plays, Radio Plays – INK is the only UK Festival to include new writing for Radio.

The plays are performed multiple times over the weekend, by an ensemble cast of around 50 actors, with 13 Directors in six venues at The Cut, Halesworth. A selection of which will then tour across East Anglia (April 11th – 22nd)

with INK on The Road.