In Conversation with Danny from rock band, Danny & the Champions of the World 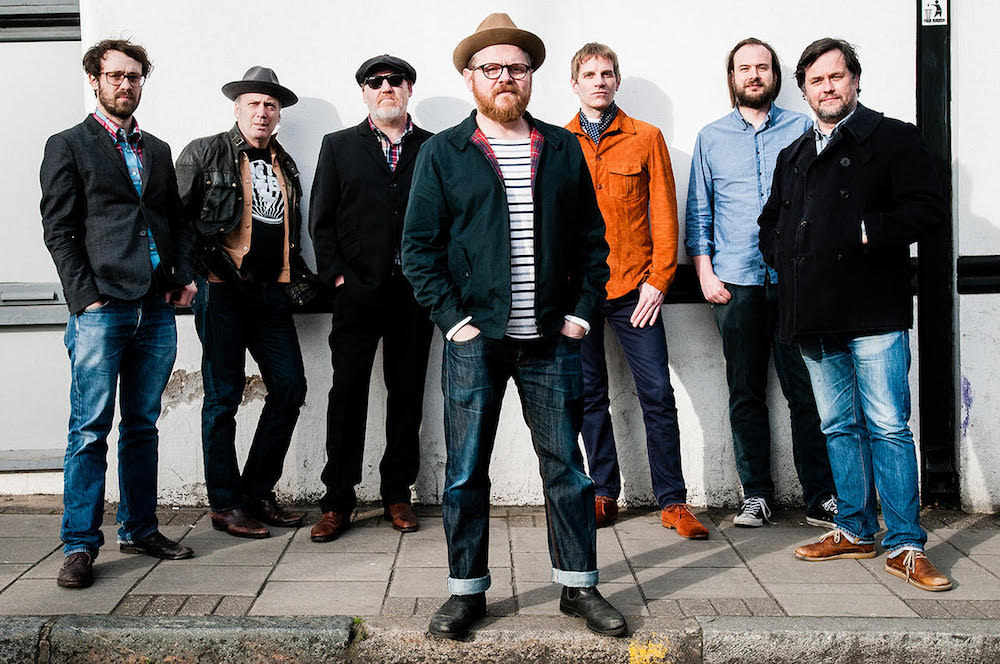 How has the year been treating the band so far? What are your goals?

This year has been pretty quiet for The Champs so far. Comparatively, ‘Over The Hill’ is our only UK festival show and apart from a few shows in Europe that’s all we’ve done! We toured pretty heavily the last few years and it was a good time to take a short break before a new album and then back on the road. The timing was good for me as I had a side project album, ‘Bennett Wilson Poole’, come out and that took off a bit more than any of us expected so there was suddenly a load of gigs with those guys. Also, along with my friend Del Day, I recently took over a record shop, Union Music Store, in Lewes Sussex… so, it’s been a pretty crazy year! We go back into the studio with The Champs in September to start a new studio album.

Growing up, has music always been a great influence in your life? What are your inspirations as a group?

I grew up in a house where music was played loud, late and often…all sorts of stuff, Doo Wop, Rock n Roll, Springsteen, Tom Waits… My folks are huge music fans and music was definitely the soundtrack to good times. My Dad used to play live bootlegs from the 70’s in the car and say to us kids, “Right!! Who wants to hear a guitar solo?” A good education. The band’s inspirations are wide and varied. The real answer though is, I guess, all the great, great live acts through the years, be that Neil Young or Elvis Presley or James Brown or Tom Petty and the Heartbreakers. Anyone with the chops and the commitment to prove it all night every night.

How has the group evolved over the years?

It’s changed greatly. I never like to stay still for too long. When the band started, we were more of a loose collective of friends from different bands. We formed around the Oxford music scene, Truck Festival, the guys from ‘Goldrush’. It was much more loose back then, different line ups from gig to gig and a more freewheeling approach to performance. When people started taking a bit of notice, the band naturally became a bit more solid. The core of the band has been pretty solid for about 10 years now. We still like to fly by the seat of our pants a little but it’s a much more structured show nowadays.

Let’s talk about the thrilling first-ever Over the Hill festival coming up this Summer. You’re one of the UK’s finest live Americana acts so we would love to hear your thoughts about it. How have you been preparing for the show? What tracks are you most excited to perform?

Really excited about ‘Over The Hill’. We’ve played many shows for ‘Glovebox’, the organisers, around Oxford and Witney and they are real music lovers who genuinely want to spread the word about the bands they love. Very cool. The line-up is great, and features loads of acts who we have become friends with and fans of over the years. As I said earlier, we weren’t really planning on playing any festivals this Summer, but we couldn’t resist playing the very first ‘Over The Hill’. Planning on playing a load of stuff from down the years. At least something from each of the albums. We might even delve a little further back to the ‘Grand Drive’ years…who knows.

It’s fair to say your long-time admirers have been pining for a dose of your soulful, alt-country sound since your latest album, Brilliant Light. Will you be airing some new material at the festival this year?

You never know! Perhaps, we are going into the studio to start work on the follow-up to ‘Brilliant Light’ a couple of weeks after ‘Over The Hill’. Exciting times! We may even take a few left turns and pull something a bit different out of the hat!

Just to say that we’re really looking forward to playing. After all, the writing has been done, the beards have all been stroked and the navel gazing is over. We just want to play music for our friends, have a good time and make people happy – that’s literally all there is to it.

Joanna Bailey is a current Gold Arts Award participant. As an aspiring artist and writer who is naturally inspired by literature, arts, and media, there isn't a day where she isn't blogging about an amazing degree show or festival, blockbuster film, or a good read. She has already assisted in some brilliant art events and workshops with Artsmark, ROH, and Icon Theatre - all of which she has reviewed on her Arts Award portfolio.