Fun above the waves

An Invitation to the Palace 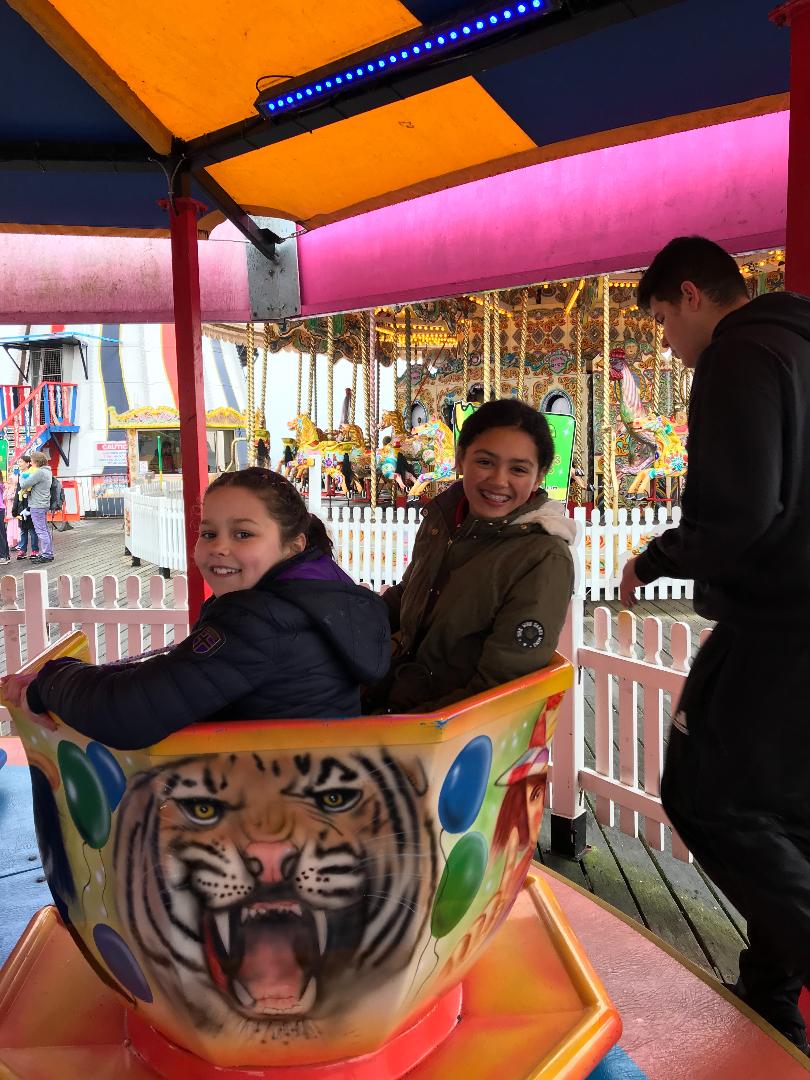 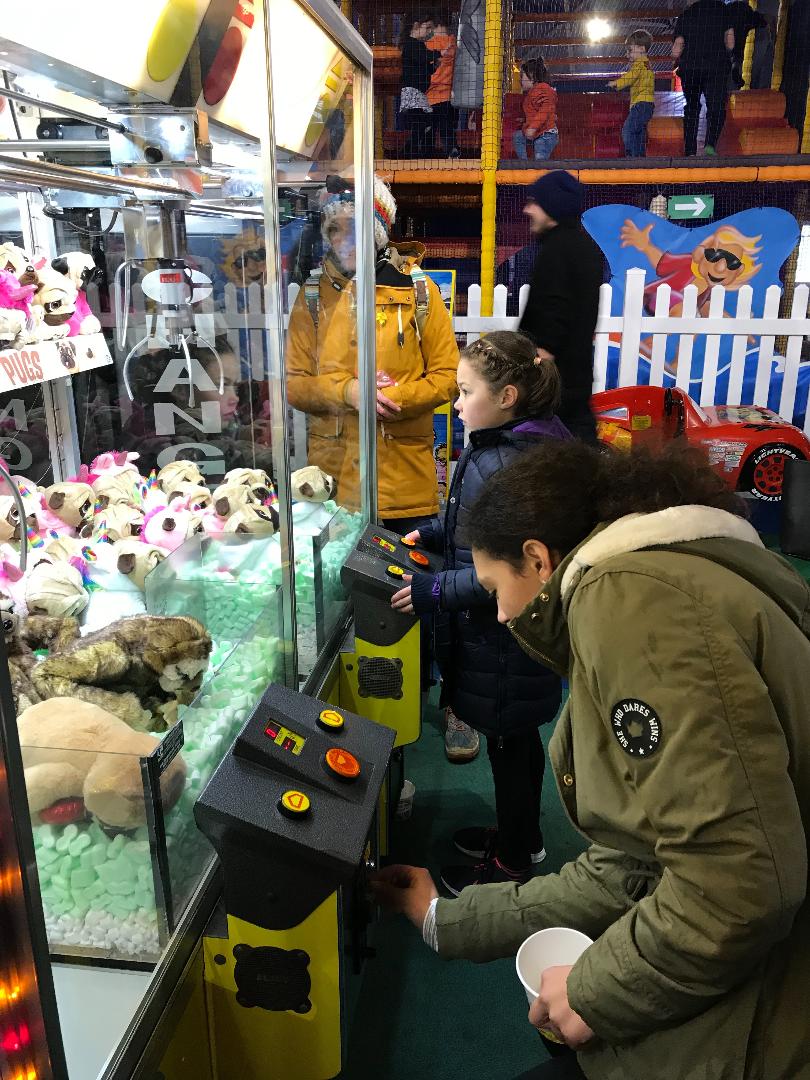 There is something about a seaside pier that is the essence of the British summer and we headed down to the celebrated East Sussex shingle beachfront determined to enjoy one of the less sunny April days.

However the blustery grey conditions did not mean we were disappointed. It only really added to the fresh and bracing atmosphere, and the pier staff, the rides and a restaurant meal at the end of it at the Palm Court Restaurant made it a fabulous experience. 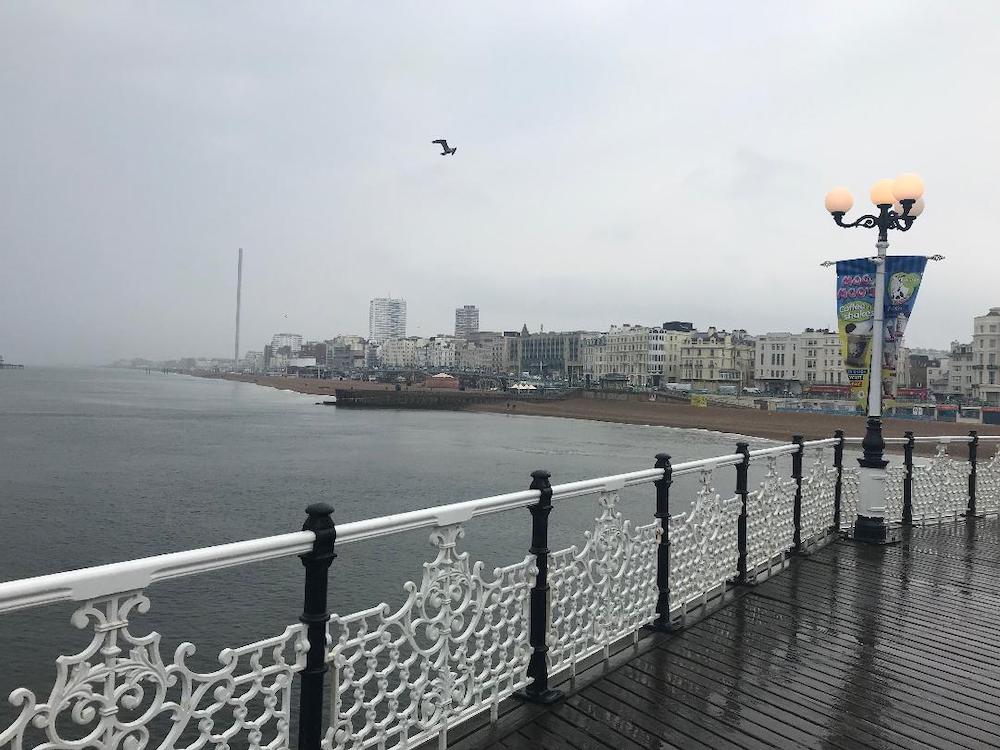 We had met up with old friends and their niece Tilly, and soon our girls of eight years and 12 were kitted out with unlimited rides wristbands and enjoying the best the pier had to offer. Vicky joined Pippa on the haunted ‘Horror Hotel’ ride.
“You were strapped into a seat – it was pitch black and monsters popped out in front of you as the cart dropped down when you were least expecting it,” said Pippa. 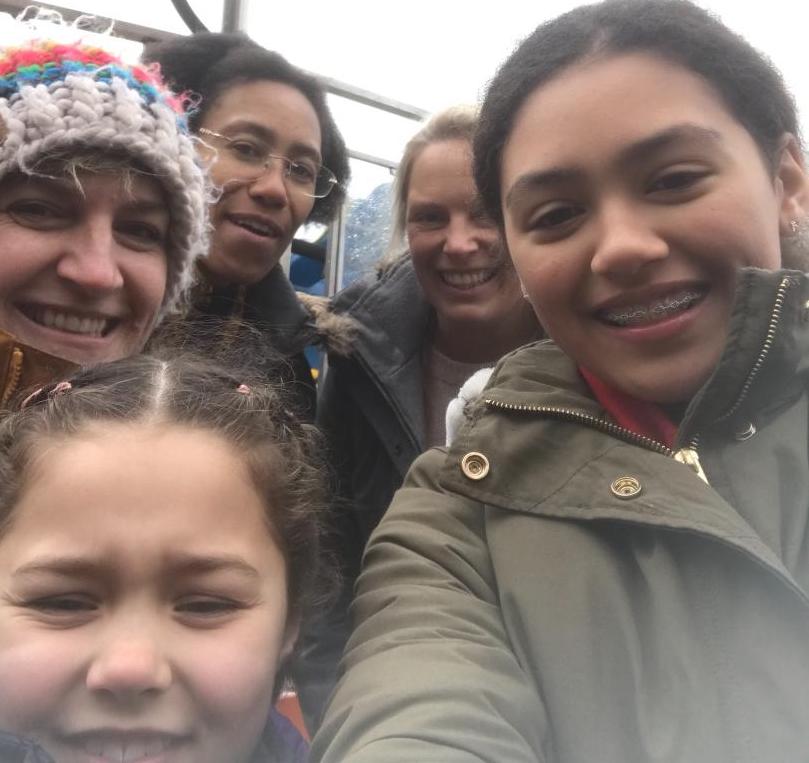 Then the traditional Tea Cups hit the spot for Tilly and Chloe and every time before the man spinning the cups came to Chloe, Lucy and Vicky said: “Make sure you spin that pink cup really hard.”
Okay, that was a bit tough on Chloe and she was a bit unsteady on her feet as a result while Tilly and Pippa were as bright as ever on their slower spinning giant tea cup.
It all sparked up the pier fun to a new level.
And then there was the Waltzer (Pippa’s favourite). With Lucy and Vicky leading, there were screams of excitement as the spinning started up, with Chloe desperately trying to snap an unblurry photo as all the carts whizzed speedily past her, all of it suspended at the end of the pier over the English channel. A Twister high above the waves capped off a “totally fabulous” ride experience. 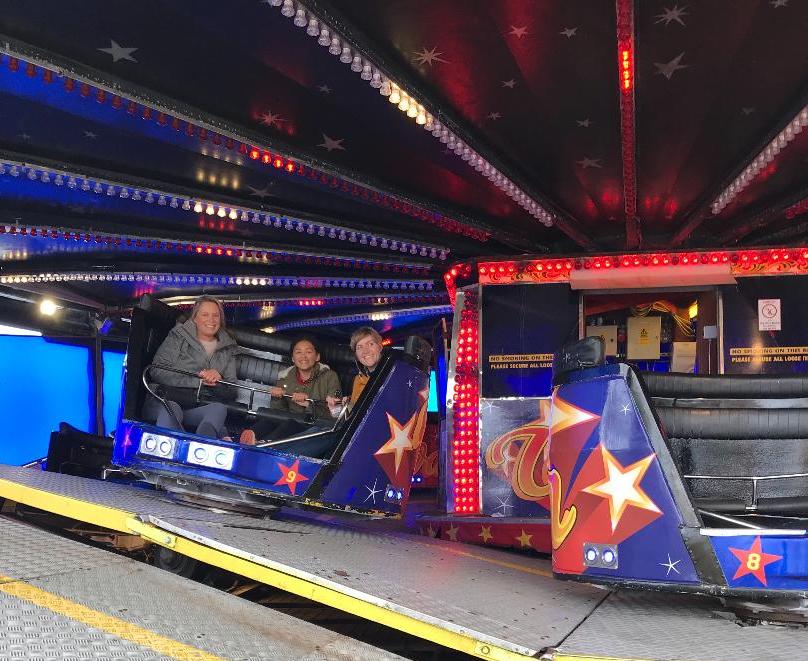 Originally opened at the very end of the 19th century, and acknowledged as the finest pier ever built, Brighton Palace Pier is the focal point to the whole Brighton experience and it has a lot packed into it to entertain.

In the 1930s, dodgems and its own big wheel were installed on the pier but during the Second World War it had to be partially dismantled in case it was used by enemy aircraft as a marker for bombing raids. By the 1980s the pier saw new style arcade games like Space Invaders, and in time, virtual reality machines featured.
Today 67,000 lights illuminate the pier at night and it provides employment to up to 400 people and is a significant part of Brighton’s economy.
“It was so much fun,” said Pippa, of the arcade. “I won two alpaca key rings and some jelly beans playing the 2p machine.”
Tilly won a heart key ring, jelly beans and not one, not two but three trolls! 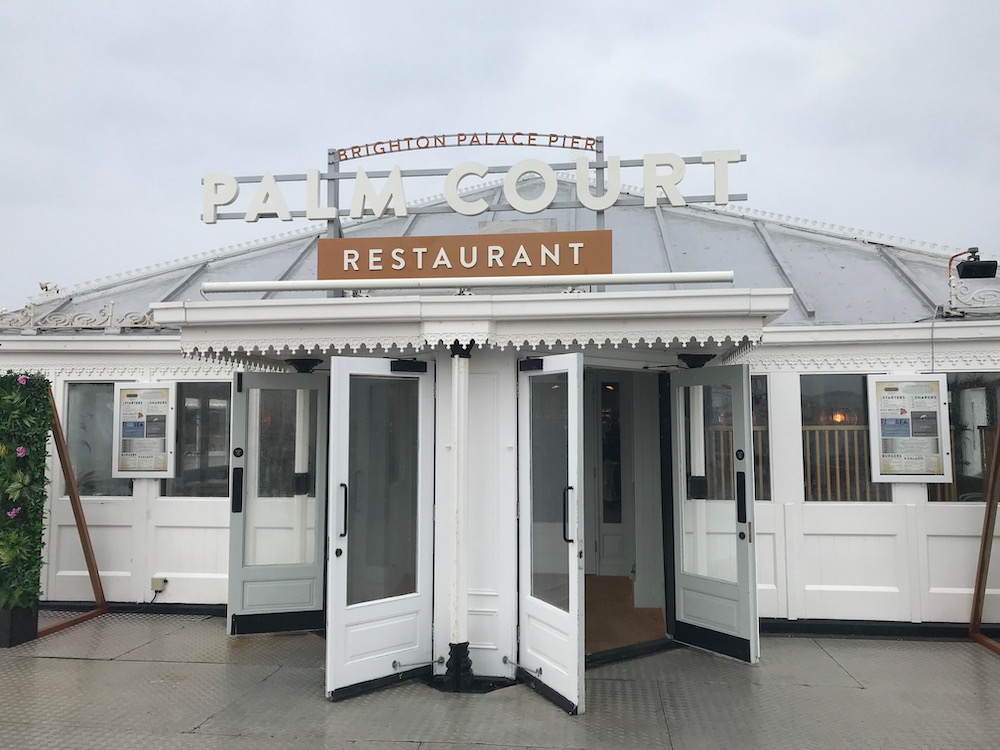 After a fabulous few hours on the pier, and of course taking in a second visit to the arcades and virtual reality experiences for the girls, we could treat ourselves to a sit down meal in the Palm Court Restaurant and we were very well looked after by supervisor Juan and his team of waiting staff, who were really nice with the kids and attentive, as they took the orders of Pippa and Tilly.
The scampi was excellent, said Lucy, and we also ordered cod fillet and chips with pots of hi quality mushy peas and curry sauce with chilled drinks for a very good meal. Unfortunately we did not have any room left to try the signature Palace Pier Sundae, this will have to wait to next time, one day really is not long enough to experience everything Brighton has to offer, including Volk’s Electric Railway, the world’s oldest operating electric railway that opens for the 2019 season on Wednesday 10th April! volkselectricrailway.co.uk

Finally, it is worth mentioning that 25 per cent discounts are available if you buy wristbands in advance online for the pier via this link: https://brightonpier.merlintickets.co.uk