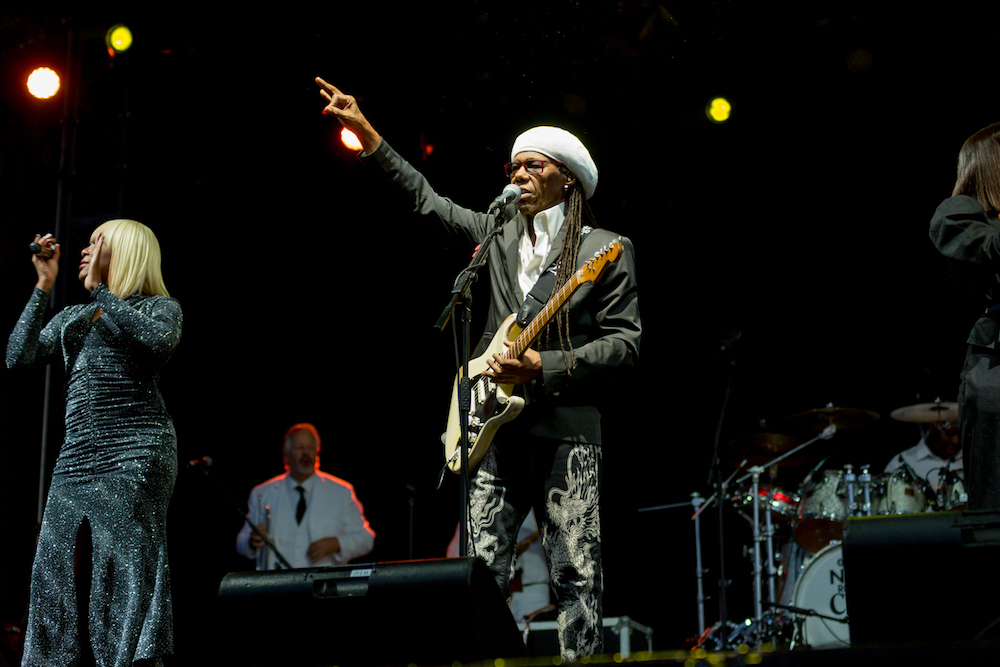 Legendary Nile Rogers and Chic presented a showcase of hits spanning four decades last night at Newmarket Racecourse as one of their Newmarket’s Nights summer series. And even Frank, The Jockey Club Live mascot got involved on stage! 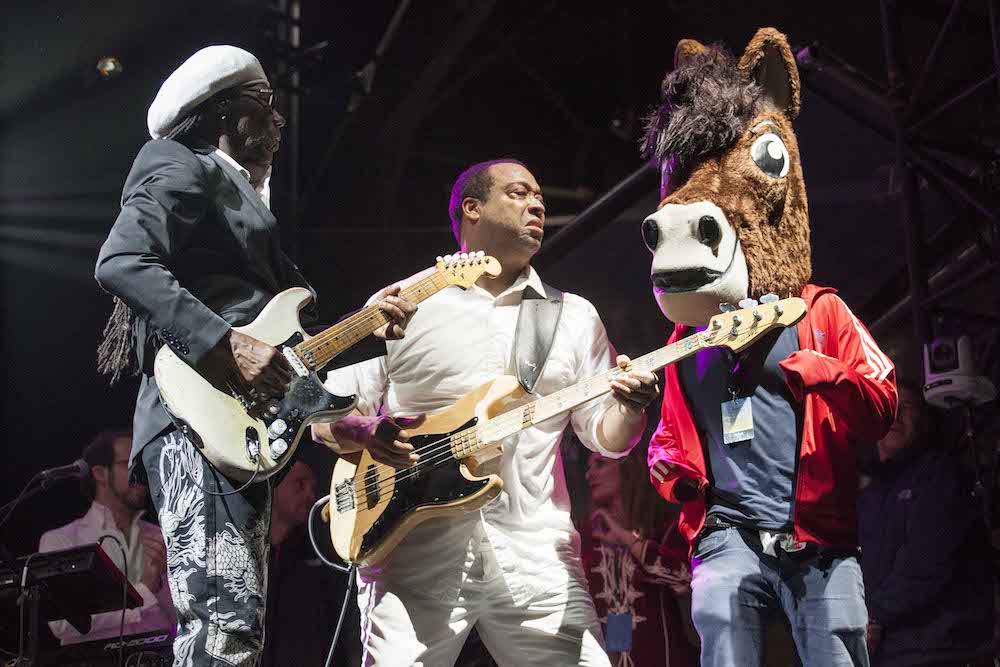 Racegoers enjoyed the spectacle of an evening of high drama from the home of British horse racing. The blur of jockeys shirts and the horses thundering past to the sounds of an excited crowd is what we have come to expect from an evening on the July Racecourse. 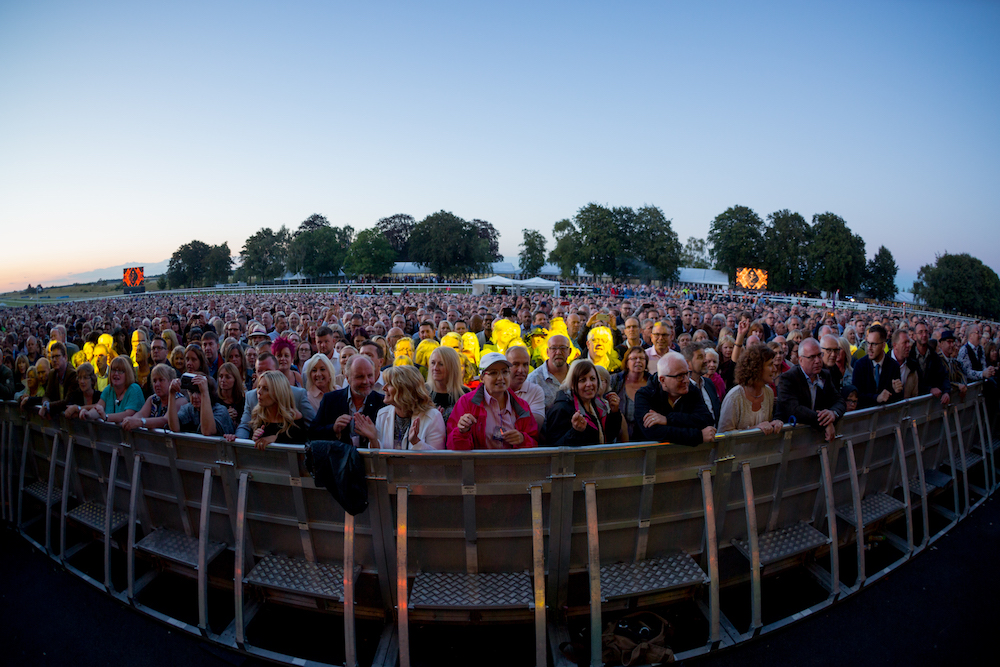 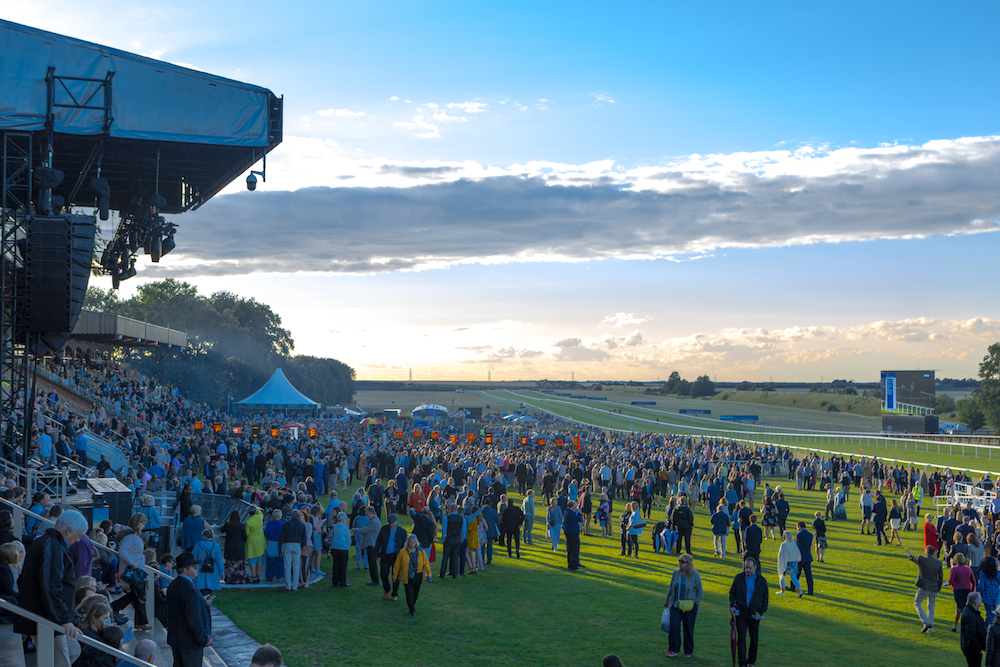 After the last race there was just time to fill your glasses before flocking to the grandstand stage to watch  Nile Rogers. Nile had the presence of a man totally at ease with his music and audience. He chatted with racegoers at the side of the stage, accepting requests for selfies before gathering the band to start the concert as the sun went down over the race course.  Nile and Chic treated the crowd to a showcase of hits spanning from the late 70s to the 00s. Hits that every member of the crowd related to and enjoyed. Hits such as “we are family” “upside down” and “I am comin out” we big favourites with the crowd.  The power of the vocalists and musical calibre of the band rang out the tunes across the nights sky. Nile Rogers and Chic can be relied on to top off an enjoyable summer evening of racing. 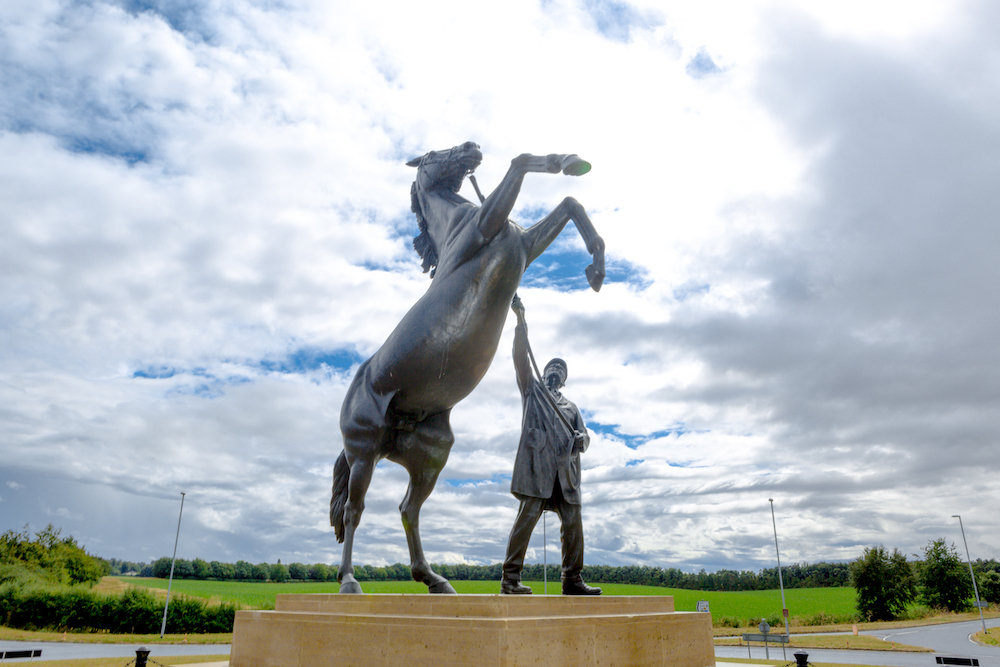 Amanda is one of our newest eventswhatson.com reviewers.