Flanders & Swann will be “joyously frivolous” in Letchworth

“A DELECTABLE HOUR FOR FANS OLD AND NEW” ★★★★★ Broadway Baby

Tim FitzHigham has been performing this award-winning homage to the extraordinary comedic talents of Michael Flanders and Donald Swann to packed houses for over a decade. Accompanied by Duncan Walsh Atkins*, he is extremely proud to on a Spring Tour in 2019.

Tim, Duncan and the Hippo are celebrating the much-loved words and music of Flanders and Swann, those internationally acclaimed musical comedy legends of the 1950s and 60s. With their own unique style and humour, the boys present F&S’s classic songs and traditions interspersed with a few of their hidden and yet ever-sparkling gems. Fans and the uninitiated alike will ‘wallow’ in this unique take on the work of two of Britain’s most iconic comedy songsmiths. Songs include: The Hippopotamus Song (Mud, Mud, Glorious Mud), The Gas Man Cometh, The Gnu Song, Omnibus (or A Transport of Delights), and Madeira M’Dear.

Tim FitzHigham is a Perrier Award nominated, multi award-winning comedian who has performed on BBC Radio 1, 2, 4 and 5, toured lots and appeared frequently on TV and in films in the UK and Europe. He starred in his own CBBC show Superhuman Challenge and was recently the star of two seasons of BBC Radio 4’s The Gambler.

Duncan Walsh Atkins is a stalwart of BBC Radio 4, runs a busy London music studio and has also toured lots. As well as providing the music for BBC TV’s Fast And Loose he opened his first musical, The Tailor Made Man, at London’s Arts Theatre and is the musical director for the Olivier Award Winning Showstopper! The Improvised Musical (Best Entertainment and Family Show 2016).

*NB. Jordan Clarke will appear in place of Duncan Walsh Atkins at The Corn Exchange, Dorchester. His work includes – Associate MD: The Goodbye Girl (Upstairs at the Gatehouse), The Stationmaster (Tristan Bates); MD for The Tour, and S***-Faced Showtime (Edinburgh Fringe), as well as international Revues, Cabarets, Concerts and Showcases. 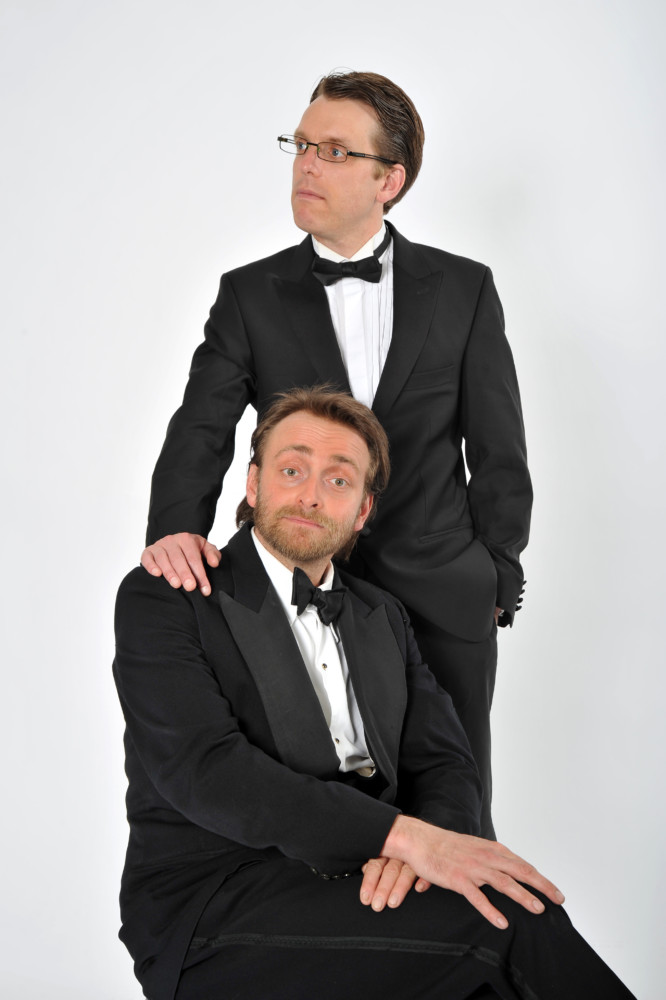