A fascinating stretch of woodland north of Swaffham and eight miles south of Fakenham in Norfolk, offers a spectacular setting for testing yourself on what must be the most adventurous high ropes course in the country.

Weasenham Woods, which, says owner Anna Coke have been in the family since 1795, are reputed to have among the tallest trees in England. But it is what Anna and her team have done with those trees that is truly exciting and make this the perfect extreme adventure gift experience. 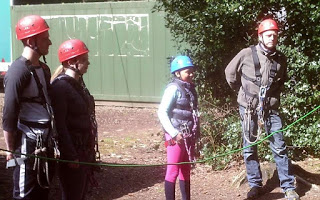 Operating at two levels – 40ft for the brave-hearted who know their limits and 80ft for those who know no fear – this is a high ropes operation with a difference.

According to how you read ExTREEme Adventure’s logo, this is a centre for extreme sports or a tree adventure. What is so special about this place is the approach and use of what is a stunning ecological space. Tranches of forestry planted at various times over the past two centuries (interestingly to the historian, as thanksgiving at the end of wars, not least the Great War), and thrusting skywards from lush azaleas and rhododendron bushes, are utilised and bent to the purposes of thrill seeking.

Most interestingly for this reviewer, in conception and scope these challenges test one’s boundaries and let you explore the outer reaches of zones of comfort (on a personal level and, for me, as dad to ten-year-old Pippa who was on her own ‘Extreeme’ journey). 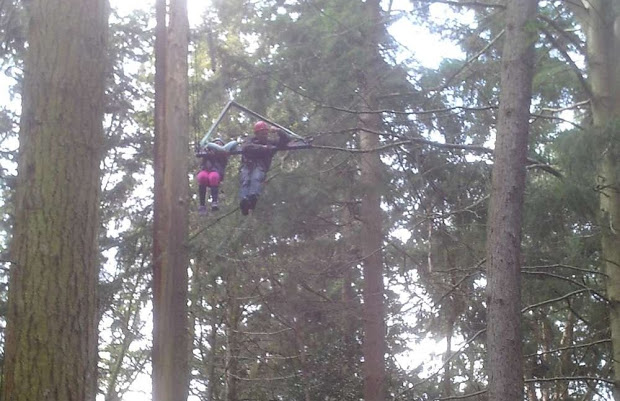 If that is not enough then there is an army style assault course, with three laps and including attached 3k and 5k run. Finally, a ‘3G’ 45ft swing that is as thrilling as it is unconventional (the two qualities being not unrelated).

The high ropes are core to the experience, however, and once harnessed in and helmeted and safety briefed, in our case by the cool and professional Georgia, there is an introductory lower level roping for safety checks including ‘full harness swing’ at about 10ft from the soft, woodland floor. Soon, thumbs were up and we were good to go. 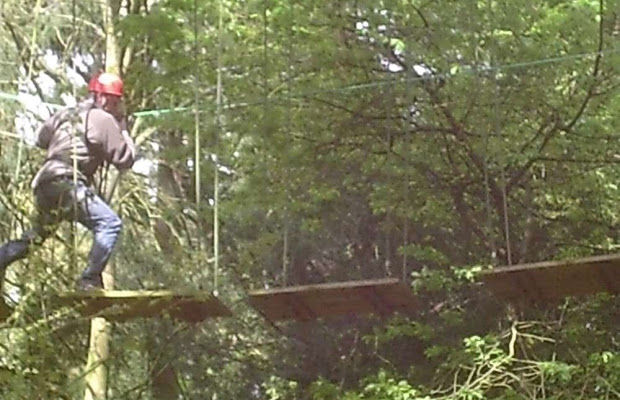 The rope course was always interesting – I did the 40ft version – and included variety like a zip wire into netting, a smorgasbord of wooden ‘bridges’ and a fascinating section negotiable via what can best be described as a ‘pole-hugging’ technique. What was impressive was one didn’t take anything for granted: it was set up in a challenging way and you had to use your brain.
Pippa just fell short of the sort of boundary where she could do the bulk of the rope course although she made it impressively up a 20ft ladder which was an achievement in itself. Her big moment, however, was the 3G swing. It was clear that going on this would make her day, and so, with the assault course, it did. As Georgia had warned, once winched up and self-released, the drop comprised an intense episode, but after that short-lived and not unpleasant feeling it was basically a giant swing with huge movements and something near terror turning to pure pleasure in the face of my daughter. As mentioned before it is the unconventional way one is settled in the swing contraption that thrills as you wonder how exactly this thing is going to work. You soon find out and I hope it is not giving too much away to say it involves pulling a rip-cord!

With our session running its course we arrived at a second (metaphorical and certainly literal) high point of the experience: an 80ft platform which incorporates a 1,000ft zip wire with an additional feature being a fan descender and it was here I reached a personal boundary. After being guided (okay hauled) up to the forest canopy I just could not bring myself to do the descender. Stepping off that platform was just a step too far but it was almost paradoxically empowering to say no and feel okay with that decision. It helped that I was also given the option of the fabulous 1,000ft zip wire ride down to the trees where my small family and Georgia were waiting, so I guess I stepped off that platform anyway. A huge rush followed which was very like flying.

The whole experience is highly recommended, you will be in good hands and for hard-core climbers there is ‘real tree climbing’ on four trees. The basic package is rope course and 3G swing and this takes 2.5 hours with 30 more minutes for extra activities and an hour for the army assault course.
Pippa was full of praise for the session (held in glorious April afternoon sunshine) which, even as a veteran of EOE gift experience features, she gave an unhesitating ten out of ten: “The high ropes was quite scary for me at first but once I went on the second section it felt easier and then I went up a 20ft ladder that was also really fun but my favourite was the 3G swing with my Dad. It looked really scary but my Mum made me do it and I’m glad she did because it was so much fun – like a super giant swing that went high and fast. Then I went on the assault course and the best bit was swinging on the ropes like Tarzan with my Mum.” 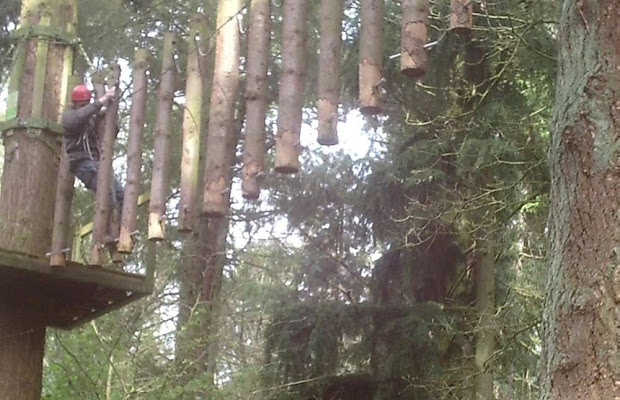 A final word about the staff – “I like to call them the team” – that Anna, a psychologist by training, has assembled. In their twenties, all have a certain quality, a “focus” (Anna’s word) about them. Thus one girl plays football with Norwich City, a chap is a billiard champion, another a trainee vet and one was high up the martial arts ladder . . you get the picture.