• ‘Group Therapy’ will be released on 5th October 2018 through Be-Known Music. 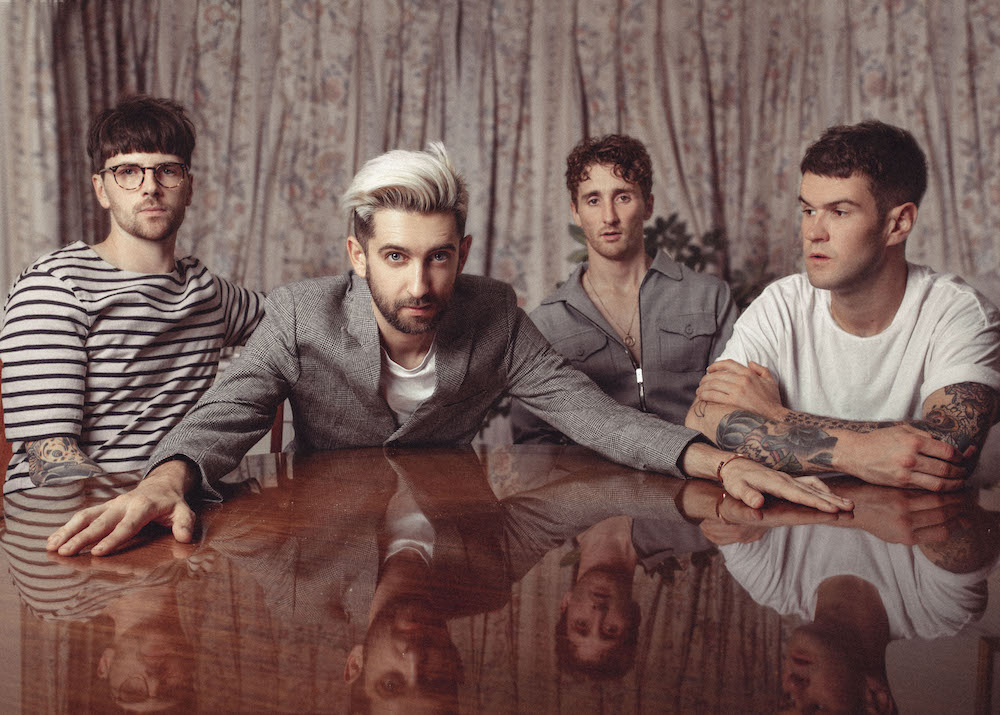 Eliza & The Bear are back with a revitalised sound, fresh from new single ‘Real Friends’ the bands second full- length will be released 5th October 2018.

It’s been a tumultuous couple of years for the London-based outfit. Tipped for success on their emergence in 2013/14 by many corners of the music press.

A sold-out UK arena tour with Paramore followed, along with main stage appearances at the Reading & Leeds Festivals, Boardmasters, V Festival and Zane Lowe making ‘It Gets Cold’ his ‘Hottest Record In The World’ on his BBC Radio 1 show. The eponymous debut album reached The Official UK Top 40 in 2016.

The major label life then caught up with them and a parting with Universal lend them to a cross road and a difficult time all round but especially for front man James Kellegher:

‘This record was written during some tumultuous time for Eliza, after breaking from the haze of a major label whirlwind where one day you’re the man, the next they can’t remember your name, we didn’t know if anyone still gave a shit about us or about what we had to say.

Some people face life’s problems head on, some find a way around. I’m in the company of people who prefer to ignore it, and hope it somehow gets better. Talking, for me, was never the easy route, so I never took it. But now a conversation has been started, too many times we wake up to news of another suicide, and it’s becoming more frequent in the entertainment industry.

Dealing with anxiety/depression/whatever your mind does to fuck up your day, shouldn’t be a solo effort. It became clear that we were all suffering in different ways, with different things. These different things, became songs and those songs became ‘Group Therapy’.

I’m hoping ‘Group Therapy’ means as much to you as it does to us. Don’t suffer in silence.’

New Album ‘Group Therapy’ is released on 5th October through Be-Known Music and the band are on tour throughout August and have a selection of festivals during the summer.

18 – The Half Moon – Bishops Stortford