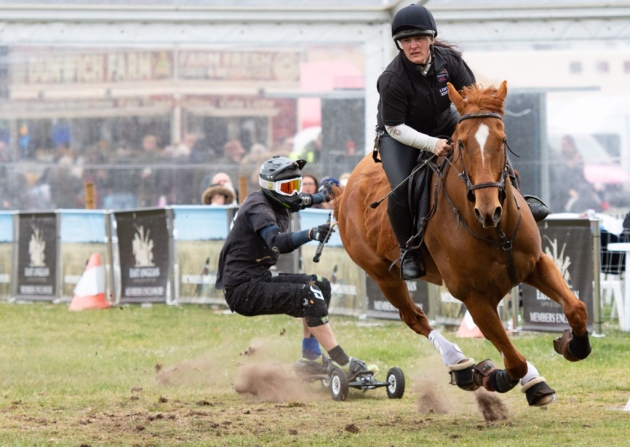 This year and for the third time, the Duke of Grafton’s Euston estate, near Thetford, opened its doors to the East Anglian Game & Country Fair.

With well established good parking and logistics and its particularly attractive setting as a family day out, the event was graced with at least some sunshine on the Saturday, and with really nice conditions on the Sunday.

As usual we headed down the 2nd Avenue North towards the Ferris wheel which undeniably gives the classic view of the site. Afterwards more browsing on the north Avenues threw up interesting stand holders including the Norfolk and Suffolk Police horses and some specialist country clothing and equipment suppliers. 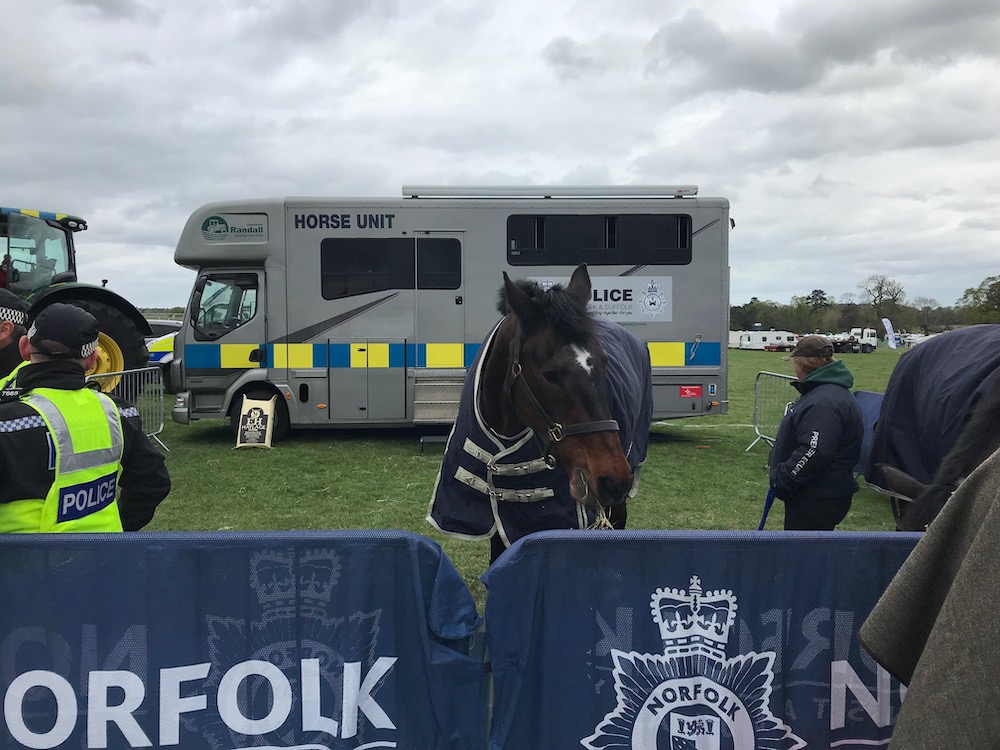 There followed a round of clay shooting, fishing demos, dog shows, and archery to make us glad we made the effort. 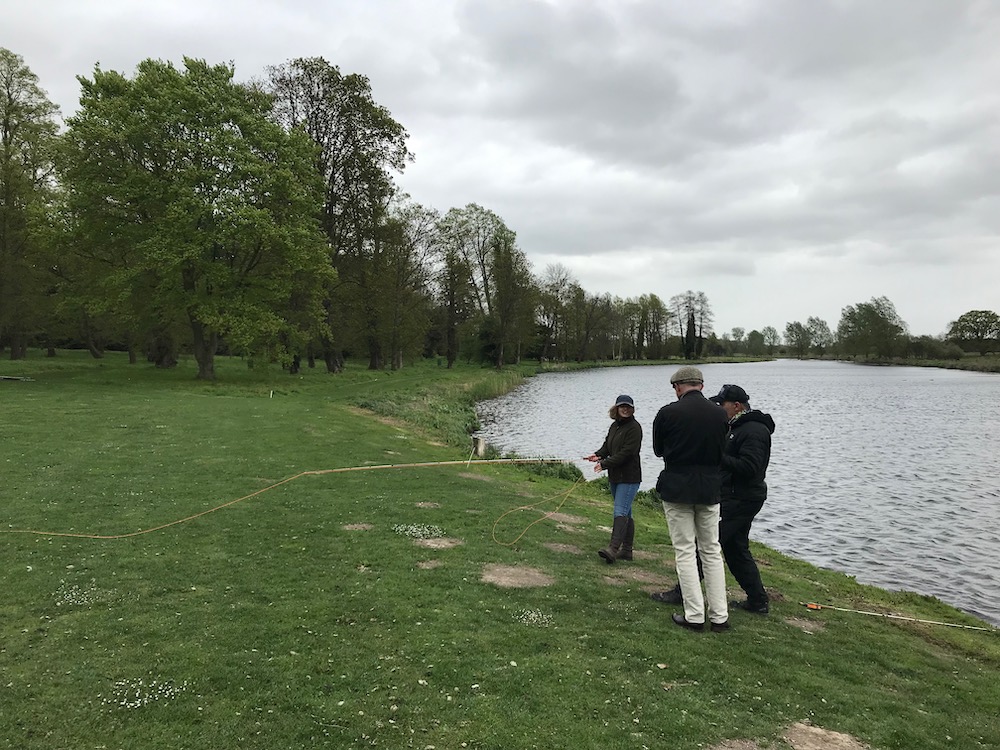 The pole and tree climbers and tree surgeons are an event in themselves and compulsive viewing as you walk by. Seeing Chalky White and his Tree Worker Training team strip a tree, 50ft up in harness, really is something else. Next, for some relief from the sound of chainsaws we headed for the Game Fair Country Kitchen and food theatre. After some truly fab donut and chocolate based food washed down with more hot chocolate, Andy Newman hosted a great display by Andrew Jones of Farmyard Restaurant, Norwich and the Dial House in Reepham. Andrew made Norfolk venison, soft corn tortillas, smokey pepper and chocolate sauce with a parsley and coriander salsa. Of note was the masa harina (Mexican corn meal) used to make the tortillas, which was an exotic blue colour! 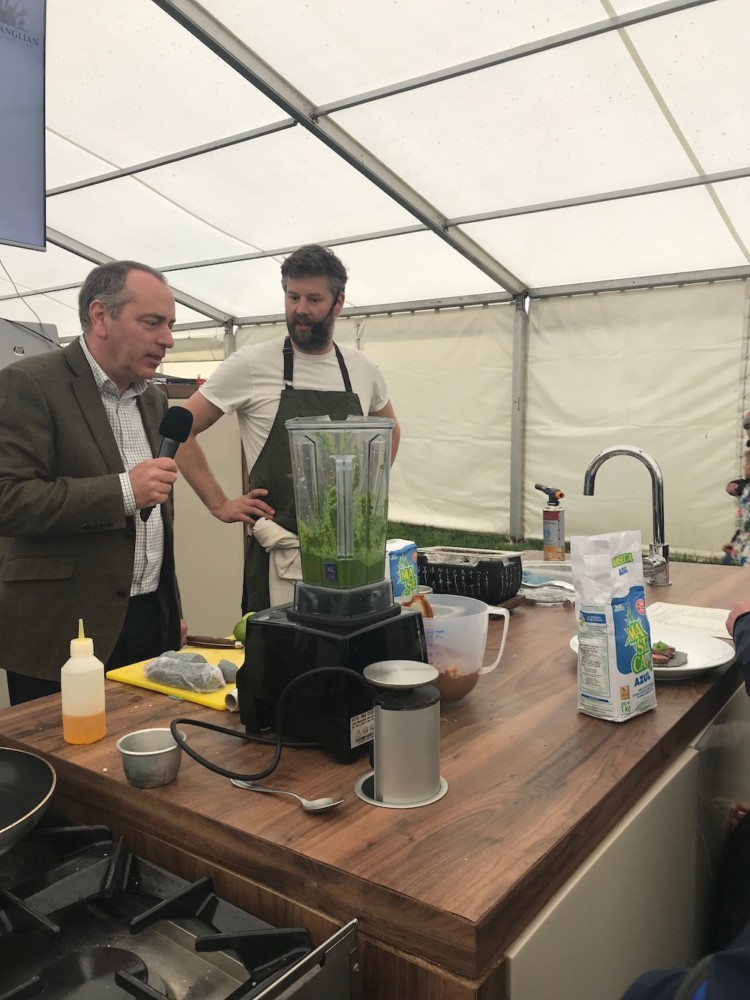 It was now time for the fishing end of the show at the Black Bourn River where Hywel Morgan, Alan Riddell and the Norfolk and Suffolk Flyfishers Society held sway. Hywel gave a casting lesson to a young female fisher. She did well to get a line out given a gusty back-wind but was expertly taught by Hywel and did really well. 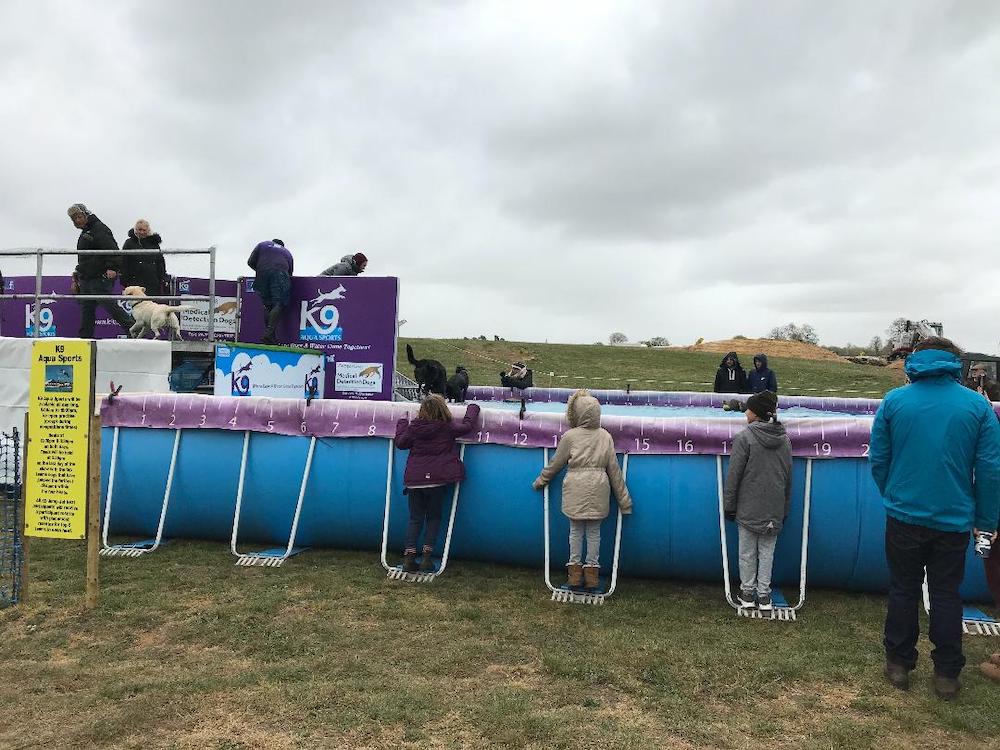 Once again Pippa and Yorkshire terrier Lucky managed to pick up a coveted Agility rosette, and credit to all those dogs and owners who queued so patiently at the K9 Village for their turn to shine – and the dedication of the judging teams. A nice moment was once handler who jumped around in excitement whooping on finishing her round – just for the sheer joy of it. 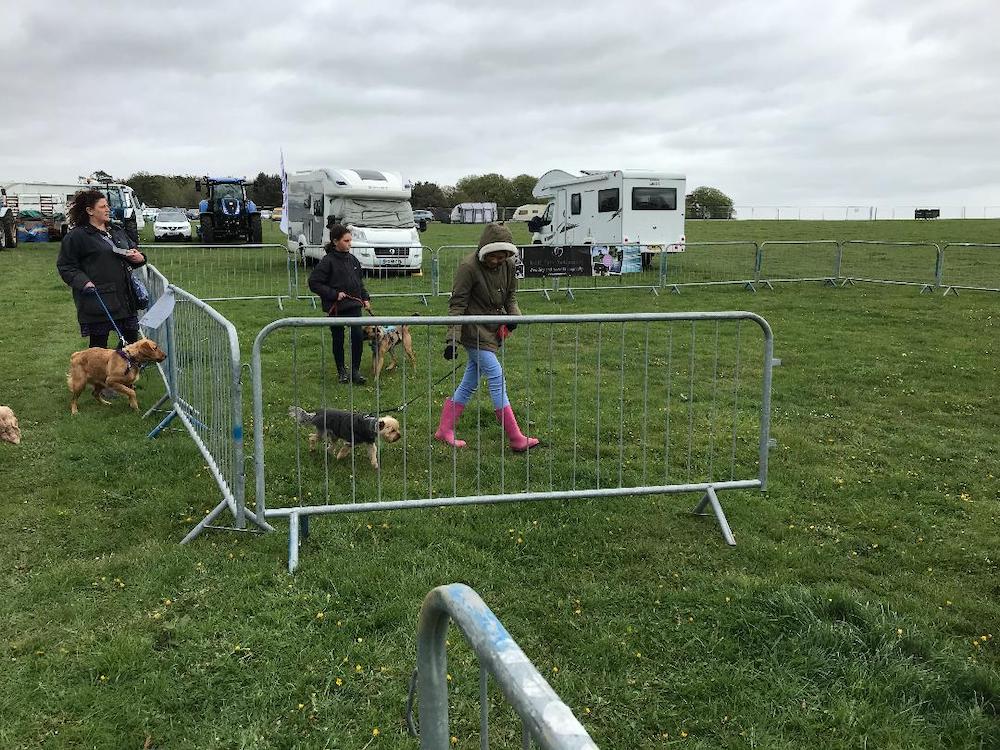 What else – well, 4×4 off road courses, a full music programme including Sarah Probert, Sue’s Acoustic and Cliff Richard lookalike Will Chandler spiced things up on the entertainment front, as promised an open air screening of The Greatest Showman scheduled for the Saturday early evening.

Pippa’s view was she had great fun with Lucky at K9 and she had to mention how on trying out the Ferris wheel we started off the trend as we were first on in gusty conditions but then a queue formed as we left. She described the food: “We had delicious (long thin) Churros donuts with a pot of chocolate sauce then white hot chocolate with strawberries covered in white and milk chocolate.”

Although a cool night beckoned for the onsite teams (one had a tent-on-a-Land Rover Discovery set-up that could have been chilly in cool gusty breeze), all were ready to go again on the Sunday which turned out fine again for this now established event. 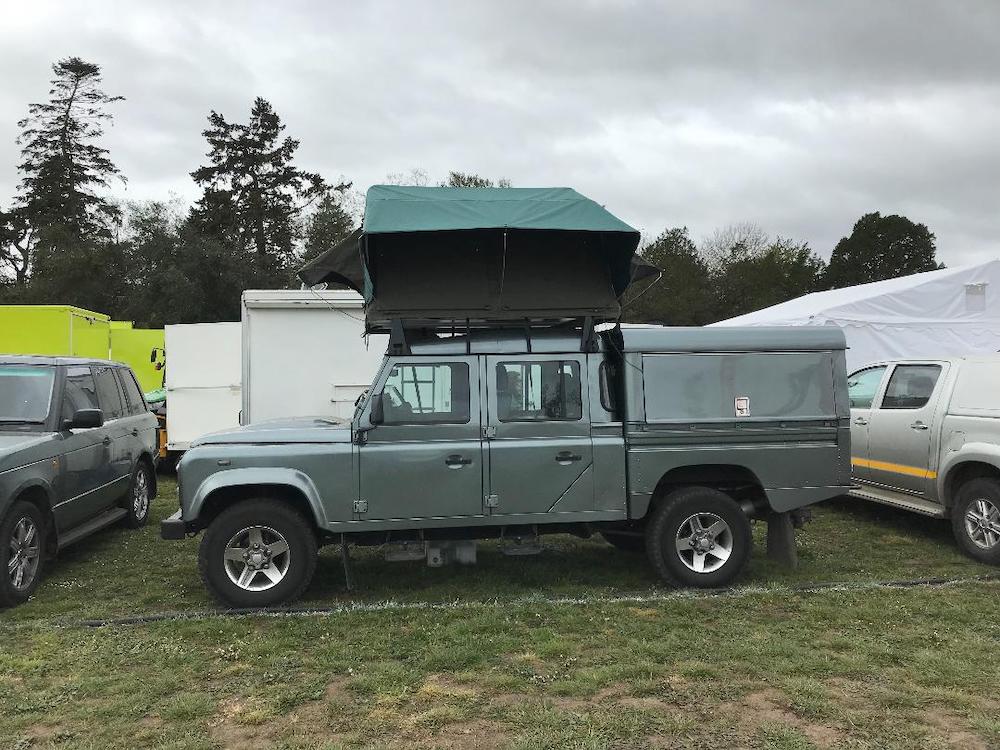 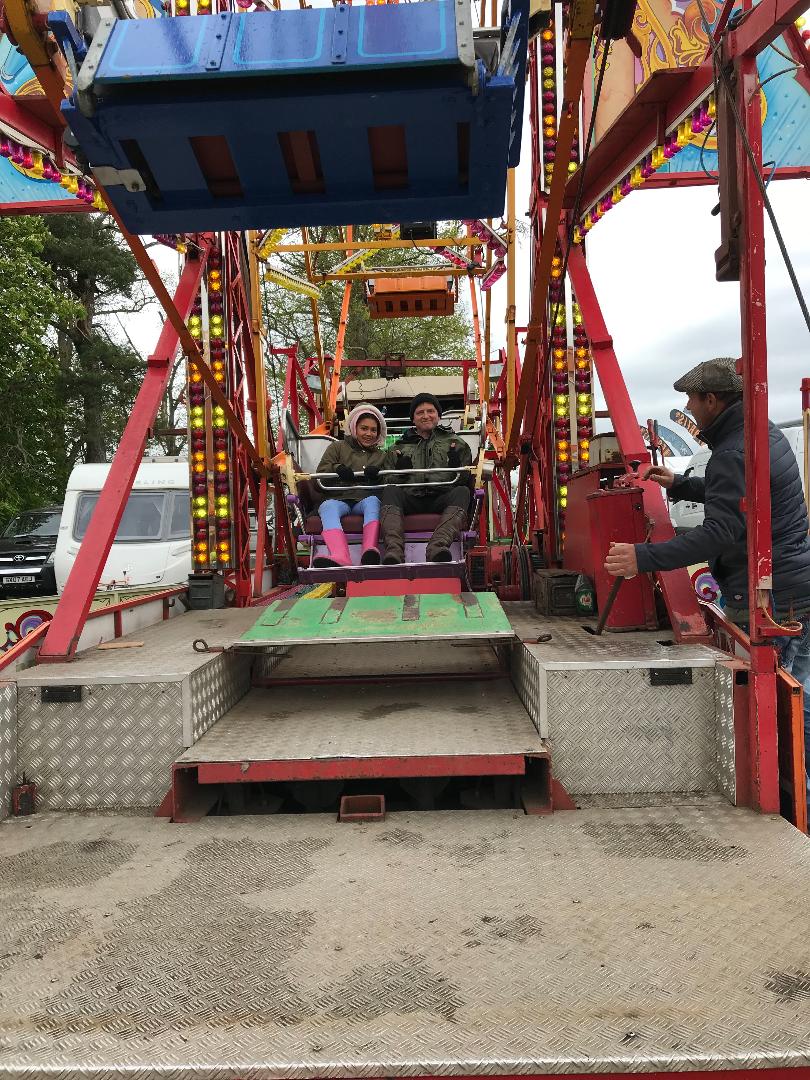