If you’ve ever wanted to see behind the scenes around horse racing in Newmarket, then this National Stud Tour experience is for you! Even if you aren’t a fan of racing, I have a feeling you’ll be “off to the races” after a day out with Discover Newmarket!

We met up with our tour guide Char in the morning to start our tour at 9:00. Luckily she doesn’t keep a 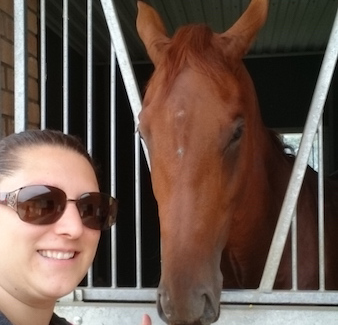 stable lass’s hours, so you won’t be getting up too early to enjoy some behind the scenes hoof work! I joined Char and just one other person in what turned out to be a very exclusive tour. We hopped inside Discover Newmarkets’ flashy new van and headed up to the gallops on Warren Hill to catch a bit of the ‘second lot’ getting some exercise. How breathtaking to see group after group go by against the hill. The view is so special, it is depicted in many paintings, and artists flock here to give it their own spin on canvas.

The National Stud opened its gates to the public for the first time in the mid 1970’s. To this day The National Stud remains the only commercial stud farm in the UK allowing individuals, small groups and large parties the chance to see behind the scenes of a working Thoroughbred stud farm. 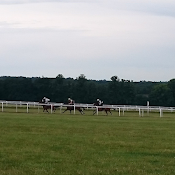 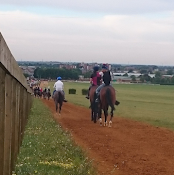 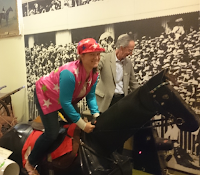 The Tour price is just £11.00 per person (child/Adult/Senior), under 5’s are free of charge and do not need to be included in the booking process.

EOE most certainly recommend the National Stud Tour as a fantastic Gift experience!

Melayna Wilder, whilst being a full-time mum undertakes many of East of England Online’s fantastic Family Days Out articles.