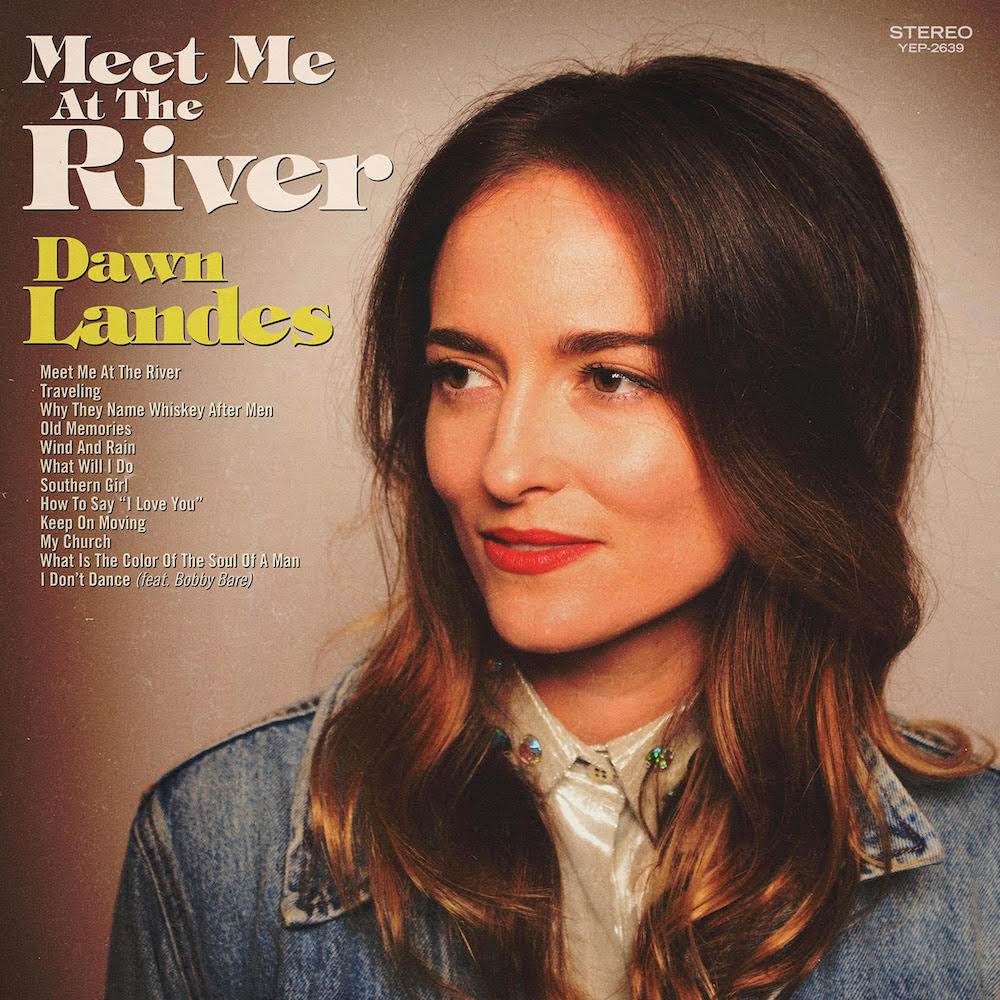 Listen To “What Will I Do” HERE

Dawn Landes is one of the most fearlessly innovative musicians working today, but the songwriter has made potentially her boldest turn yet with ‘Meet Me At The River’ out September 14th on Yep Roc Records.

Teaming with the Country Music Hall of Famer was far from a predictable move for Landes, whose previous collaborators include Sufjan Stevens, Nico Muhly, Norah Jones, Will Oldham and Andrew Bird. Despite shaping up as something of a musical odd couple, Landes and Foster bring the best of their respective worlds to ‘Meet Me At The River,’ creating something a more conventional pairing could never touch.

‘Meet Me At The River’ marks the first time that Foster has taken on a new act in years, only sporadically producing for friends like Willie Nelson, Merle Haggard and Ray Price. That all changed when Landes cold-called Foster from a tour with Sufjan Stevens in New Zealand. Upon her return to the States, they spent hours in Foster’s Tennessee home; listening to Hank Williams and trading stories as Landes dazzled with her heart-wrenching vocals and expressive songwriting. The connection was instant, and Foster’s semi-retirement was no more.

For the ‘Meet Me At The River’ sessions, Foster assembled an A-Team of Nashville musicians: 13-time Academy of Country Music drummer of the year Eddie Bayers, fellow Country Music Hall of Famer Charlie McCoy on harmonica and ‘From Elvis In Memphis’ pianist Bobby Wood among them. Foster even recruited Bobby Bare, with 70 hits on the country charts in a five-decade career, to duet with Landes on her original “I Don’t Dance.”

The track is one of ten Landes-penned songs on the record, embracing themes of heartbreak (“Why They Name Whiskey After Men”), wanderlust (the insatiably catchy “Traveling”) and reckoning with youth (“Southern Girl,” “Old Memories”). ‘Meet Me At The River’ also sees Landes revive a pair of lost gems from folk singer Jimmy Driftwood, a Foster collaborator from the 1960s. His politically-charged “What Is The Color Of The Soul of a Man” feels particularly poignant in Landes’ hands, even 55 years after its initial release.

Landes will bring ‘Meet Me At The River’ to life during a string of intimate shows in the UK & Ireland this October:

‘MEET ME AT THE RIVER’ TRACKLIST

3. Why They Name Whiskey After Men

11. What Is The Color Of The Soul Of Man

The album is now available for pre-order: http://lnk.to/dawnlandes