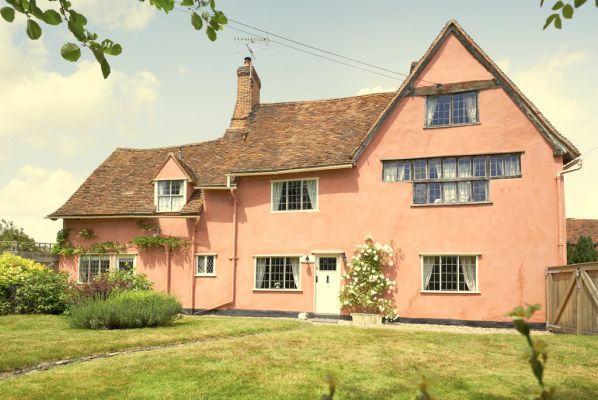 Cressland is a grade II * listed 15th Century timber framed, holiday cottage which overlooks the famous Kersey “Splash” (ford) and former marketplace. Cressland contains two 16th century parlour bays (now the sitting room and dining room), with attached Tudor service bay (now the kitchen).   See if you can spot the daisy wheel which is carved into the Bressemer beam in the dining room, intended to ward off evil spirits.
The Suffolk brick floors, exposed floorboards and fireplaces are all original and parts of the house date back to the 1400s.  Over the years Cressland has seen many changes and additions.  It was believed to have been a master weaver’s house (hence the many original ovolo-moulded and oriel windows) as well as an inn. In 1841 it was divided into cottages.  Subsequently, it became a penny school and a horse doctor’s house and then the local veterinary surgery.  If you look up at the Kedges End side of the house, you will still see the horse doctor’s ‘sign’ – a horse’s tail hanging from the corner.
Each of the bedrooms in the house is named after TV programmes, advertisements and films which have been shot in and around Kersey.
Lovejoy: A long running TV show about a Suffolk antiques dealer starring Ian McShane. The first scene of the first series was filmed right outside Cressland in the ‘Splash’.
Meerkat: A ‘Compare the Meerkat’ advert was filmed in 2011 in the Village Street, pub and school.
Hallows: Harry Potter and the Deathly Hallows features scenes filmed in Lavenham – De Vere house in Lavenham appeared as Harry’s childhood home.
Witchfinder General: A cult 1960s horror film about the notorious trials of witches in Suffolk during the 17th century. Starring Vincent Price and Ian Olgivy. The opening scene of the film is set in Kersey. 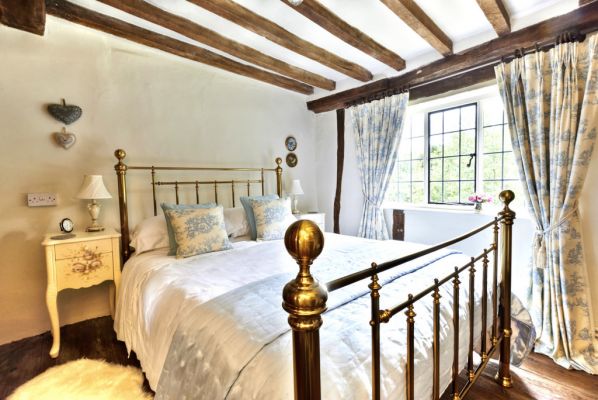 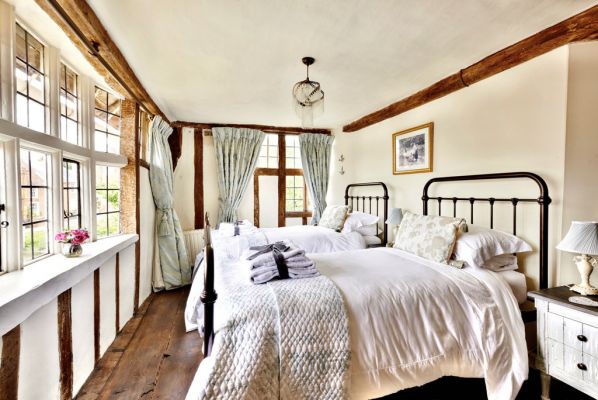 • Luxury, spacious, characterful, self catering holiday cottage with a host of original features. The perfect       location for a romantic break, family holiday or corporate retreat
• Welcome basket with everything you need for a hearty breakfast and afternoon tea.
• Pub 100 m
• Only 90 minutes from central London
• Nearest airport – Stansted 80 mins – 43 miles
• Available for long/short breaks and romantic weekends
• Friday or Monday changeover
Cressland By The Splash, The Street, Kersey, Suffolk IP7 6DY.