City of Stars comes to Cambridge 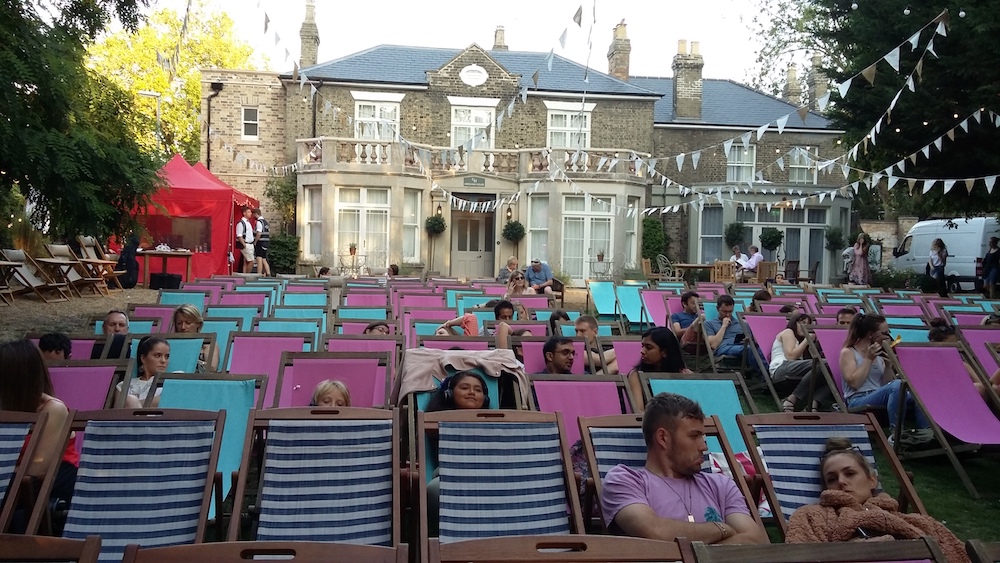 Six Oscars sounds a bit greedy, right? Not when you consider we are talking about La La Land, the quintessential rebooting of the US musicals classic that shot into modern film history and sweeps you away in a world of tap, colour – and (literally) all that jazz.

Now in its fourth year, Enchanted Cinema have come to see the Gonville Hotel’s hidden ‘secret garden’ as something of a spiritual home and this was the setting for the Damien Chazelle movie that renewed people’s interest in the genre.

The hotel setting was pleasantly backed up with the charm of the Enchanted staff led by Will. Around the garden, that was decked out with what at a rough count looked like 200 or so deckchairs, were tasteful marquees with fresh popcorn stand and other accoutrements this was a perfect setting. Bar food at a special rate was available for film goers. This was a popular option – so much so that it meant queues delayed the start of the film somewhat but this extended the time we could listen to the pre-screening events.

There was a nod to the Cambridge Film Festival as a short was shown, and this was a nice gesture. However, that only came after Enchanted Cinema’s very own Rag and Bone Man who was the evening’s ‘live music from a local artist’. His eclectic offerings even extended to Fulsome Prison Blues, sung with a feisty young woman, Chloe, who gave the off-screen story of the night by presenting our balladist, to his evident delight, with a pass to the Cambridge Folk Festival. 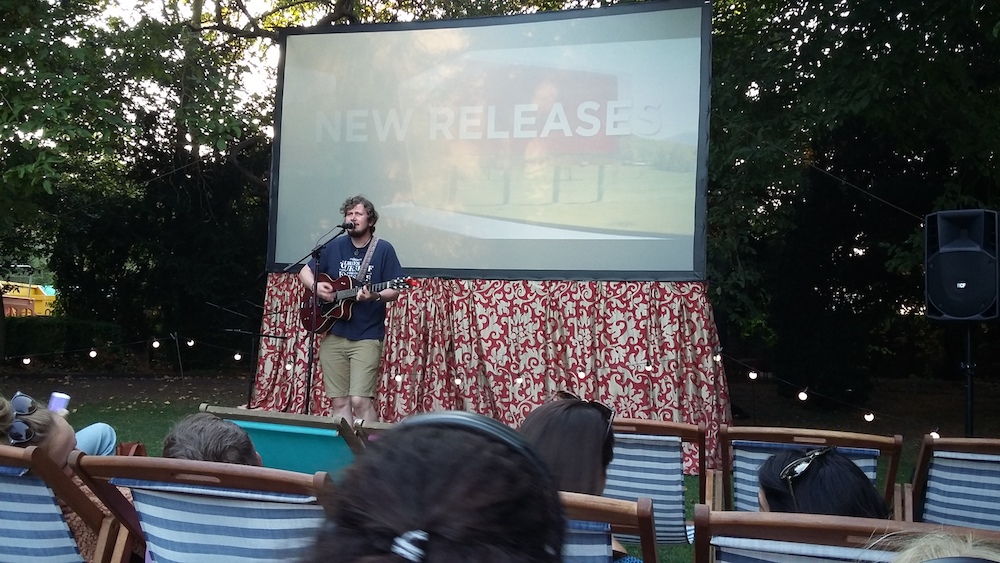 The film, of course, was magic. If like us you saw it on the TV at home in the end it was obviously a joy to see it come to a big screen. Mia (Emma Stone) and Sebastian (Ryan Gosling) played out their will they won’t they faltering romance as viewers sunk into their deck chairs at a very relaxed angle, with quality sound coming through the headphones.

We took our daughter Pippa and her friend Ella, both 11, and they loved the independence of leaving the adults lounging as they dashed into the hotel for a quick adventure. “Pretty and exciting,” was their view of the evening.

All in all, this was summer magic that will supply memories to keep you through the long winter nights. Oh and that starry night sky? Yes it was there, at the end the stars shone through. 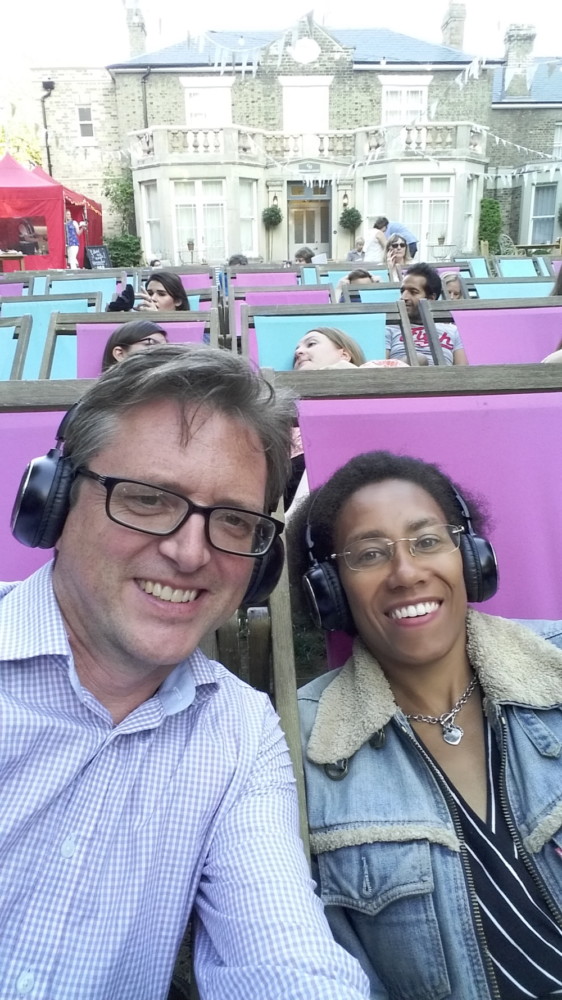