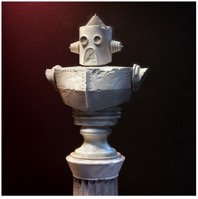 Album pre-order and access to exclusive ticket bundles from: https://caravanpalace.tmstor.es

Parisian electronic alchemists Caravan Palace announce the release of their new sonically explosive album ‘Chronologic’ as August 30th 2019, along with a full UK tour starting January 2020. In addition to the headline shows, Caravan Palace will also play Love Supreme and Wilderness festivals in 2019.

Following on from the huge success of their last studio album, 2015’s <I°_°I>, could have seemed quite the task for the band. <I°_°I>, with its fusion of hedonistic house and old school jazz, has now sold more than ¼ million copies and featured the huge viral hits in ‘Lone Digger’ and ‘Wonderland’, whilst affording the band opportunities to perform on primetime UK TV shows including Later…With Jools Holland, The Jonathan Ross Show, Tonight at The London Palladium, and BBC 2’s Hootenanny.

The instrumentalists and studio wizards have more than risen to the challenge, once again pushing their idiosyncratic soundscapes to new heights. and continuing to blur the lines between vintage and modern. Broadening the sonic palette, the early swing, jazz and big band of previous records now share the stage with new influences including rhythm & blues, bossa and soul, amongst others, while the production and performance are firmly rooted in the present. Two years hunkered down in their subterranean studio have resulted in a record that is joyous, high-spirited and so distinctly Caravan Palace. For the first time, the band has also invited a selection of superb guest singers to appear in their music, adding to the texture and widening appeal of their sound.

Initial singles from ‘Chronologic’ are already experiencing radio support from the likes of BBC Radio 1’s Future Sounds with Annie Mac, and BBC Radio 6 Music, along with airplay worldwide. First single ‘Miracle’ had its visual treatment from the same animation studio as the legendary ‘Lone Digger’ video, and has climbed to over 4.3 million YouTube views since its release in February. The second single ‘About You’, which is also the first to feature outside talents courtesy of vocalist Charles X, is has notched up nearly 1 million Spotify streams in the month since its release.

The musical virtuosity of the band combined with their panache, flair and genuine joy in performing live is evident at their awe-inducing sold out headline shows – recent highlights include Brixton Academy & Somerset House – and main-stage performances at festivals including Glastonbury, Boomtown, Secret Garden Party and Wilderness.

Not only are Caravan Palace stunning the live scene, they are one of the most viral acts in the digital world with statistics rising at an extraordinary rate; 2.1 million video uploads on TIKTOK (world’s most downloaded app), 1.5 million monthly listeners on Spotify, +¼ billion Spotify streams, 1.1 million YouTube subscribers, 200 million YouTube plays of the ‘Lone Digger’ official video adding to 479 million total YouTube official channel streams.

2 About You Feat. Charles X

A guide to October’s highlights on Eventswhatson.com